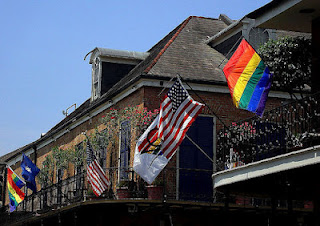 New Orleans Gay Pride is sometimes overlooked by the out of town masses for more well-known annual events like Southern Decadence and Gay Mardi Gras. But, The Crescent City has a rich Gay Pride history dating back to 1971 when the newly-formed Gay Liberation Front of New Orleans presented a "Gay In" picnic in February in City Park.  That was the very first such event in the entire state of Louisiana.  Several other gatherings were held throughout the city that year, and intermittently thereafter until it became an annual event in 1978.  The 1978 event, held in Jackson Square, was the first to be identified as "gay pride."  Later that year, a larger event called "Gay Fest" was presented in Washington Square, just outside of the French Quarter.


The first street parade was held in 1980.  In 1981, the event moved to Armstrong Park, and was emceed by New Orleans native Ellen DeGeneres.  An event of some nature has been held almost every year since.  In 1995, the celebration was rescheduled from June to Fall.  In 1998, the festival was moved back to Armstrong Park, and in 2002 the parade was rescheduled from Saturday afternoon to Sunday night. 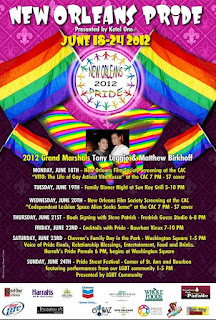 For 2005, the organizing Board voted to move Pridefest back to June.  At the same meeting, it was decided to schedule only a street parade during the weekend, putting the other daytime events on hiatus during a year of restructuring.  There was no parade for 2006 or 2007, with only an organized festival being held.  A parade was once again held during the 2008 celebration, with a gathering in Washington Square.


New Orleans Pride embraces the message in our mission to celebrate and promote the history, diversity, and future prosperity of not only the New Orleans LGBT community, but the New Orleans community as a whole. We are using public awareness of and education about the LGBT community as a way to combat "phobias" and discrimination. This year we are creating ways to increase the interactions between the LGBT and the Heterosexual communities. These new annual programs leading up to and during Pride weekend are meant to include individuals from every walk of life. We are very pleased to be working with area schools gay/straight alliances, both on the high school and the college level, as well as several family related organizations. 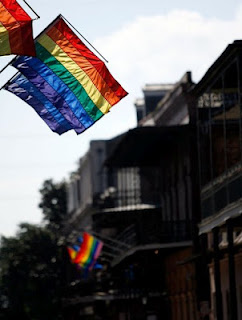