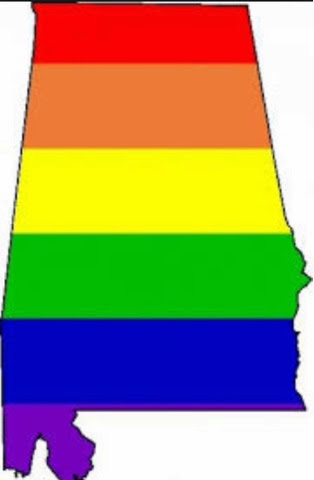 MONTGOMERY, AL (WSFA) - A federal judge has ruled that the State of Alabama's "Sanctity of Marriage Amendment" and the "Alabama Marriage Protection Act" are unconstitutional because they violate the equal protection and due process clauses of the 14th Amendment.

“We are disappointed and are reviewing the Federal District Court's decision. We expect to ask for a stay of the court's judgment pending the outcome of the U.S. Supreme Court's ruling which will ultimately decide this case," said Alabama Attorney General Luther Strange's spokesperson Mike Lewis in an emailed statement.

"The people of Alabama voted in a constitutional amendment to define marriage between a man and a woman. The Governor is disappointed with the ruling today, and we will review the decision to decide the next steps," the governor's spokesperson Jennifer Ardis said in an emailed statement.

Another powerful state politician, Alabama Speaker of the House Mike Hubbard (R-Auburn) is speaking out, promising an appeal issuing a statement that reads:

"It is outrageous when a single unelected and unaccountable federal judge can overturn the will of millions of Alabamians who stand in firm support of the Sanctity of Marriage Act. The Legislature will encourage a vigorous appeals process, and we will continue defending the Christian conservative values that make Alabama a special place to live."

“This historic ruling is a giant step toward full equality for LGBT people in Alabama and does not harm anyone. It is a victory for Alabama families and the children of same-sex couples whose lives will have more stability and certainty now that they are afforded the same rights and privileges as other married couples."

“Yet, more work remains on behalf of LGBT people. They still face discrimination in the Deep South, including formal discrimination enshrined in the law. It is still a felony in Alabama for LGBT people to have sex. Teachers in Alabama are still required to teach that homosexuality is immoral and illegal. And, of course, there is the private discrimination that LGBT people face every day, but the law fails to prevent.”

The ruling came after two Mobile women, Cari Searcy and Kimberly McKeand, filed a federal lawsuit to force the State of Alabama to recognize their out-of-state marriage in order for them to both become legal parents to their 8-year-old son. The suit said Alabama's ban on same-sex marriage and its refusal to recognize legal, valid marriages from other states violated their constitutional rights.

Searcy and McKeand have been a couple for more than 14 years. They were married in California in 2008 but have lived in Mobile since 2011.

The Human Rights Campaign, which says it is America's largest civil rights organization working for gay and transgender equality, praised the ruling by Judge Callie Granade, an appointee to the federal bench by President George W. Bush.

"Judge Granade's ruling today affirms what we already know to be true – that all loving, committed Alabama couples should have the right to marry,” said HRC Legal Director Sarah Warbelow. “As the U.S. Supreme Court prepares to hear a landmark case on marriage equality, today's ruling joins the dozens and dozens of others that have recognized that committed and loving gay and lesbian couples deserve equal treatment under the law.”

There is currently no stay on Judge Granade's ruling, meaning gay and lesbian couples could begin applying for marriage licenses when county clerks offices open on Monday.

My husband just came into my office to tell me this news. Exciting times!

I wonder how much money they will waste trying to defend the indefensible.

Great news! Hope all states eventually get there too. :)

Alabama!!! Hey... isn't that the first southern state to do that?!

Wonderful news, Joe. So happy for you and your state. :)

So wonderful to read this!!! I would have loved to have gotten married in Ligon Chapel at Huntingdon, or Bellingrath Gardens, or on Dauphin Island.

Have a great weekend!
Robert