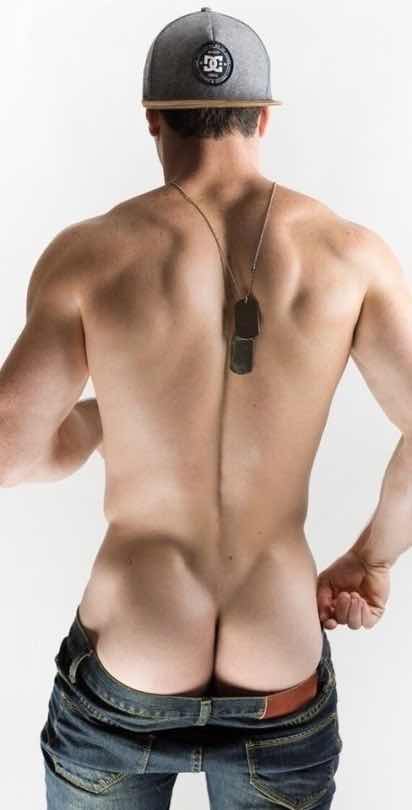 As I said Friday, I went to the Burly Bears: Rough Trade get together. I arrived at Red Square and paid my cover charge, got a drink, and looked for the Burly Bears. I saw no one that fit the bill. I sat outside and listened to the band that was playing. Nothing seemed to scream Burly Bears. Then I spotted a group of guys come out and smoke that looked the part, but then they disappeared. I knew there was supposed to be a DJ and there wasn’t one in sight. I ended up texting a friend of mine that is familiar with all things Burlington and asked her if I was missing something. Was there a secret room somewhere? She said there was a small room kind of hidden in the back for parties. She was right, you could smell the men before you got there. I have to admit it’s an intoxicating smell: sweat, testosterone, and manliness. I remember it from the first time I entered a gay bar in New Orleans. I’d finally found it, but what exactly had I found?
The room was full of old men and young men, but nothing in between. Some were dressed in rough trade outfits, others were not. I did wear my black t-shirt, jeans, and boots, so I wasn’t totally out of place. (No picture, I completely forgot t get someone to take a pic of me.) However, I felt out of place. I knew no one there, and I’m a fairly shy person. One guy introduced himself, and I said my name back, then he walked off. I thought I might talk to other people, but everyone seeemd to know one another, and I might as well have been invisible. I’m just not that good at these things. I stuck around and people watched for a while, but eventually I was just bored. I finished my drink and after about an hour and half decided to head home.
I had fun watching the go-go dancer and some of the people watching. Next month will be “a trip to Rio: Carnival.” That might be fun. We’ll see if I go back. I’m thinking I’ll give it at least another try. The problem with Burlington, and Vermont in general, it’s a small place and everyone knows everyone, and it can be quite difficult for a newcomer. I do a little better with the drag queen events because I can take a female friend with me (I have no male friends up here). Also, I know some of the drag queens. The drag queens are friendly; the gay men, not so much. I’m not going to give up though.
Posted by Joe at 6:00 AM

I give you a standing ovation for going. Many times we have to put ourselves out there. We may get nothing in return BUT we may get a nibble and the start of something new. Your prince charming, bear, is out there. You just may have to kiss a few frogs. Hang in there.

Definitely go back. Give yourself a 30 minute rule where you promise yourself to stay for 30 minutes; smile at people and make your own fun. Hopefully you'll meet the eye of someone interesting or handsome or both.