We Need a Change 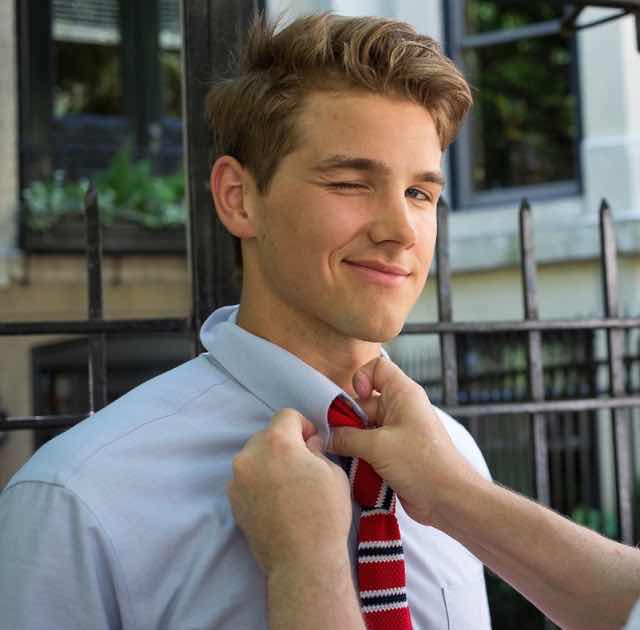 Time and time again, we think the Trump administration can’t sink any lower, yet they do. Last week was one of those moments. When The Trump administration took its hardest line yet to legalize anti-gay discrimination on Friday and asked the Supreme Court to declare that federal law allows private companies to fire workers based only on their sexual orientation.
An amicus brief filed by the Justice Department weighed in on two cases involving gay workers and what is meant by Title VII of the Civil Rights Act of 1964, which bans discrimination "because of sex.” The administration argued courts nationwide should stop reading the civil rights law to protect gay, lesbian, and bisexual workers from bias because it was not originally intended to do so.
I won’t go into all the specifics of the case though honestly it isn’t that complicated. The Supreme Court will hear the cases October 8. If the Court sides with the government, it will set LGBT rights back 50 years, because there will be a snowball effect.
Excuse my language and anger in the next paragraph, but while the first part of this post could most definitely affect me, the second part of this post directly affects now. And I am quite angry about it.
In other Trump disasters, those idiotic motherfuckers denied my Public Service Loan Forgiveness application for my student loans, because I haven't made 120 payments while working for a non-profit. I was clearly told to apply now to get into the program so I could make the 120 payments required for loan forgiveness. I was told by the loan company, a subsidiary of the government, that one must apply, be accepted into the program, make the required payments, then ask for forgiveness. Now they are saying that you have to make the payments first then apply. What bullshit! A coworker was denied because the Department of Education said she did not work for a non-profit, which we clearly do. Now they are telling me something different. What they hell! This is so fucked up. We need someone who knows what they are doing at the DOE, and to just one of Trumps floozies.
Trump has got to go and we need to make sure he and his cronies never influence American politics again.
Posted by Joe at 6:00 AM

That type of bullshit response is typical of bureaucrats in any government agency in any administration. Bureaucrats do not have to suffer any personal detriment from the decisions they may make, and being contrary minded is in fact the consequence of their desire to wield what power they have. Roderick

I totally am with you on your issue for that student loan.
Sometime, those bureaucrats act like if that money is coming directly from their pockets and are often heartless in regard of people in need to be reassured.

For your first part concern about the court next challenge for LGBT rights, I'm always amazed how you, USA LGBT people, are still struggling with any recognition of normal HUMAN RIGHTS.
Each time there are problems for LGBT like the Cake Gate, LGBT rights in USA is getting a jab from those «Christian» administrations and people.

Here in Canada, as you may know, our RIGHTS are part of our Canadian Chart of Rights and Liberties since 1982 and this chart is part of our Constitution.
(Our Prime Minister at that time, Pierre Elliot Trudeau, father of Justin Trudeau, began years before to elaborate this chart and even then, around the mid 70's, gay rights
were studied in many level of our different gouvernements.)

NEVER any company or employer in Canada could fire a LGBT guy because of his sexual orientation. I was teaching in a public high school and my school board even had some protection for us, LGBTs, in case we had issues with anyone, parents or administrative people etc..
In my high school we were 4 gay men and 3 lesbians.
One of the gay men was even doing a «Gay Week» in the school and he was inviting a gay group name «GRIS» to do a panel so the teens can be aware of what it means to be gay.
Those came to the auditorium, one gay man and one lesbian to meet the teens.

It's such terrible to see how different our countries are acting toward gay rights.

Remember, he's an evil businessman and as such, as long as the crazy Evangelicals keep paying him with with votes he's going to give them whatever their ugly, little hearts desire.

That is why in USA, as here in Canada and many other democratic countries, you MUST take religion OUT of your political system.
In some way, you're no better than those «Islamic» countries were the Shariah is the law.

Sorry for telling it that way but from my Canadian perspective I see it that way.
USA is getting more and more non tolerant to the «differences» that are in your society.
LGBT, latinos, blacks, Muslims etc..

I am very old, very tired, and very angry that,in the last years of my life,I have to see the rights we fought so hard for made less and less certain.

Now another generation must live in fear and wage war against ignorance and bigotry -- just to regain what we thought was a sure thing.

You're not alone in your anger re: the public service loan forgiveness program. It's working exactly as the Trump Administration planned (that is, not at all). He's stealing from public servants and the military to fund his damn wall, I guess.