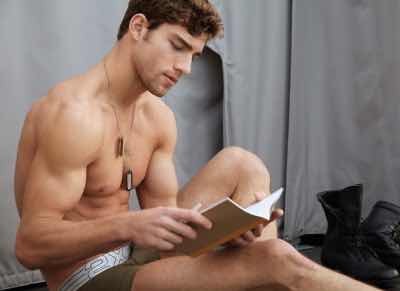 It finally happened. It’s something I have wanted and worked for years to get. I got an email last evening from the office of our university’s provost. The email title was “Appointment Letter.” The letter was congratulating me on my appointment as a non-tenure track Assistant Professor. It’s official. I am finally a professor.
When I named this blog The Closet Professor, it was in the anticipation that I would get my PhD and get a job as a professor. Neither of those things came to fruition. However, when I took the position of Curator of Education and Public Programs, it became a possibility that I would also gain the title of Assistant Professor. Then there were a few setbacks with the university’s bureaucracy, and I thought it would never happen. Now out of the blue I receive my letter of appointment.
I know you might have some questions, and I’ll try to answer some of them. This is really just an additional title. It does not come with a raise or additional duties. With that being said, it may not sound like much. However, it means a great deal to me personally. It’s a title I have wanted for many years, nearly 20 years to be exact. When I chose not to pursue a law degree and decided instead to go to graduate school, it was with the intent to become a history professor. Since then, through a series of unfortunate events, it did not happen until now.
Posted by Joe at 6:00 AM

Wow, such great news. And when you least expect it. Like you said, there may not be other perks, but it’s a recognition of your dedication and hard work. Congratulations!

Congratulations Joe for this, at last, achievement.
2020 will be a great year for you with this title and new appartement.

Congrats...Cream rises to the top...You did it...It doesn't matter how you go there...You got there...Now maybe the college can pay for you PHD...All the best in your new role...

"There is a tide in the affairs of men which, taken at the flood, leads on to fortune." May this be true for you, Roderick

Congratulations! It has been a long time since I have checked in here and am delighted to find this news. May you be well, may you be happy, may you be free.
Michael

PS -- Tom and I are fine in Madison. I am working on a book and volunteering at the local library. The cats have gone to cat heaven but as angel kitties keep an eye on us.

Congratulations, Joe. It may not carry a pay raise, but it's a good status and recognition to have. And being non-tenure track saves you from "publish or perish" I suppose.

Congratulations. Will you finish your PhD?

Many congratulations! It's always rewarding when you reach a life goal. Hope you have many years of happiness and joy in your new role.

Great news and congratulations. I'll be curious to see where this takes you.