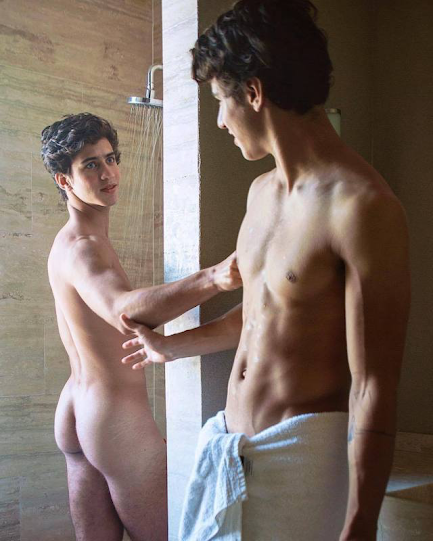 In May 2020, the U.S. Department of Education released its updated campus sexual assault regulations under Title IX. The law prohibits sex discrimination at federally-funded institutions. Schools were given only until August 14, 2020 to adopt compliant policies and procedures while Betsy Devos and the Department of Education (DoE) spent the last three years drawing up these new Title IX regulations. In 2017, the DoE withdrew the Obama Administration's guidance documents on the subject; a year later, it issued a lengthy notice of proposed rulemaking under the Administrative Procedure Act. This was the first full rulemaking on a major Title IX issue since 1975, and the only one ever dedicated to sexual harassment. It is not without controversy. What do you expect from a Secretary of Education who is neither an educator nor an education leader? The woman has NO experience in public education, never even attending a public school.

Sexual assault is a serious issue on college campuses, but it was not initially addressed in Title IX; however, the Supreme Court did address sexual assault, but only in discussing whether an institute of higher learning receiving federal dollars could be held responsible. In 2011, the Obama Administration issued a lengthy “dear colleague letter” spelling out the many measures schools must implement to “end any harassment, eliminate a hostile environment if it has been created, and prevent harassment from occurring again." Still, the Trump Administration withdrew the “dear colleague letter” to reframe Title IX. The 2016 Republican platform devoted an entire section to Title IX charging that the Obama Administration’s “distortion of Title IX to micromanage the way colleges and universities deal with allegations of abuse contravenes our country’s legal traditions and must be halted.”

So, what are the issues with the new Title IX regulations? The general outline was laid out in the November 2018 proposal. Its central feature was a return to the framework established by the Supreme Court in 1998-99. No longer would schools have broad responsibility "to take effective action to prevent, eliminate, and remedy sexual harassment" by "changing the culture." Now, the focus was on schools' responsibility to address cases of serious sexual misconduct. Simultaneously, though, the new rules have gone far beyond the Supreme Court in establishing what constitutes harassment, what schools must do to identify and adjudicate cases of misconduct, and the remedies they must provide to victims of such misconduct. As a result, the new administrative regulations are less radical—and more demanding—than the DoE’s critics often suggest.

What forms of harassment require a response from educational institutions? Under the new guidelines, the following are considered forms of sexual assault: rape, sodomy, sexual assault with an object, fondling, incest, and statutory rape. While the Supreme Court held that harassment must be “severe, pervasive, and objectively offensive” to trigger Title IX, the Obama Administration pushed schools to address harassment before it "becomes severe or pervasive" to prevent the creation of "a hostile environment." Schools are now to address the incidents, but are not expected to address the culture that causes such incidents. The entire matter is very complicated (if you want to read more, you can read this article from InsideHigherEd.) I was asked instead to read my university’s new policy and comment on it.

I immediately noticed the definitions of sexual assault and its archaic language. It differentiates between rape and sodomy.

Rape is defined as penetration, no matter how slight, of the vagina or anus with any body part or object, or oral penetration by a sex organ of another person without the victim's consent. Sodomy is defined as oral or anal sexual intercourse with another person forcibly, and/or against that person’s will (non-consensual), or not forcibly or against the person’s will in instances in which the victim is incapable of giving consent because of age or because of temporary or permanent mental or physical incapacity. This is what I don’t understand: Why is the federal government requiring separate definitions of rape and sodomy? Both are defined as forcibly or non-consensually having the victim's vagina, anus, or mouth penetrated with another person's body part or sex organ. I don't see the difference. Why must the two terms be spelled out? In my opinion, the use of the word “sodomy” is intentionally using homophobic language.

Sodomy is a word that has been demonized as a weapon to promote intolerance against gay people which is the main reason for my objection. The word promotes negative stigmatization, prejudice, and discrimination to practices such as anal or oral sex which have been associated mostly with the gay community. The term is sometimes even replaced with “crimes against nature.” Originally, sodomy was derived from church law designed to prevent nonprocreative sexuality anywhere and any sexuality outside of marriage (in some cases, any intercourse not in the missionary position between a man and a woman). Historically, the term has been used as a form of discrimination against gay men.

Though sodomy has been used to refer to a range of homosexual and heterosexual "unnatural acts," the term “sodomite” usually refers to a homosexual male even though the real meaning is nonprocreative sex. The term is derived from the Biblical tale of Sodom and Gomorrah, and Christian churches have referred to the crimen sodomitae (crime of the Sodomites) for centuries. The modern association with homosexuality can be found as early as AD 96 in the Jewish historian Josephus' writings. Sodomy, in historical biblical reference, probably did not even pertain to homosexuality, but the acts of bestiality and female and male castration for sexual slavery. The story of Sodom's destruction and Abraham's failed attempt to intercede with God and prevent that destruction appears in Genesis 18–19. The connection between Sodom and homosexuality is derived from the described attempt by a mob of the city's people to rape Lot's male guests. Some suggest the sinfulness for which Sodom was destroyed might have consisted mainly in the violation of obligations of hospitality which were essential according to the original writers of the Biblical account.

In essence, the new regulations are forcing educational institutions to use derogatory and homophobic language to differentiate between heterosexual and homosexual sex. The DoE is forcing colleges to violate Title IX, a law passed to protect people from discrimination based on sex in education programs or activities that receive federal financial assistance. Title IX covers students and employees at these institutions. Therefore, the new policy contradicts the Supreme Court ruling in Bostock v. Clayton County, Georgia, which ruled that the 1964 Civil Rights Act protects gay, lesbian, and transgender employees from discrimination based on sex.

As I read the definitions you gave from the reg, the one for "rape" does not include the word "forcibly," whereas that for sodomy does. So unless I've missed something, "rape" can be non-forcible, but "sodomy" is forcible.

But it's still a valid question why both terms are employed, since rape could be defined as "forcibly or non-forcibly." So you have a fair point.

Still, I think it's a secondary issue. The more important question is what the regs actually require and prohibit.

It appear again that USA's laws are a bit different than those here in Canada.

What is here consider as «rape» is all sexual encounter without the consentement of the «victim», no matter what kind of forced sexual behaviors.

Also, those offenses as like bullying are part of any situations including schools, colleges or universities. The law is operative in ALL of the society and no need for a special law for schools here.

A few takeaways---What is "serious sexual misconduct"...Is any sexual misconduct serious...It is uninvited, not consensual...Also, I have also learned that a higher law-Federal-could not be made weaker by a lower court...They can beef it up and make it stronger...But not dilute...In your example of the Supreme Court ruling...Sexual acts should not be parsed out by gender or sexual orientation...An uninvited, non-consensual act can be made by anyone-gay or straight and those in-between and anyone regardless of their orientation...Don't get me started on the language used to arrest, harass, and punish men who have sex with men (MSM) during the heyday of public cruising...Let's just say justice was not applied evenly...