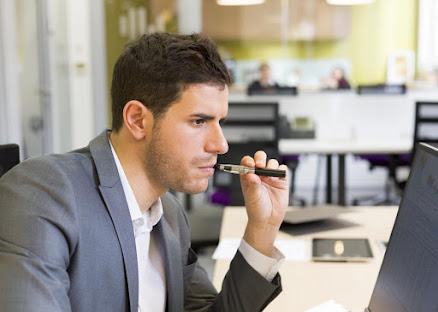 This week is the annual Oral History Association (OHA) Conference. As a member, I do like this conference. I’ve been to several academic conferences in the past, and some can be very contentious and pretentious. Academics want to show off in front of each other, and they can be very critical of historians presenting a paper at one of these conferences. When a historian presents a new interpretation of historical sources, other historians like to stand up and tell them what is wrong with their research. I always hated this about conferences. The Southern Historical Association (SHA) was always the worst one I attended. I loved the various places it was held, but the personalities were horrendous. The SHA is somewhat unique in that its members both comprise historians who study the American South and historians who are in the American South, so there is always a wide range of topics presented. However, the bulk of the panels are about Southern history. By the nature of the organization, you have many groups and cliques that just don’t get along: neo-confederates (a dying breed in academia), the Civil Rights historians, Civil War historians, African American historians, etc. You can see how this could be a contentious group.

The OHA, on the other hand, is an enjoyable conference to attend. The main topics are social justice, how to advocate for oral history, and best practices for oral history. They rarely ever argue on the methodology of oral history; in fact, I don’t think I have ever seen an argument at the OHA. They are, by nature, a delightful group of people. Basically, if you are an asshole, you will not make a very good oral historian because you won’t have the people skills to conduct a good oral history interview. I have to admit that some of the social justice people are a little overboard at times because, for them, no one should be marginalized in history, and there is always a new cause for which to fight. (Museum professionals are the same way at their conferences.)

The other conference I try to attend since I became a member of the organization a few years ago is the Rural Women’s Studies Association (RWSA). You won’t meet a nicer group of women. I seem to be one of the few male members, and while some women’s historians don’t like for men to study women’s history, I was welcomed with open arms by the RWSA. If you read the Washington Post, you will often see historian Katherine Jellicoe interviewed for various historical subjects. She is the co-chair of the group, and she is so kind. She took me around the first night of the conference introducing me to nearly everyone. I had presented a different version of the paper I presented at the RWSA conference at a graduate student conference in Mississippi. Since it was about a community of female African American landowners, I was criticized for telling the African American community's history when I am white. It’s not a fair assessment as a good historian can write about anything as long as they are objective. I reworked the paper for the RWSA conference a few years ago, and it met with great applause and interest. I have an essay in a forthcoming cookbook being published by the RWSA. Their triennial meeting is next May, but they have already decided to make it virtual. It was supposed to be at the University of Guelph in Canada, which likely meant I would not be able to attend, but I will be able to participate since it is virtual, and I will be able to go to the virtual book launch.

Speaking of the RWSA conference being virtual, the OHA conference this year is also virtual. It was supposed to be held in Baltimore, and I was hoping to get to go. It wasn’t sure I would have been able to afford it or that the museum would have paid for me to go, so the fact that it is virtual allows me to attend this year. Monday, I had a pre-conference workshop, which went very well. I am not sure I learned anything new, but it was nice to discuss issues with people in the field. Yesterday was not as pleasant. The two sessions I attended were not exactly what they had advertised them as being and turned out to be quite dull. Had I been in Baltimore for this conference, I’d have likely snuck out the back and gone to my room or a café and gotten a coffee. I hope today’s sessions will be more enjoyable. There is one about the Human Rights Campaign, so I am looking forward to it.

Today is going to be a hectic day. I have my next COVID test today. (We are being tested every three weeks at the University.) At noon, I am introducing our first live virtual program with a speaker on warrior women in history. It should be interesting. After that, I have two different one and a half-hour sessions to attend virtually for the OHA conference. This evening, there is a welcoming reception, which I sincerely doubt I will participate in because, at the same time, is the annual Pritzker Gala in Chicago, which will also be virtual. Col. Jennifer Pritzker (the first transgender billionaire) owns the Pritzker Military Museum and Library, which hosts the Gala. Col. Pritzker is also a major benefactor of my museum. Today will be a busy day. It’s going to be a busy week too, as the conference doesn’t end until 5 pm on Friday.

Indeed, neo-confederate historians are a dying breed in academia. I know several community college instructors and some high school teachers who would fit into the category. Most of them belong to the Society of Independent Southern Historians now, not the Southern Historical Association. Some might see my views as neo-confederate due to my understanding of the War Between States. I am by no means a historian in any recognizable sense, only a high school history teacher. This is a very informative post. Thank you for sharing and I hope you find some time to rest from all of the busyness this week.

It is always nice to meet folks of your elk and learn something new...Stretch your knowledge...Every organization I do say has a person (S) who one asks why are you here and a pain in the ass...It is also nice to meet new friends and reconnect with established ones...Who knows...Someone could be thinking of you for a position at their home base and think that you would be a perfect fit...Enjoy...Learn...