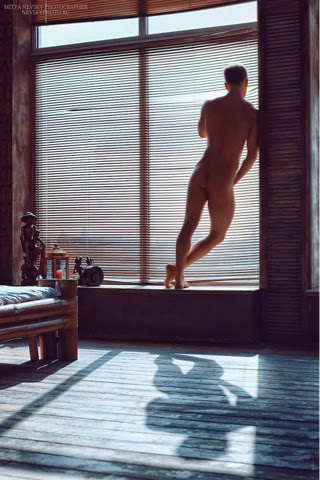 Holy Fire Ministries founder Bert Farias penned an eyebrow-raising piece about the LGBT community in Charisma magazine, arguing that homosexuality is "demonic" and will have "destructive physical, emotional, and spiritual consequences."

In his piece, Farias asks LGBT people and advocates to "please do not get upset with me. I am for you and not against you." In fact, he adds, he is "actually trying to help" people with same-sex attraction.  How can LGBT people and advocates not get angry over these ridiculous statements.  As an LGBT Christian, I am more than angry:  I am furious.  I have said it before and I will say it again, those who spread hate and fear and not doing the work of God, but he work of satan and all that is evil.

The piece, which is titled "The Raw, Naked Truth About Homosexuality," continues:

[Homosexuality] is such a putrid smelling demon that other demons don't even like to hang around it. A genuine prophet of God told me that the Lord allowed him to smell this demon spirit, and he got sick to his stomach. And yet as humans, many embrace this demon. Yes, you heard me right. Being gay is demonic.

There is an account in the Bible where Jesus casts out 2,000 demons out of a man. The demons came out screaming and begged Jesus to send them into the pigs. The pigs didn't want them, so they ran down a steep hill and were drowned in the sea. Pigs have more sense than some humans. People embrace homosexual demons, but the pigs would rather die than be possessed with demons.

It also bothers me that he misquotes the Bible.  The Bible never says that the man (in Mark it is one; in Matthew it is two men) is possessed by 2,000 demons.  The demon tells Jesus in Mark 5:9 "And Jesus asked him, "What is your name?" He replied, "My name is Legion, for we are many.""  No number is mentioned, and unless I am missing something, during this time period, a Legion would usually signify 5,400, the number of men in a Roman Legion.  Furthermore, there is debate on what the demons asked Jesus to do with them.  Most biblical scholars seem to believe that they were begging Jesus to allow them to possess the pigs than be returned to hell.  The verses don't say that the pigs fled from the demons, but that the demons possessed the pigs and drowned themselves in the sea.  It's a simple story that the misguided Bert Farias couldn't even relate correctly.  Why would anyone believe anything a so-called minister would say when he doesn't even know what the Bible itself says.

Farias further argues that homosexuality is not "biologically right or natural" and a choice, he adds:

If being gay was natural, two men or two women could produce a baby, but they can't. Their sexual reproductive organs do not complement each other therefore making it impossible for them to procreate. It can never be natural for two men or two women to get married and live together. Our culture's acceptance and celebration of gay behavior will never make it right. Wrong is wrong no matter how many people are for it. And right is right no matter how many people are against it. Homosexuality is not new. It's been around for thousands of years. It's as old as the devil himself.

First of all, the Bible tells us that only the weak will have children, for they are weak of the flesh and part of the world Nd cannot exercise self-control.  1 Corinthians 7:8-9 says "To the unmarried and the widows I say that it is good for them to remain single as I am. But if they cannot exercise self-control, they should marry. For it is better to marry than to burn with passion."  Each man has his own gift from God; one has this gift, another has that. Notice that he says some have the gift of singleness and some the gift of marriage. Although it seems that nearly everyone marries, it is not necessarily God's will for everyone. Paul, for example, did not have to worry about the extra problems and stresses that come with marriage and/or family. He devoted his entire life to spreading the Word of God. He would not have been such a useful messenger if he had been married.  God gave us a gift, the gift of loving someone of the same sex.  Some of us will have children; some of us will not.  But God gave us all special talents and we should use them according to God's word.

Not to be gross, but I have "smelled" the gay sex and enjoy the aroma...not a smell, but a pleasing aroma....

And, if it is so bad that other demons do not want to stay around it, then it must serve a good purpose.

And, how can it be that man should marry because they "burn with passion", and apparently for no other reason?

His article does in fact "smell" to me. Bet he has in fact experienced some aspect of homosexual behavior!!!

Silvereagle, it is interesting that anti-gay marriage advocates often say that marriage is only for procreation, yet Paul clearly does say that only those who burn who passion should be married. Paul believed that the end of the world was near and that the second coming of Jesus was imminent, which is why he advised against marriage and bringing children into the world. He wanted mankind to devote their life to God, not to one another. It's a passage I've always found curious and quite interesting considering the arguments made against gay marriage.

As a former fundamentalist christian I am constantly amazed at the number of people who even care about what the bible does or does not say or what it means. It's an irrelevant archaic compilation that has been used to do far more harm than good by the "christians" who supposedly believe in its contents.

That guy is a fruitcake. It saddens me to think that anyone listens to him, much less believes him. That shows you that the polls linking lower educational levels with fundamentalists and evangelicals are probably correct.

I guess it shouldn't surprise me anymore when someone comes forward spewing hate and trying to do it behind religion and wanting to "help". My God is loving and doesn't hate or call homosexuality evil or demonic.

Paul was evidently talking about widowers and widows, in response to question raised by a church member in Corinth concerning relationships between older people. We don't have the question, but it seems that Paul's comment has no bearing on young people's situations. "Remain even as I" needs to be understood with the background that the apostle's wife had died and he had no plans to remarry.

There can be no doubt but that Paul had been married earlier in his life. He would not otherwise have been eligible for membership in the Sanhedrin.