Postcard from the Edge 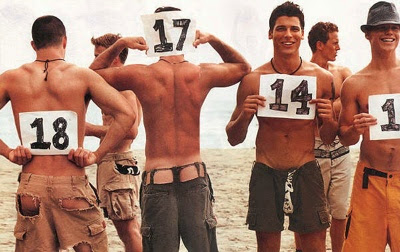 How many days does it take a postcard to reach Minnesota from Mexico?  Eighteen days, seventeen days, fourteen days? How about forty-one days!  While I was on my cruise to Mexico, I sent a postcard to a friend of mine.  It was mailed May 28th.  I had bought the postcard in Chichen Itza, and tried to mail it in Cozumel, but we didn't want to go all the way to the post office in the city center to mail a letter, so I asked guest services on the ship to mail it.  One of the guys there was taking the mail before the ship left, and he said he'd mail it for me.  Now grant it, he may have misplaced it and found it later and then mailed it, but I'm hoping he mailed it when he said he would, which was that afternoon.  My friend finally received the postcard yesterday.  Has anyone else had a similar experience with mail from a foreign country, especially Mexico?  I'm curious.

I can understand a letter form Europe possibly taking that long.  When I was in Italy, I was told that the Italian postal system was notoriously bad: very disorganized and very slow. For that reason, I mailed my postcards from Italy at the Vatican City Post Office, supposedly the most efficient in Europe.  The postcards made it to their destinations within a few days.  I can understand slow mail from Europe, but Mexico is merely the country south of the United States, not an ocean away.  When my friend hadn't received the postcard after a few weeks, we both gave up hope and decided it had been lost.

Tuesday, I mailed him a graduation gift.  He's faced quite a bit of adversity, which I will talk about in another post (I got his permission for this) and I am so proud of him for graduating college and making it on his own.  He even graduated with a higher GPA than I did.  He's a smart and resilient guy and a very special person, so I wanted to do a little something for him.  The graduation package took two days to arrive; the postcard, which arrived on the same day, took forty-one days.  People may complain about he United States Postal Service, but they are remarkably efficient, especially considering the experiences I've had with other countries, most recently Mexico.

The graduation gift I sent wasn't much but it was sent with love, and it made him so happy.  It made me happy that I could do this small thing for him.  I have another friend who regularly sends me care packages.  He just wants to show how much he cares, and they are always wonderful and such a great surprise.  I have to admit that the joy of giving is truly rewarding, especially when you know how happy it makes someone. I know when I receive a gift that is given from the heart, it makes me so happy, and when I give a gift, I'm always happy that it takes the person receiving the gift happy too.  It's the little things we do that can make a difference for someone.
Posted by Joe at 8:00 AM

mail to and from mexico is notoriously slow, and if you send a package, you had better insure it.

When I was in school in Mexico back in the mid-1970s, for a number of reasons, I decided to return to Dallas a few days earlier than originally planned. I sent a postcard to the monastery in Dallas two weeks before I expected to be back. When I arrived, no one met the flight. I waited for an hour for someone to pick me up. I called the house and got no answer. I did not have anywhere near the cash for a cab and useful public transportation in Dallas was nonexistent. Finally I got someone to answer the phone and come get me. They had never received the postcard. It arrived two weeks after I did, a full month after I sent it.

Lest we be too hard on Mexico (or other places) it routinely takes a week or more for regular mail to get from me in Wisconsin to family members in Texas. Makes no sense, but there it is. I mostly email anyway, but when I send cards with checks for birthdays and such, I always give at least a week's lead time. And that's here in the good old U.S. of A.

It is definitely the little things when it comes to giving, and the unexpected things.

I just mailed a postcard from Honnah, AK a week and a half ago, and the cards have yet to make their way to mailboxes in Indiana and California.

Mail in Mexico does take longer, and I have experienced that - typically 2-3 times longer than US mail has been my experience.

Mexico is bad. The UK, somewhat better but unpredictable. In both directions. I've had mail get to the US in 3-4 days, other times, a week or more. Same headed the other way. You are correct, for all the USPS' issues with money, they are remarkably efficient. I've mailed things one day and had them arrive the next, halfway across the country!

That's crazy. No wonder you both had long given on the postcard being delivered. Just my opinion, but personal, thoughtful & creative gifts from the heart are the best. I'd take that over any sweater or tie (not that those can't be very personal but you get what I'm saying). Regardless of the size or cost, those kind of gifts makes me feel special, loved and def happy. I'm sure your friend appreciates your thoughtful gift and couldn't be happier to have a friend like you. I find whether you're giving or receiving, if done right, both of you will be happy and you'll make each other happy too. (Double meaning intended). ������