It Could Be Today 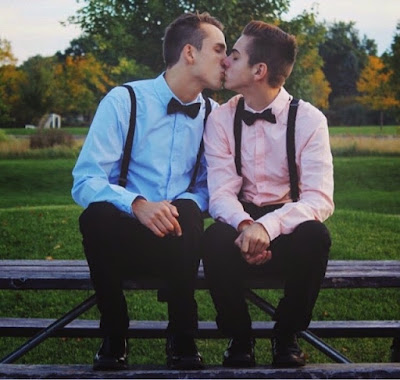 The countdown is on for the Supreme Court to render its verdict in watershed cases that could bring marriage equality to all 50 states. But an update to the high court’s calendar suggests we could get a ruling as early as this Thursday.
According to the Supreme Court website, the Court has added a non-argument session “for the announcement of opinions on Thursday, June 18, 2015, at 10 am.”  Insiders believe that’s when they’ll break the news of their decision in Obergefell v Hodges, which involves existing bans in Ohio, Michigan, Kentucky, and Tennessee.
It is possible, of course, that the justices will announce a verdict in some other case, and hold off on marriage equality until as late as June 30, when the current session ends. 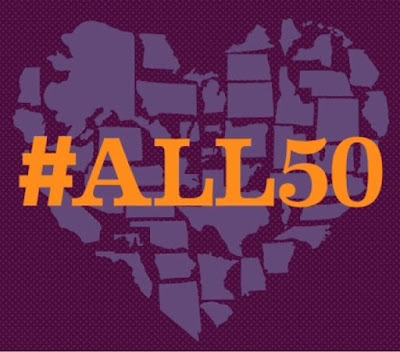 What Are The Possible Verdicts In The Supreme Court Marriage Equality Cases?
Experts on both sides of the issue believe SCOTUS will issue a broad ruling granting federal marriage equality. But what does that actually mean? And what if the justices don’t?
Below, I’ll review three possible verdicts the Supreme Court could issue in Obergefell v Hodges and spell out what they mean in practical terms.Of course SCOTUS can be unpredictable at times, so it is still a situation we wait for with bated breath.
If SCOTUS Rules Marriage-Equality Bans Are Unconstitutional…
Any remaining barriers to gay marriage are also unconstitutional, meaning same-sex couples will be able to marry anywhere in the country. This is the best possible outcome, but if Ginsberg writes the opinion, then it could possibly be an even wider ruling.
If SCOTUS Limits Its Ruling To Require States To Recognize Marriage Equality…
Couples in states without same-sex marriage would actually have marry elsewhere, but must be afforded all the rights of the institution at home. This may be the case of Roberts writes the opinion.  If this is the case, then SCOTUS is keeping the status quo and issuing a half-hearted ruling such as we saw in Windsor, which struck down significant parts of DOMA.
If SCOTUS Rules In Favor of Bans On Marriage Equality…
In the immediate, bans in 14 states—including the ones in Ohio, Michigan, Kentucky, and Tennessee that are at stake in Obergefell v Hodges—would remain intact. This would be the most disastrous of rulings, and means that Kennedy, who wrote the opinion in Windsor sided against equality in Obergefell.
Tragically, though, states that had their marriage bans thrown out by federal courts in the past could attempt to reinstate such barriers. Existing same-sex marriages could come into question, as well. Experts agree such a ruling would have wide-ranging effects that could throw our hard-earned victories into chaos.
However SCOTUS rules, it's guaranteed to be a major issue of the 2016 presidential race, and the religious right will go nuts, either with joy or with the belief that the world is ending.
UPDATE: SCOTUS issued First Amendment and criminal law rulings, but nothing on Obergefell.  The Court had seventeen opinions left to issue going into today.  They issued six today.  With eleven opinions left, SCOTUSblog believes that there is a possibility that they may extend the session into July.  It happens on occasion, but because the justices have teaching and speaking obligations in July, they often attempt to finish by the end of June. We continue to wait.
Posted by Joe at 8:00 AM

Email ThisBlogThis!Share to TwitterShare to FacebookShare to Pinterest
Labels: News

Ugh, SCOTUS did not issue their ruling on Obergefell today. Damn! We have to continue to wait.

Not easy to be gay and more gay couples in your country....

PS. As your a very religious man, did you see what the Pope Francis wrote about the
global warming?
It's so crazy to see Jeb Bush answer to it.. It shows how much narrow minded are soome of your politicians...
Pope Francis wrote so real and evident thoughts about the fragility of our planet and that we're spoiling our future with the great pollution done by the major countries of the planet...

Jeb Bush by his «silly» answer shows how deconnected are many Americans from the rest of the Planet..

Sorry but I couldn't let it pass when I witness such things coming from your «LIBERTY LAND» of USA....

Yes, «God Save America» but also the rest of the world in which your part of and not only to bring hate and war....

I am hopeful that SCOTUS will eventually rule in favor of marriage equality, but I dread seeing what kind of tricks Judge Roy Moore and backward Republican politicians here in Alabama have up their sleeves.

Just to add: I unfortunaly don't know what SCOTUS of OBERGEFELL means..

Maybe because I'm a French speaking man OR a Canadian point of view..??


Also, after seeing the latest news about that «shameful» killing in a Charleston CHURCH by this «white young racist fool», I'm more and more thinking that as RACISM in USA isn't yet resolved, the gay marriage will be a long road against those same RADICAL extremists rednecks who don't EVOLVE in the 21st century..

Poor USA: even with a black president, you cannot overcome those issues...

John, I'm not too worried about Moore and his cronies. They will try to block it and they will fail. In fact I'm actually looking forward to Moore's hubris and stupidity because it will mean he will be removed from office and we will be rid of him for good. When the next election rolls around he will be over 70 and no longer eligible for a judicial seat. He may run for other things, but he will have made a fool of himself twice and removed from office twice and hopefully they people of Alabama will realize that he is merely a hypocritical clown who doesn't even believe in the God he professes to be following enough to even attend church (or last I heard he did not attend church not would he even say what church he was a member of).

Joe, I hope you're right. He will be removed, for sure, if he obstructs. But, the people I know (and love) would support him in a gubernatorial bid in 2018. But, hopefully, he would meet enough Republican resistance in the primary to keep him out of the governor's mansion. Moore has always lacked a strong fundraising arm, which is essential as crowded as the GOP Primaries are in our state now. Other Republicans eyeing the governor's mansion seem less bigoted, like Senator Del Marsh, who pre-filed a now-dead anti-discrimination bill. Also, the Republicans in the House and Senate rejected the idea of a "religious freedom" bill and most of them denounced Roy Moore's actions. As for "Judge" Moore's religion, I've also been told that he is not religious, but, even if he is, he obviously doesn't believe the bullshit that rolls off of his tongue.

Okay. I could talk about state politics all day. So, I'm shutting up.