Race for the Title of Stupidest 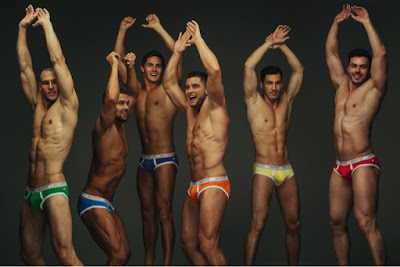 As Just a Jeep Guy used to say, "Politics can leave a bad taste in your mouth," so here's a palate cleanser before we get started.
At the National Religious Broadcasters Convention in Nashville, Mike Huckabee, a 2016 Republican presidential candidate, said in a February speech, “Now I wish that someone told me that when I was in high school that I could have felt like a woman when it came time to take showers in PE. I’m pretty sure that I would have found my feminine side and said, ‘Coach, I think I'd rather shower with the girls today.’"
In a Friday interview with radio host Steve Deace, Huckabee said he would "take nothing back from that speech," from the speech he gave. Huckabee told Deace he was "kind of glad" the video of his remarks made the rounds online.
“I'm kind of glad it's posted because people, if they watch the whole clip, what they're going to see is that I'm giving a commonsense answer to the insanity that's going on out there," Huckabee said. "Because I hear people, everybody wants to be politically correct, everybody wants to be loved by the media and loved by the left and loved by the elitists. But, you know, I know I'm not going to be, so let's just get it over with. I'd rather be a commonsense candidate for people who did take their brains to work today."
Huckabee tries to sound like a folksy good ol’ boy, but merely comes off as ignorant. He is just one of many Republicans on an anti-intellectual crusade pandering to the Tea Party’s dumbing down of America. Republicans, most of them anyway, do not want to court the intellectuals of America because they would see through their idiotic rhetoric. I blame the majority of this anti-intellectualism on Fox News, but the news media in general have lowered there standards because of 24-hour news channels. Some days are not newsworthy, and they invent stories to be blown out of proportion, and viewers watch with rapt attention.

Too bad you can't see the idiocy within your own Democrat Party. The country would be a saner place if you learned to dissent within your own ranks. Remember--dissent is patriotic.

Anon, I never said I was a Democrat. Furthermore, I think both parties are deeply flawed, but it's the Republicans who are rabidly anti-LGBT and can only come up with idiotic dribble to back up their claims. This is a gay blog and for the most part I stuck to the stupidity of their stances on LGBT issues.

I am not, BTW, a Democrat and I happen to know that Damien is not either.

As intentionally an outsider, I believe this permits me to be objectively and civilly critical of both parties who are, after all, seeking my vote. It may be coincidence that Republicans give me far more cause for concern than do Democrats. My brother wants me to join him with the Libertarians, but that sure ain't gonna happen!

Michael, for the most part, I find all of the political parties in America a bit sad, as I do most politicians. I tend to lean more toward the left but no party really has the moderate views I tend to follow as my political philosophy.

I had already seen that first comment from Huckabee, but it still sickens me on a reread. I have never seen anything in print from him on LGBT issues that make any sense. As for Ben Carson, what a bastard! His views on being gay are so outrageous I usually end up with my mouth hanging open I am so aghast at what I read. As an editor, it is laughable when he finally says, “My point was…” because what came before that statement HAD no point! It is pure nonsense and vitriol.
I very much enjoyed today’s post, Joe. I guess the downside is: I wish the group of candidates you are talking about did not seriously want to be President.

These guys are pandering to the Christian right. Fortunately popular opinion is on our side.