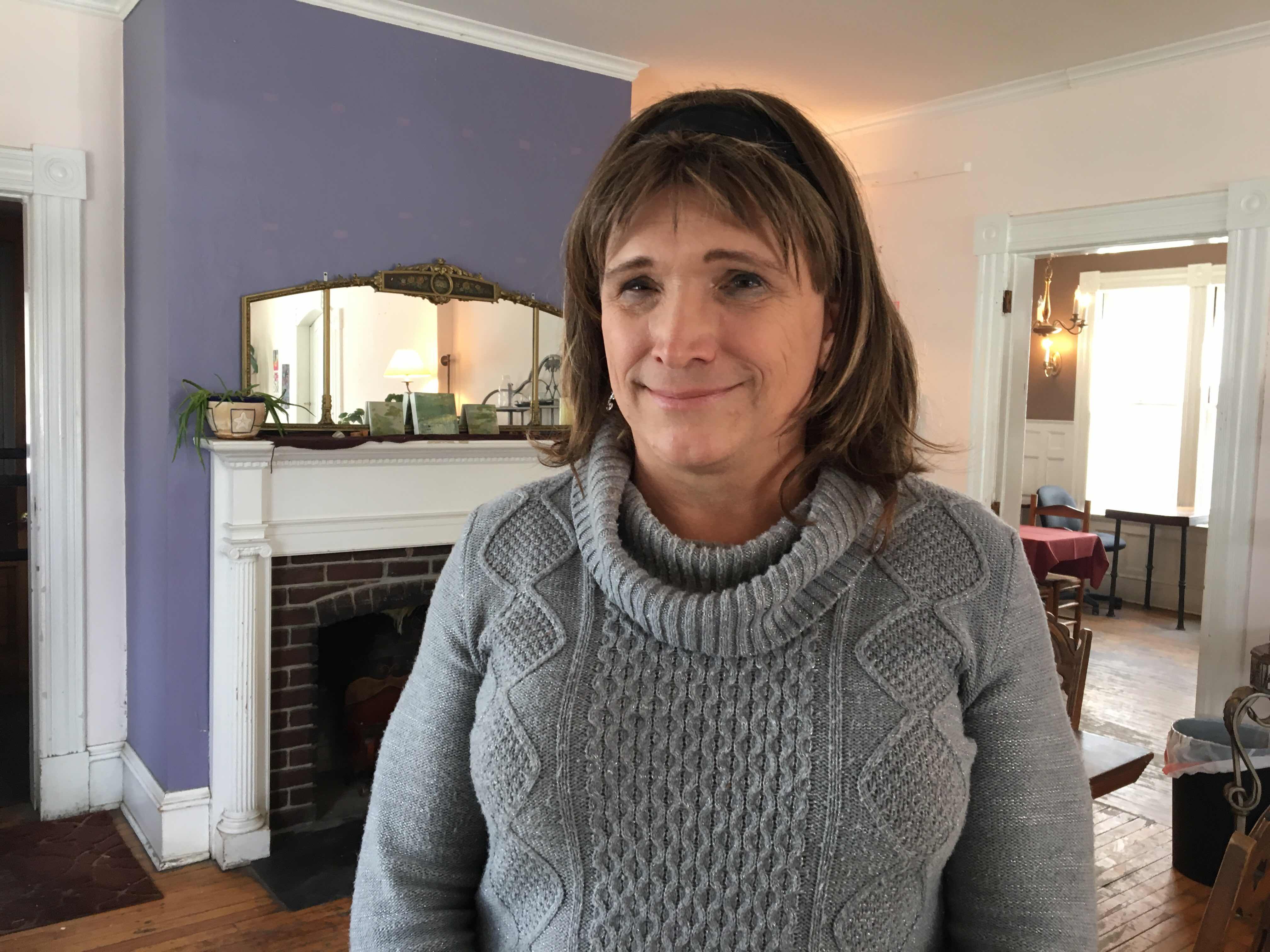 Christine Hallquist is an American politician and former CEO of Vermont Electric Cooperative (VEC). She is the first openly transgender major party nominee for governor in the United States, winning the Democratic nomination with over 40% of the vote on August 14, 2018. Hallquist worked at VEC from 1998 to 2018, the last 12 years as CEO, when she resigned to run for governor. Drawing national attention as a pioneering example of a CEO transitioning while in office, her transition was documented by her son in an award-winning documentary, Denial.

Hallquist grew up in Baldwinsville, New York. She attended Catholic school as a child. She moved to Vermont at age 20 and worked for IBM as an electrical engineer. Hallquist lives in Hyde Park, Vermont, and has three adult children and two grandchildren.

Hallquist's professional life began at IBM, then she took a job at Digital Equipment Corporation. There she became part of a training program to become an electrical engineer at the University of Massachusetts and worked with Digital to create low-cost power supplies quickly using lean manufacturing. She took an early buyout from Digital and moved back to Vermont to become the CEO of a small electronics company in Barre, Vermont, then founded a consulting firm that worked with such companies as Xerox, Miller Beer, and Honda. She started at VEC as engineering and operations manager in 2000, shortly after its recovery from bankruptcy.

She announced her gubernatorial campaign in Morrisville, Vermont on April 8, and said, "I truly believe Vermont is ready to elect a transgender governor because I don't think Vermonters are going to look at that." Hallquist is running on a platform of increased broadband access, universal Medicare and aggressive action against climate change.

She has my vote in November.

So ridiculous when people a catalogued by their sexual orientation and not by their own achievement or true values.

When do people vote for «him» or «her» saying he's «hetero» and a valuable person?

USA has a long road do go to put apart sexual orientation or sexe gender and really see the REAL values of a human being.

That’s the thing about Vermont JiEL, her gender identity means nothing to us. It is her incredible accomplishments that mean so much. She is a truly wonderful lady and I’d vote for her no matter her gender identity and many in Vermont will do the same.

I know for Vermont, California, Delaware, N.Y and some states that are really open minded and not under religious extremist people.

I wanted to say that in such places that are homophobic and sexist, they tend to catalogue people by «straight versus homos» at first not really looking into the real value of the man or woman.

This is way over here in Canada and not really new to see LGBT people in politic or in any field of our society.

She lost me when she said that one of her big things is "climate change." The notion that increased atmospheric CO2 produces ruinous "warming" is a hoax. None of Al Gore's predictions of doom made 20+ years ago as to where we would be today has come true. Further, assuming the accuracy of NASA data showing that atmospheric CO2 has increased from about 285 parts per million to 391 parts per million over the past 169 years, the change has been vastly beneficial for plant life (which cannot exist without CO2) without any demonstrable damage to humanity proven to have been caused by the change. And even if a further rise in CO2 were deemed deleterious, there is nothing that the Governor of Vermont can do to stop it. She could shut down all burning of carbon-based fuels in the entire state (including banning all gasoline-powered vehicles, all aircraft and every last gas furnace and wood-burning stove) without producing any detectable reduction in atmospheric CO2 as soon as the next breeze blew in from New York, New Hampshire or Canada.