7 Things I Learned From Being Bold This Summer 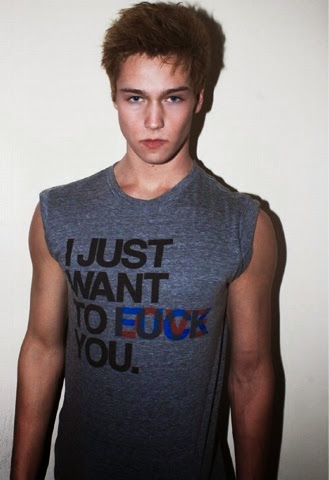 Since the end of last school year, I have tried to get back into the dating game. It hasn't been very successful but I have gone on a few dates and had some pretty good sex. But hey, I didn't just randomly hook up with anyone. Each was a person I had feelings for and want to potentially date, but somehow it didn’t work out, for whatever reason.

On the bright side, being single means I can do whatever I want, which includes writing this list without worrying about my boyfriend getting mad at me.

2. It gets boring after the first few minutes.

4. Rimjobs are always great to be on the receiving end of.

No matter what the rest of sex is like, a rimjob, even from someone who doesn't know what they are doing is pretty fantastic. A good rimjob can make a bad sexual experience so much better. Just make sure you are clean and ready to receive. It never fails to make my eyes roll into the back of my head. Giving rimjobs depend on the other person, see #7.

5. Proper lube and protection is important.

You must use lube for any form of sex. Spit is good, lotion is good, but proper lube is so much better. Lube makes everything smoother and easier. (Don’t use too much, though, or else it’ll most likely slip out.) Try it—you’ll definitely notice the difference unless you’re into friction burns and lots of pain. Also, I've always preferred silicon lube. I find water-based lubes leave me feeling itchy. As for protection, make sure you have the proper size. Too small and it breaks, too large and it slips off of him. You know what size you need, and if it's your first time with a guy, let him bring his own or you be the top.

6. Even though they don’t say it, most guys like it rough.

Two out of ten guys will say they like it rough and give you orders; the other eight will just do it and pretend it’s normal. Sometimes I want gentle and loving and caring (yes, just like in romantic movies). But when it’s a hook-up (even regular friends with benefits), somehow everyone just wants to be dominant and in charge. “I want you to suck my d*ck then I’m gonna bury it deep in you” is not something typical couples say to each other. I guess porn does have its cons. More so than that, I hate it when I a guy wants to have a dozen different positions. It just gets annoying, and some can be quite painful if you're not a yoga master.

7. The scent of a man is important.

Not all men have a pleasant scent, and when they don't, that's when it's time to tell them that it's not working. Smell is so important to me. I need to know that he takes care of his body. I'm not talking about diet and exercise here, I'm talking about cleanliness. If he's unhygienic then I don't trust that he's hygienic in other ways. However, when a man smells good, it's a real turn-on.

I'm still looking for the right man. Maybe one day, I will find him. Until then, I'm going to try to find more time to be bold and get put there more. Teaching school, however, can kill a social life. Thank goodness it has other rewards.
Posted by Joe at 8:00 AM

Glad to see you are back in the dating pool, and getting some good sex.

Interesting to hear about this side of your life. I don't think I've ever seen a post from you on your love life. Dating, and even sex!! I guess you have more exciting life than many of us thought.

#1...of course it is. I was so scared this weekend that if our play progressed I wouldn't be able to...

#2...NEVER! We were on to each other for as long as we could stay awake! (It was a LONG day preceding our time together.)

WOW, Joe! A truly sexy post! Thanks for a chance to release!

RB, have posted about my nearly non-existent love life before. But considering the few times I've mentioned it, it kinda shows it is not all that exciting.

Jay! How did I miss that you have a bf? I guess with school starting back and the migraines, I just haven't been able to keep up, but I am oh so excited for you.