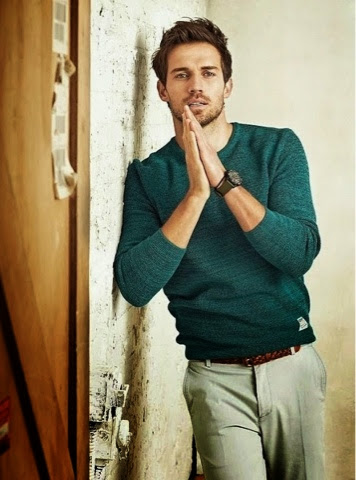 Children, it is the last hour, and as you have heard that antichrist is coming, so now many antichrists have come. Therefore we know that it is the last hour. They went out from us, but they were not of us; for if they had been of us, they would have continued with us. But they went out, that it might become plain that they all are not of us. But you have been anointed by the Holy One, and you all have knowledge. I write to you, not because you do not know the truth, but because you know it, and because no lie is of the truth. Who is the liar but he who denies that Jesus is the Christ? This is the antichrist, he who denies the Father and the Son. No one who denies the Son has the Father. Whoever confesses the Son has the Father also. Let what you heard from the beginning abide in you. If what you heard from the beginning abides in you, then you too will abide in the Son and in the Father. And this is the promise that he made to us-eternal life.I write these things to you about those who are trying to deceive you. But the anointing that you received from him abides in you, and you have no need that anyone should teach you. But as his anointing teaches you about everything, and is true, and is no lie-just as it has taught you, abide in him.
1 John 2:18-27

Now and again a story appears in the news about the passing of counterfeit money. Often counterfeit bills are discovered when an unsuspecting consumer tries to use one, not realizing that the money is in fact worthless. Usually the differences between real and counterfeit currency are so subtle that none but experts can tell them apart. And yet one isn't even worth the paper it's printed on, while the other can be redeemed for its face value--whether $10 or $100 or $1,000.

The warnings against antichrists in 2:18-27 are warnings against counterfeit teachers and the beliefs they are passing out among the unsuspecting. These teachers and their followers may have held beliefs that seemed to differ only minimally and subtly from those of the congregations. But when examined with care against the standard of measure, they are shown to be worthless, cheap imitations of the one real thing of great value: a true and abiding faith.

The name "antichrist," meaning opposite of Christ, is only found in 1 John 2:18, 2:22, 4:3, and 2 John 7. The Apostle John was the only Bible writer to use the name antichrist. Studying these verses, we learn that many antichrists (false teachers) will appear between the time of Christ's first and Second Coming, but there will be one great antichrist who will rise to power during the end times, or "last hour," as 1 John phrases it. He will deny that Jesus is the Christ. He will deny both God the Father and God the Son. He will be a liar and a deceiver.

By labeling these false teachers as antichrists John makes it plain how seriously he regards their offense. If in 2:15-17, John spoke of opposition between God and the world, he now speaks of one way in which that opposition is manifested in a visible and concrete form, namely, in the defection from the fellowship of a number of professed believers.

The antichrist opposes Christ, but not so much by open aggression and hostility as with deceit and falsehood. The antichrist usurps the rightful role of the Messiah, the Christ, and deceives his followers. The antichrist is, in short, a counterfeit Christ. What is distinctive here is that the term is used in the plural, and so in a way this differs from the expectation of the readers. Evidently not merely one figure embodying great evil, but many individuals who manifest that ultimate error have appeared on the scene.

The antichrists of 1 John are those who deceive others through false teaching about the person of Christ and the nature of the Christian life (2:22-23; 4:2). There are genuine theological disagreements between these false teachers and the author, and he will soon deal with the issues. But it is not only disagreement about formulations of doctrine that stimulates John to write. It is impossible not to sense his distress and anger over the actual departure of these people as well. The breaking of fellowship is in itself judged quite severely, and seems to have taken a greater toll on the church than have the actual reasons for it. This sin is as bad as, if not worse than, the actual doctrinal error, because in leaving the fellowship these false teachers have disregarded the cardinal and foundational command of Jesus to "love each other."

False teachers have always been the greatest evil within Christianity.  Google a list of hate groups and look at the number of groups listed that claim to be Christian groups.    We are all familiar with Westboro Baptist Church, but they are just one group of many who profess hate.  Throughout the Bible, the writers speak of God's love. They speak of loving one another.  Not once do I know of does Christ preach hate, except for hypocrites, and that is hate of their actions not the hypocrites themselves.  The most vocal antichrists today are not George W. Bush, Barack Obama, the Pope, or any other individuals mentioned by various Christian pundits who profess to know who the antichrist is, but it is the hate groups who profess their Christianity and preach hate.  They are preaching the opposite of Christ and are false teachers.  They proclaim to know Christ, but they teach the hate of Satan in God's name.  They deny God and gain followers through fear.  They are the antichrists.

We have to resist the hate being taught by so many false teachers.  God wants us to love.  He wants us to love a Christian life of charity and fellowship.  We cannot do that if we preach hate and judgement.  We cannot fight these people, others will come.  There have always been people who professed hate in the name of Christ.  However, we should pray for them.  We must pray for them.  It is our Christian duty to hope that they see the error of their ways and turn to the true teachings of Christ.

I am amazed at the face time the hypocrites and bigots are given, and the relative (near complete!) silence of true Christians. Why do they not try to counteract the haters? Why do they allow the Westboro "church" to be the vocal, visible "spokesman" for the church of true believers?

Until Christians who oppose the haters become crusaders against them, instead of silent bystanders, I fear we have little hope to regain the rightful place of Christianity in our world.

God's love is all there is. The haters will have to soon realize they can't win. His light will always shine..