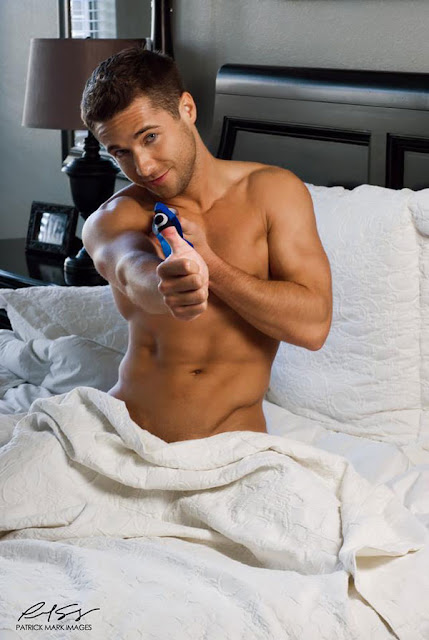 Andrew Christian has a lot of things going for them. They've got a cult-like following, awesome underwear, and Colby Melvin, the 5'8″ Southern boy with a charming-as-heck Southern accent. He's just about as endearing, nice and ambitious as they come, too. If you've seen the newest Andrew Christian video "Jockstrap Cowboys," you definitely know who Colby is. If you haven't, get on it. And make sure you watch the just released behind the scenes videos, too. 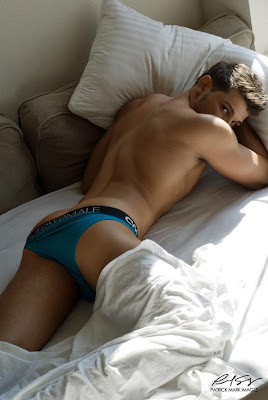 Originally from Louisiana, Colby has a degree from Spring Hill College in Mobile, AL in Psychology and lived and went to school there for 4 years, then worked there for a year.  Colby worked for the BP oil spill as a project manager in the command center. This position landed him a job for a maritime holding company that he lost when his boss found out he way gay. So he moved to Houston.

He had been in Houston a week when he was asked to help out at a benefit for the Houston Buyers Club. Colby said that he had never been exposed to gay culture until his arrival in Houston. "It was sort of culture shock walking into my first gay pool party wearing my first speedo. After that party I was asked to work a few more parties for several other nonprofits. It was at the Outreach United pool party where I was asked at the last minute to model one of the swimsuits from Bayou Beau." Before he became a model for Andrew Christian, he modeled underwear for Bayou Beau, a Houston based underwear company. 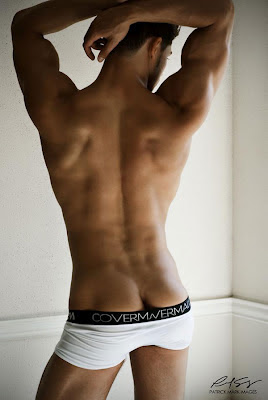 When asked about being comfortable with his body, Colby responded that "I don't have the perfect body but I'm comfortable with it and that's a message I want to put out there, too, for all of these troubled teens and people that are struggling with coming out and body image issues. Just love yourself. That's what I'm trying to do."

Colby Melvin is a total cutie and appears to be a cool role model.  I think he would agree with the message to love ourselves and those around us. We should be comfortable with who we are, and I wish Colby all the success in his life.

Email ThisBlogThis!Share to TwitterShare to FacebookShare to Pinterest
Labels: Photography

Joe: Here I thought "Colby" was a kind of cheese; instead we find out it is beefcake.

Colby, you are a hot & gorgeous guy, you can model underwear for me anytime...good-luck on your future