DOMA Struck Down by Appeals Court 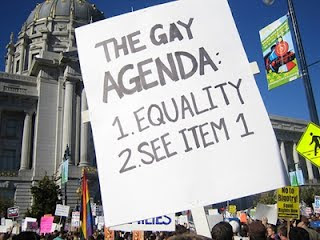 BOSTON—An appeals court ruled Thursday that the heart of a law that denies a host of federal benefits to gay married couples is unconstitutional.

The 1st U.S. Circuit Court of Appeals in Boston said the Defense of Marriage Act, which defines marriage as a union between a man and a woman, discriminates against married same-sex couples by denying them federal benefits.

The law was passed in 1996 at a time when it appeared Hawaii would legalize gay marriage. Since then, many states have instituted their own bans on gay marriage, while eight states have approved it, led by Massachusetts in 2004.

The appeals court agreed with a lower court judge who ruled in 2010 that the law is unconstitutional because it interferes with the right of a state to define marriage and denies married gay couples federal benefits given to heterosexual married couples, including the ability to file joint tax returns.

The court didn't rule on the law's other provision, which said states without same-sex marriage cannot be forced to recognize gay unions performed in other states.

During arguments before the court last month, a lawyer for gay married couples said the law amounts to "across-the-board disrespect." The couples argued that the power to define and regulate marriage had been left to the states for more than 200 years before Congress passed DOMA.

An attorney defending the law argued that Congress had a rational basis for passing it in 1996, when opponents worried that states would be forced to recognize gay marriages performed elsewhere. The group said Congress wanted to preserve a traditional and uniform definition of marriage and has the power to define terms used to federal statutes to distribute federal benefits.

Since DOMA was passed in 1996, many states have instituted their own bans on gay marriage. Massachusetts, Connecticut, New York, Iowa, New Hampshire, Vermont, Maryland, Washington state and the District of Columbia have approved it, but Maryland and Washington's laws aren't yet in effect and may be subject to referendums.

Last year, President Barack Obama announced the U.S. Department of Justice would no longer defend the constitutionality of the law. After that, House Speaker John Boehner convened the Bipartisan Legal Advisory Group to defend it.

The Republicans have a valid point... that Obama should defend this law or fight to get it off the books. I, however, want to see it die. Goodbye and good riddance.

Unfortunately, a lot of homophobes will focus on the assault on their idea of marriage; NOT that same-sex couples will be treated equally (bad) by the tax man.

The chain of court declarations of unconstitutionality leading up to what seems to be the inevitable arrival of DOMA in the Supreme Court is based partly on tax and associated benefit equality. It is not based not on marriage equality, which is by inference conceded to be a given. There are many same sex marriages and more all the time and with those growing numbers will come progressively more suits in the courts to reinstate partner benefits in states that have rescinded or deny them.

I always thought that once DADT was gone and the iconic title of Veteran could be settled on out GLBT people, that a lot of barriers would be easier to overcome. Combined with the mass of married gays and lesbians, and the increasing numbers in which the younger generation is coming out earlier than ever before, things should reach critical mass within a decade, or maybe even sooner.

Now, where is the Prop 8 decision? Why has that stalled seemingly interminably?

Joe: I find it amusing that my little home state of Hawaii, stuck out in the middle of the vast Pacific would be the instigator of all this big ruckus over a simple word "marriage." But it has been a disappointment that altho we started the issue, we fell behind leading the way and only starting 1/1/2012 did we allow civil unions, and that itself was a big fight.

I've seen arguments that if the religious right had supported civil unions in the first place, maybe that would have been enough to placate our side -- but many of them knew that "separate but equal" would only be a temporary solution as we would clamor for true equality -- and it seems many of our S8 supporters, also see nothing short of equality would suffice. Otherwise equal protection under the constitution would lose its hopeful aspirations.

While this incremental approach, allowing states to decide the issue, might be frustrating to some, let's remember that most big social changes don't happen instantaneously. We need to chip away at the discrimination until it hits a tipping point, then the rest will fall eventually. So those of you who live in red states, hold on a bit longer -- the change will come.