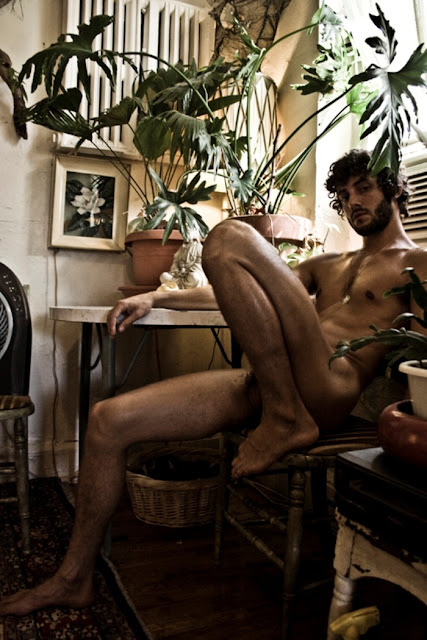 He can't be more than twenty-two.
And yet I'm certain it was at least that many years ago
that I enjoyed the very same body.

And if I can't recall precisely where—that means nothing.

Now that he's sitting there at the next table,
I recognize each of his movements—and beneath his clothes
I see those beloved, naked limbs again.

Constantine Cavafy was born Konstantínos Pétrou Kaváfis in Alexandria, Egypt, in 1863, the ninth child of Constantinopolitan parents. His father died in 1870, leaving the family poor. Cavafy's mother moved her children to England, where the two eldest sons took over their father's business. Their inexperience caused the ruin of the family fortunes, so they returned to a life of genteel poverty in Alexandria. The seven years that Constantine Cavafy spent in England—from age nine to sixteen—were important to the shaping of his poetic sensibility: he became so comfortable with English that he wrote his first verse in his second language.

After a brief education in London and Alexandria, he moved with his mother to Constantinople, where they stayed with his grandfather and two brothers. Although living in great poverty and discomfort, Cavafy wrote his first poems during this period, and had his first love affairs with other men. After briefly working for the Alexandrian newspaper and the Egyptian Stock exchange, at the age of twenty-nine Cavafy took up an appointment as a special clerk in the Irrigation Service of the Ministry of Public Works—an appointment he held for the next thirty years. Much of his ambition during these years was devoted to writing poems and prose essays.

Cavafy had an unusually small social circle. He lived with his mother until her death in 1899, and then with his unmarried brothers. For most of his mature years Cavafy lived alone. Influential literary relationships included a twenty-year acquaintance with E. M. Forster. The poet himself identified only two love affairs, both apparently brief. His one intimate, long-standing friendship was with Alexander Singopoulos, whom Cavafy designated as his heir and literary executor when he was sixty years old, ten years before his death.

Cavafy remained virtually unrecognized in Greece until late in his career. He never offered a volume of his poems for sale during his lifetime, instead distributing privately printed pamphlets to friends and relatives. Fourteen of Cavafy's poems appeared in a pamphlet in 1904; the edition was enlarged in 1910. Several dozens appeared in subsequent years in a number of privately printed booklets and broadsheets. These editions contained mostly the same poems, first arranged thematically, and then chronologically. Close to one-third of his poems were never printed in any form while he lived.

In book form, Cavafy's poems were first published without dates before World War II and reprinted in 1949. PÍÍMATA (The Poems of Constantine P. Cavafy) appeared posthumously in 1935 in Alexandria. The only evidence of public recognition in Greece during his later years was his receipt, in 1926, of the Order of the Phoenix from the Greek dictator Pangalos.

Perhaps the most original and influential Greek poet of the 20th century, his uncompromising distaste for the kind of rhetoric common among his contemporaries and his refusal to enter into the marketplace may have prevented him from realizing all but a few rewards for his genius. He continued to live in Alexandria until his death in 1933, from cancer of the larynx. It is recorded that his last motion before dying was to draw a circle on a sheet of blank paper, and then to place a period in the middle of it.

Thanks for another informative bit of history. And I enjoyed his poem...been there myself!!

sure, Cavafy is a gorgeous and so moving poet in its short and allusive forms

Hve you the one about the mirror reflecting the memory of a young superb athlete ?

PS : What about the poems of PP Pasolini '"la nueva juventu" and the recent publishing of "sonnets" written at the end of the love affair with Ninetto Davoli ( I heard recently extracts : great poetry and humanity)