How is God with Us 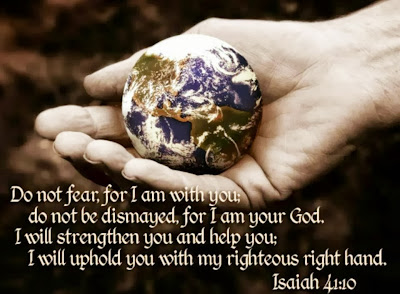 He has just been elected the president of a great nation. Many thought him unfit to be the president. He didn't have the education of many of those who had gone before him. Many considered him a stumbling buffoon, unfit for such an office. The country was divided on so many issues. Was war justified? How could he unify a country which seem to have been further divided by the recent presidential election? Where would he find the other leaders he needed to be his cabinet?

Who was this man? No, it isn't George W. Bush. It is Abraham Lincoln. He had just been elected president of the United States- a man without a formal education like all those others who had preceded him in the office. He came from a state, Illinois that didn't seem to have the prestige, of the eastern states. The country was terribly divide on the issue of slavery and seemed to be headed for war. How must Lincoln have felt amidst the criticism of his detractors who thought him to be ill prepared, ill-equipped, and ignorant? How could he lead in the midst of such divisiveness, such conflict, such doubts? Surely he must have felt alone.

When Abraham Lincoln departed from Springfield, Illinois, he bid his friends farewell with these words: "I now leave, not knowing when, or whether ever, I may return, with a task before me greater than that which rested upon Washington. Without the assistance of that Divine Being, who ever attended him, I cannot succeed. With that assistance I cannot fail. Trusting in Him, who can go with me, and remain with you and be everywhere for good, let us confidently hope that all will yet be well. To His care commending you, as I hope in your prayers you will commend me, I bid you an affectionate farewell."

In this dark hour of the nation, with war impending, anger welling up around him, Lincoln had a profound sense of "God with us." He didn't count on his own abilities, on the abilities of the other leaders he was yet to choose for his cabinet. He knew that his abilities were not sufficient; others who would help to lead were no better. He put his faith in God with him and the nation.

It is God who so loved the world, God who so loves you and me that God came to share our life on earth. God's ultimate purpose is to establish the realm of God on earth so that the whole creation will be bound together in one community of justice and love.

Truly God is with us. No matter the circumstances of the world--war, starvation, violence on the streets, anger and hurt in homes, betrayal among friends, greed among nations, injustice everywhere. God is with us. What does God want from us? God wants us to open our eyes, to see the wonders of the world around us and to believe in His love.

God cannot be confined to the church, to a sanctuary. God will be found on the battle lines of war. God is found in a nursing home where some of the residents have nobody to come to visit. God is found at the bedside of the dying. God is with us when the unthinkable happens. God is found in every place that seems godforsaken and at every moment that makes makes us feel like we cannot deal with the stress or sorrow anymore.  Our God lives where our God lives, in the world. Destruction has no ultimate power and even death cannot stop the living. Truly God is with us, and we should take comfort in Him.

Since almost dying in June, I have never been more certain that God is with me. Everyday I know that I am only here because he stayed with me and helped me heal. Every sun rise and sunset, all the crazy things that my kids do, I know that God is with us. I am trying to enjoy life and thank Him everyday for everything he has given me. LOVE AND HUGS

Just as your photo shows, and says in a more formal English "He's got the whole world in His hands.....He's got your and me baby in His Hands"--something we tend to fail to realize until there is a need on our part to look for His hands......but He is there whether we are aware or not....Good Post, and great comment there jlo... As a child, twice my parents were told I had twenty four hours to live....and I am still here decades later! Yes, He was there!!!