The Sexuality of T.E. Lawrence 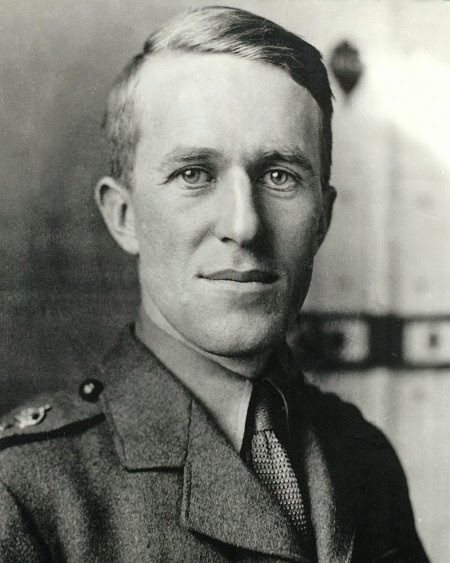 Last night I watched "Lawrence of Arabia" on Turner Classic Movies.  As usual with a historical movie, I began to read more about Thomas Edward Lawrence.  I have a special interest in the First World War, so this is not the first time that I have researched Lawrence.  As I was refreshing my memory last night, I remembered that there have been questions about Lawrence's sexuality.  Often in recent years, the life and achievements of Lawrence have been somewhat overshadowed by controversial claims published in posthumous biographies concerning his sexual orientation, accusations that he had been a closet or self-repressed homosexual.

The claim was first made by author Richard Aldington 20 years after his death, controversial at the time because none of Lawrence's friends or family supported it.  In the wake of his being immortalized in the 1962 David Lean classic "Lawrence of Arabia" a host of other biographers rode Aldington's coat tails, making the titillating claim that he had been both homosexual and sadomasochistic.  Claims seemingly given credence by newspaper interviews with privates of the Tank Corps who confessed to having had flogged Lawrence at his solicitation between 1925 to 1934, combined they set the seal on the alleged secret life of Lawrence of Arabia.

However those making these claims only told half the story, deliberately neglecting or downplaying the effect his having been raped had on his thoughts and actions.  In both Seven Pillars of Wisdom and a 1919 letter to a military colleague, Lawrence described an episode on November 20, 1917, in which, while reconnoitering Dera'a in disguise, he was captured by the Ottoman military, subjected to humiliating beatings and sexual assault at the instigation of Governor, or Bey. The precise nature of the sexual contact is not specified. There have been allegations that the episode was an invention of Lawrence's and that the injuries Lawrence claims to have suffered were exaggerated. Although there is no independent testimony, the multiple consistent reports, and the absence of evidence for outright invention in Lawrence's works, make the account believable to his biographers.  At least three of Lawrence's biographers (Malcolm Brown, John E. Mack, and Jeremy Wilson) have argued this episode had strong psychological effects on Lawrence which may explain some of his unconventional behavior in later life.

Rape in time of war is age old, most people are aware of the suffering of woman and girls during hostilities; however since ancient times it has been a weapon of war used against men.  The word itself is derived from the Latin rapere meaning to steal, seize or carry away.  In the military context it was a means of stealing a man's honor, a victorious soldier emasculating a vanquished foe in the belief that by forcibly penetrating him he lost his manhood.  This indignity was more often inflicted on members of the officer class in the belief it robbed them of their authority as a leader of men, sometimes resulting in the victims suicide.  Gang rape was also considered a means of punishment in some cultures, the Romans, Persians, Ottomans and other societies practiced it.

The Ottoman Turks were infamous for inflicting it throughout the Great War on captured enemy troops, beating and gang raping enemy officers often as a matter of due course.  Prisons and garrisons often had personnel who specialized in this abuse, although there was nothing homosexual about it.  The Turkish soldiers perpetrating this war crime certainly never considered themselves gay, like male rapists in prison the act has nothing to do with the sexual orientation of the attacker or victim.

It was a remarkable manifestation of courage, perhaps cathartic release, that Lawrence detailed what happened to him in his book Seven Pillars of Wisdom in 1926.  Then as now the fear of being labelled homosexual as a result of such disclosure was a legitimate fear, society having the tendency of blaming the victim of sexual assault rather than the perpetrator.  Homosexuality was a taboo subject at that time, same sex rape was even more taboo.  The suspicion Lawrence was homosexual is likely to have been a natural by-product of his shocking disclosure, some readers finding a homoerotic undertone to his retelling of events.  Then as now few understood the incident in its historic context, the consensus being only homosexuals are victims of same sex rape, that a man can protect himself and if he's raped it's because he wanted to be.

If the 28 year old Lawrence was a virgin at the time of his assault, as many biographers believe, the experience would have had a profoundly negative affect on his concept of self and sexuality.  Alas in his lifetime there were no counseling services available to men who had suffered sexual assault, they were expected to get on with their lives with a stiff upper lip.  The post traumatic effects of same sex rape often last a lifetime, T.E. Lawrence manifested all the classic symptoms: workaholism, depression, anger, increased sense of vulnerability, destructive self-image, emotional distancing.

In the wake of the Great War he had difficulties with intimacy, withdrew from relationships or carried them out via mail, had problems trusting people and a defunct sex drive.  Not that he ever had much interest in sex at earlier stages of his life, there is no concrete evidence of him having had an intimate relationship with anyone male or female, and he seems to have willingly chosen celibacy as many academics of his class and generation did.  His family and friends attested to his sense of horror with regards to sexual subject matter in the years following the war.

Many heterosexual rape survivors question their sexual orientation,  "it's not uncommon for a victim to blame himself for the rape, believing that he in some way gave permission to the rapist.  Recollection of involuntary physiological responses, erections or ejaculations, etc, during the event often make them question whether they deserved or wanted to be assaulted.  There are certainly aspects of this post traumatic introspection in Seven Pillars of Wisdom, which many readers have mistaken as homo-erotic influences.  In his description of the Dera'a beating, Lawrence wrote "a delicious warmth, probably sexual, was swelling through me."

If he was homosexual, though most likely asexual, it wouldn't add or subtract from his legacy, but in the interests of historical scholarship it's important to view facts in their proper context.  Although Lawrence lived in a period during which official opposition to homosexuality was strong, his writing on the subject was tolerant. In Seven Pillars, when discussing relationships between young male fighters in the war, he refers on one occasion to "the openness and honesty of perfect love" and on another to "friends quivering together in the yielding sand with intimate hot limbs in supreme embrace."  In a letter to Charlotte Shaw he wrote "I've seen lots of man-and-man loves: very lovely and fortunate some of them were."

The fact is that no strong evidence one way or another has ever emerged about the sexuality of T.E. Lawrence.  He left behind a tremendous legacy, one that was immortalized in the 1962 film, "Lawrence of Arabia."  It was also a legacy that he tried to escape.   After the war Lawrence was so disillusioned that he refused medals about to be presented to him by the King, leaving the shocked George V (in his words) "holding the box in my hand." He lived on the masochistic side of asceticism, denying himself the recognition he had earned. A many-sided genius whose accomplishments precluded the privacy he constantly sought, Lawrence became a mythic figure in his own lifetime even before he published his own version of his legend in Seven Pillars of Wisdom. By the manufacture of his myth, however solidly based, he created in his own person a characterization rivaling any in contemporary fiction.
Posted by Joe at 8:00 AM

An interesting read. Thanks, Joe.

Thank you for at least mentioning his possible asexuality in the end, even if it's just in passing. I admit I was getting a little pissed when you didn't mention it as a possibility earlier when you go on about Lawrence being uninterested in sexual contact even before he was assaulted. Whether he was asexual or not, it's trememendously important to the asexual-spectrum community right now to find historical (even fictional - that's why Sherlock Holmes is held so dear) examples to prove that it's not some modern 'special snowflake' fad or mental disorder caused by lack of social contact or whatever ace-phobic nonsense even people from the LGTB community often seem to believe.

By the way, there is a pretty good 1992 TV movie starring Ralph Fiennes called "A Dangerous Man - Lawrence after Arabia", which deals with his mental state during that time and while writing The Seven Pillars. The movie makes no direct reference to the sexual assault (only the beatings), but is surprisingly open about the fact that he was neither interested in having sex with men nor interested/capable of having sex with women.
The whole thing can be found on Youtube.