A Final Appeal Before The Election 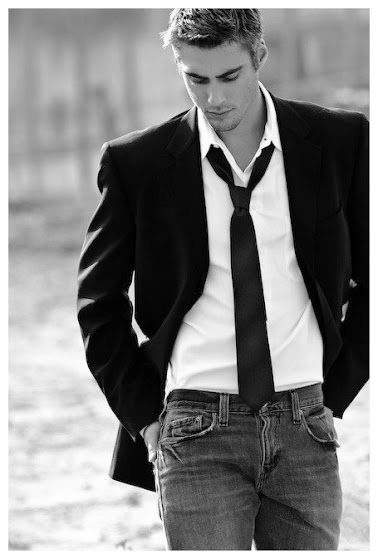 I wanted to make one more case against Donald Trump before tomorrow’s election. So, I did a Google search for “Trump’s Most Egregious Offenses.” The results were staggering. There was a complete list of the Trump Administration’s record on LGBTQ+ rights. The list came to 18 pages of text. McSweeney’s, a nonprofit publishing company based in San Francisco, is most notably known for its humor and championing of new writers and publishes novels, books of poetry, and other periodicals, but early in Trump’s term, McSweeney’s editors began to catalog the misdeeds coming from the Trump Administration. As of October 30, 2020, their list which they call “Lest We Forget the Horrors: A Catalog of Trump’s Worst Cruelties, Collusions, Corruptions, and Crimes” consists of a 300-page pdf with 954 “atrocities.” The various collection of misdeeds seems to be never-ending, and they all vary in different approaches. This election year, amid a traumatic global health, civil rights, humanitarian, and economic crisis, it seems ever more critical to remember these horrors and to do all in our power to reverse them.
Instead of trying to list even a small section of the egregious atrocities of Donald Trump, I want to share vice presidential candidate Senator Kamala Harris’s closing argument for why LGBTQ+ people should vote for Joe Biden. It’s a piece she wrote for LGBTQ Nation:
More than 50 years ago, a group of LGBTQ+ people at the Stonewall Inn did what so many Americans have done throughout our history—they stood up for equality. It was a turning point in a movement that would continue to march, organize, and vote for the rights of LGBTQ+ Americans.
And it’s because of those efforts, through the decades, that, in 2013, Kris Perry and Sandy Stier were united in California’s first same-sex marriage after Proposition 8 was struck down by the courts—a wedding I had the honor of officiating.
But today, after decades of progress, LGBTQ+ equality is once again under attack.
President Donald Trump, Vice President Pence, and Senate Republicans jammed through a Supreme Court nominee who poses a threat to LGBTQ+ equality—just weeks after two other justices suggested reconsidering the landmark Obergefell v. Hodges decision that made marriage equality the law of the land.
The Trump administration banned transgender Americans willing to risk their lives for our country from serving in the military. They’ve rolled back protections put in place by the Obama-Biden administration against employment discrimination for LGBTQ+ workers. And they opened the door to allowing health care workers to refuse treatment to patients based on their gender identity.
At a time when our country is experiencing the worst public health crisis in a century, the worst economic crisis since the Great Depression, a reckoning on racial injustice, and a changing climate that’s battering our coastlines and setting the West on fire, it’s devastating that LGBTQ+ Americans must also worry about their human rights.
Here’s the good news: we can vote to put an end to the Trump-Pence era of discrimination and fear—and send the most pro-equality administration in history to the White House.
Joe Biden and I believe that every human being should be treated with dignity and respect and be able to live without fear, no matter who they are or who they love. We will reverse the attacks the Trump-Pence administration has made on the LGBTQ+ community. And we won’t stop there—we will advance equality through long-overdue changes.
Right now, half of all LGBTQ+ Americans live in states where their civil rights can be violated. They face discrimination in nearly every aspect of their lives, from housing to starting a family to obtaining a driver’s license with their correct gender on it.
Joe and I will make enacting the Equality Act a top legislative priority in our first 100 days in office. Passing this law will guarantee that LGBTQ+ Americans are protected under existing federal civil rights laws.
We’ll work to protect LGBTQ+ individuals from violence, prioritize the prosecution of hate crimes, and work to end the epidemic of assault against the transgender community, particularly transgender women of color. We’ll do everything in our power to make sure LGBTQ+ youth are safe from bullying, harassment, and sexual assault.
We’ll reverse President Trump’s discriminatory ban on transgender Americans serving in the military, and ensure that every American who is qualified to serve can do so regardless of sexual orientation or gender identity. We’ll make sure transgender service members receive the health care they deserve. And we will work to ensure LGBTQ+ individuals have full access to all appropriate health care treatments and resources, including care related to transitioning, such as gender confirmation surgery.
You can trust that Joe will work to support the LGBTQ+ community every single day as president—because that’s what he’s done for years. He supported marriage equality well before most major politicians. He worked with President Obama to repeal “Don’t Ask, Don’t Tell.” And he knows how much work there is left to do.
As the great civil rights lawyer Pauli Murray once said, “The lesson of American history [is] that human rights are indivisible.” They cannot be advanced for some and ignored for others.
Now is the time to build a country that embraces that truth—a country where every American is treated with dignity and respect, and where equality and justice truly are for all. 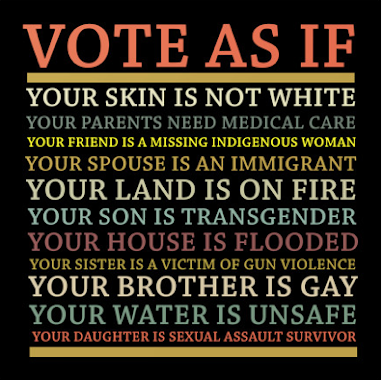 VOTE LIKE YOUR LIFE DEPENDS ON IT!
BECAUSE IT DOES!

ALL OF OUR LIVES DEPEND ON IT

Joe, you have to have at least one response to your moving appeal. James Carville predicts that it will be settled by 11.00pm (EST? PST?) tomorrow night. But I must admit to having a queasy feeling in my stomach. Roderick

Roderick, I have been queasy all day because of this election. I doubt we will know tonight, but we may have a good indication of how it's going to go. I don't think we will know for sure before next Friday (Nov. 13). With it being Friday the 13th, that worries me but I a superstitious, especially when it comes to the number 13. I have a slight case of triskaidekaphobia (an irrational fear of the number 13)