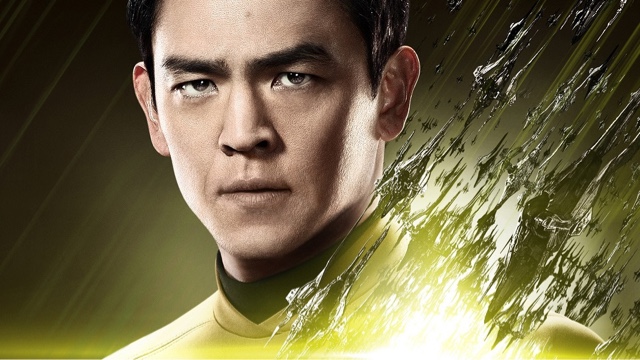 Last year, George Takei told Time magazine he’d once asked “Star Trek” creator Gene Roddenberry why the original series, which depicted biracial relationships and tackled other civil rights issues, didn’t include any LGBT characters.
According to Takei, Roddenberry told him, “I’m treading a fine tight wire here. I’m dealing with issues of the time. I’m dealing with the civil rights movement, the Vietnam War, the Cold War, and I need to be able to make that statement by staying on the air. If I dealt with that issue I wouldn’t be able to deal with any issue because I would be canceled.”
There have been three instances when this almost came into being. First, Commander Riker on The Next Generation had a fling with an androgynous being, but turned out that she felt more female than neutral and was "reeducated." Then, there was Jadzia Dax on Deep Space Nine who shared a kiss with a woman whom she'd previously been married to as a man, both in different lifetimes. Then in the non-sanctioned web series Phase II, Kirk's son or nephew (I can't remember) was depicted as being in a relationship with another man. When Enterprise came out, it was rumored one of the characters would be gay, but it never materialized.
Now, one of the “Star Trek” universe’s most beloved characters is revealed to be gay in the latest installment of the iconic franchise. John Cho told Australia’s Herald Sun that his character, Hikaru Sulu, will have a same-sex partner, with whom he is raising a daughter, in “Star Trek Beyond,” which hits theaters July 22. This is one of the most exciting things I've heard in years.
The 44-year-old actor said that he approved of the way his character’s sexuality will be handled in the film, in that writer Simon Pegg and director Justin Lin opted not to make it a major plot point. “I liked the approach, which was not to make a big thing out it, which is where I hope we are going as a species, to not politicize one’s personal orientations,” he said.
Lin and Pegg’s decision to depict Sulu as a gay man was a nod to George Takei, who played the role in the original 1960s “Star Trek” television series and in six subsequent films, Cho said. Takei, 79, came out as gay in 2005, and has since gone on to become an outspoken advocate for LGBT rights.
Unfortunately, the Star Trek alum and LGBT activist spoke with The Hollywood Reporter about the news on Thursday, July 7, saying it strays from creator Gene Roddenberry's original vision for Hikaru Sulu. "I'm delighted that there's a gay character," Takei, 79, told THR. "Unfortunately it's a twisting of Gene's creation, to which he put in so much thought. I think it's really unfortunate."
Its unfortunate that Takei feels that way. I think it's a great legacy for Star Trek, the character of Sulu, and Roddenberry's belief in equality and a better universe.
Posted by Joe at 7:00 AM

Email ThisBlogThis!Share to TwitterShare to FacebookShare to Pinterest
Labels: Coming Out, Movie Review