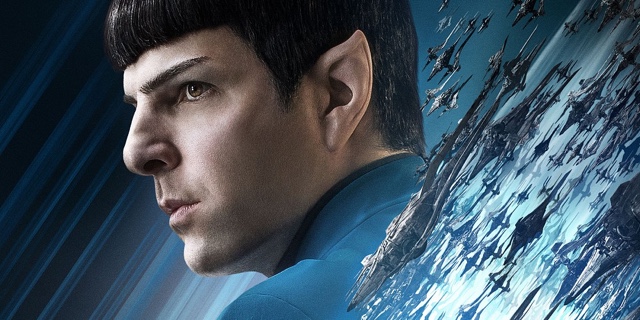 It’s been a rollercoaster week for Trekkies everywhere following news that Lieutenant Hikaru Sulu — formerly played by George Takei and portrayed by John Cho in the latest reboot — is discovered to be gay and married in the upcoming Star Trek Beyond.
Cho broke the news to Australia’s Daily Sun, saying, “I liked the approach, which was not to make a big thing out of it, which is where I hope we are going as a species, to not politicize one’s personal orientations.”
But Takei, to whom producers were giving a nod by turning his iconic character into a gay man, was surprisingly displeased by the news, telling The Hollywood Reporter, “I’m delighted that there’s a gay character. Unfortunately, it’s a twisting of Gene’s creation, to which he put in so much thought. I think it’s really unfortunate.”
Following that, Star Trek writer and actor Simon Pegg, who plays chief engineer Montgomery Scott (known affectionately as “Scotty”), told The Hollywood Reporter that he “must respectfully disagree”:

"I have huge love and respect for George Takei, his heart, courage and humor are an inspiration. However, with regards to his thoughts on our Sulu, I must respectfully disagree with him.

“He’s right, it is unfortunate, it’s unfortunate that the screen version of the most inclusive, tolerant universe in science fiction hasn’t featured an LGBT character until now. We could have introduced a new gay character, but he or she would have been primarily defined by their sexuality, seen as the ‘gay character’, rather than simply for who they are, and isn’t that tokenism?”

Now, openly gay actor Zachary Quinto, who portrays Spock in the reboot films, has let the world know that he’s 100% in favor of the plot choice , telling Pedestrian.TV:

“Any member of the LGBT community that takes issue with the normalized and positive portrayal of members of our community in Hollywood and in mainstream blockbuster cinema… I get it that he has had his own personal journey and has his own personal relationship with this character but, you know, as we established in the first Star Trek film in 2009, we’ve created an alternate universe.

“My hope is that eventually George can be strengthened by the enormously positive response from especially young people, who are heartened by and inspired by this really tasteful and beautiful portrayal of something that I think is gaining acceptance and inclusion in our societies across the world, and should be.”

Where do you stand on the executive decision to marry off Sulu to a man in the name of representation? Sound off in the comments below.
From: Queerty.com
Posted by Joe at 7:00 AM

Email ThisBlogThis!Share to TwitterShare to FacebookShare to Pinterest
Labels: Coming Out, Movie Review

I am glad to hear that they included an LGBT character in BEY, and I cannot wait to see it. I will have a stronger opinion when I see the movie.

I had not really given it any thought and can understand Takei's perspective, but I like the character twist.

I really don't understand George's opposition to the idea. Why can't Sulu be gay? Yes in the original version of Trek he had a child and the implication was likely that he was straight - but in sci-fi anything is possible (and it is possible to have children and not be straight!)