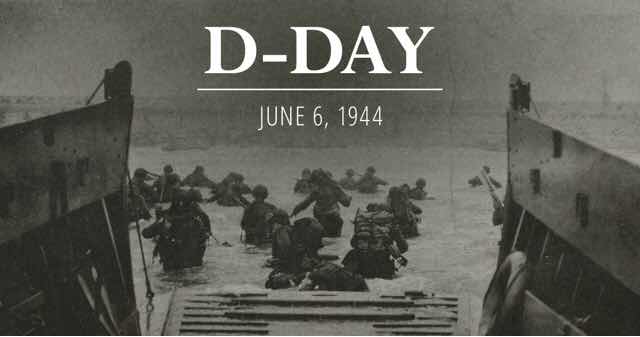 I must go back to Normandy

to look out upon the sea,

Where once a great armada

carried troops, including me.

I must go back to Omaha

to walk along the shore,

and let my mind go back in time

to when there was a war.

When I go back I know I’ll mourn,

and shed some tears and feel the pain.

But I must go back and reminisce,

and think, and pray for those who there remain.

For they, too, were out upon that sea,

and then they died in Normandy.

Now from their graves above the shore,

they’ll keep their watch out on that sea, forever more.

I must go back to Normandy,

and, with them, once more,

look out upon that sea.

Sergeant Frank J. Wawrynovic landed on Omaha Brach on D-Day with C Company of the First Battalion, 115th Regiment, 29th Division.  On June 17, he was wounded while scouting ahead of the American line in an orchard near the Norman city of St. Lô.  He was evacuated, hospitalized for nearly two years, and discharged with a medical disability.  After the war he returned to school and had a successful business career.  Over the years he and his wife, Stella, gave very generous support to a variety of charities and non-profit organizations, including Normandy Allies.  Many years after the war, his thoughts returned to that episode, leading him to write the poem shown above.  He died in 2005, and his wife followed him in 2013.

D-Day occurred 75 years ago today and led to the liberation of Europe from Hitler's Nazi regime.

Thanks for sharing, Joe! I’m saving this beautiful poem for when I teach my 11th graders about D-Day next year.

That's wonderful, Dylan. I used to love teaching American History. I still teach but in a different way.

I can understand that for you, American history is very important.

What you should also teach to your students is that in 1944 the American troops weren't alone to land on those beaches of Normandy. The British and us, Canadian army, were also there to help liberate France and Europe from that Nazi dictator.

More than 2000 Canadian soldiers also died in this first assault and the days after.

This event isn't only on American history but on the world wide history too.

Now and like then, Democracy and LIBERTY is always at stake in many part of the world.
WE must continue to remember ALL those who sacrifice their lives to save Peace and LIBEERTY.