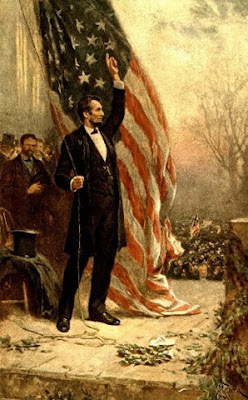 If you want just my opinion on this controversial issue, this would be a very short post, because I don’t think he was gay.  However, there is a lot of controversy over this issue, and I thought I would give a closer look for you guys.


The sexuality of Abraham Lincoln is a subject that is laced with many discrepancies and historical flaws.

The notion that Lincoln was a homosexual also portrays nearly perfectly two of my major pet peeves with historians.  First, much of the argument is taken out of its historical context, and second, the authors who expound on this notion have no historical objectivity.  I will explain these two pet peeves of mine as I relate the supposed homosexuality of Abraham Lincoln.  Mostly, I will explain what is wrong with the theories of Lincoln’s homosexuality.  If you are not familiar with the arguments concerning Lincoln’s homosexuality, please read the suggested readings below. 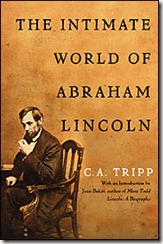 In The Intimate World of Abraham Lincoln

, C. A. Tripp contends that Lincoln had erotic attractions and attachments to men throughout his life, from his youth to his presidency. He further argues that Lincoln's relationships with women were either invented by biographers (his love of Ann Rutledge) or were desolate botches (his courtship of Mary Owens and his marriage to Mary Todd). Tripp is not the first to argue that Lincoln was homosexual -- earlier writers have parsed his friendship with Joshua Speed, the young store owner he lived with after moving to Springfield, Ill. -- but he assembles a mass of evidence and tries to make sense of it. 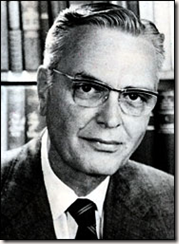 Tripp died in May 2003, after finishing the manuscript of this book, which means he never had a chance to fix its flaws. Tripp alternates shrewd guesses and modest judgments with bluster and fantasy. He drags in references to Alfred Kinsey (with whom he once worked) to give his arguments a (spurious) scientific sheen. And he has an ax to grind. Not only did he work with Kinsey, but Tripp was a well-known gay activist and psychologist.  By the way, psychologists who write psycho-history are often the worst type of historians.  They have very little understanding of the craft and they use their knowledge of psychology to interpret historical data.  The same goes for most journalists, who do not have the same standards as historians when it comes to citing their sources. Psychologists who write history too often apply Freudian and Jungian psychology to people who had never had any knowledge of this type of psychoanalyzing.


In the after math of the Franco-Prussian War in Europe (1870-71), Carl von Clauswitz wrote the military strategy book On War.  Military historians after the publication of On War are able to compare Clauswitz theories to modern warfare because it influenced modern generals and military strategists.  Likewise, the psychological theories of Freud and Jung and the perverted misunderstanding of Einstein’s Theory of Relativity (“everything is relative,” not just E = mc2, as Einstein meant it) greatly influenced 20th century writers, who used this knowledge to form their characters and plot devises. I mention these two instances of influencing theories because Tripp uses modern homosexual behavior to explain Lincoln relationships with men.  He takes the notion out of its historical context. 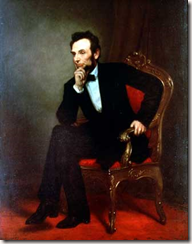 Intimacy between men was much more common and less sexually laced in the 19th century than it was in the later part of the 20th century.  In 19th century America, men commonly slept with other men. For example, when lawyers and judges traveled "the circuit" with Lincoln, the lawyers often slept "two in a bed and eight in a room."  William H. Herndon recalled, "I have slept with 20 men in the same room."  A tabulation of historical sources shows that Lincoln slept with at least 11 boys and men during his youth and adulthood. There are no known instances in which Lincoln tried to suppress knowledge or discussion of such arrangements, and in some conversations, raised the subject himself. Tripp, who was not aware of this large number of Lincoln's male co-sleepers, discusses only three of them at length: Joshua Speed, William Greene, and Charles Derickson.


Tripp and other gay activists have an agenda to prove Lincoln’s homosexuality.  He is seen as the father of the Republican Party, an American political party known for its many anti-gay members and platforms.  Their objectivity is shot to hell because they are not attempting to give their readers an intimate look at the private life of Abraham Lincoln, but to discredit the Republican Party.  For me, this takes away much of the credibility of advocates of Lincoln’s homosexuality.  I am no fan of the Republican Party.  I largely find the modern Republican Party to be defined by what it hates and not what it is for; however, the same could be said for the Democratic Party.  American politics is a divisive politics of hate.  If someone writing history is blinded by that hate, they cannot see the error of their historical argument.  They apply modern interpretations to situations that do not warrant modernity.  Yes, the Civil War in America, the mid-19th century was a turning point in the history of America.  It is a period of transitioning from the early republic to the modern era.  Yet, this transition was not even complete by 1877 when Reconstruction ended.  Therefore, modern interpretations of events are null and void.

They are directionally challenged!

Larry, I usually don't say something like this, because I think it is un-Christian to do so, but in your case, I will make an exception. The vast ignorance of your comment is astounding. For some, I realize that ignorance is bliss but all too often it leads to bigotry and hatred as is evident in you comment.