I recently made my American Literature students read some of the poems of Edwin Arlington Robinson.  I will admit that I was not terribly familiar with him, but we are studying American poetry, and he was one of the poets.  The poems were fairly short and fairly straightforward, meaning that it would be easy for the kids to interpret.  I read the poems and fell in love with them.  Since then, I have gone back and read a few more of Robinson's poems, and enjoyed them.  The two poems that we read, sort of resonated with me in a special way.

On December 22, 1869, Edwin Arlington Robinson was born in Head Tide, Maine. His family moved to Gardiner, Maine, in 1870, which renamed "Tilbury Town," became the backdrop for many of Robinson's poems.  His poems are sketches about different people in the town.  If you have never read the two poems below, I hope that you will read them now, or if you have read them before, I hope that you will enjoy them all over again.

The first poem is Richard Cory:

Whenever Richard Cory went down town,
We people on the pavement looked at him:
He was a gentleman from sole to crown,
Clean favored and imperially slim.

And he was rich--yes, richer than a king--
And admirably schooled in every grace:
In fine, we thought that he was everything
To make us wish that we were in his place.

So on we worked, and waited for the light,
And went without the meat and cursed the bread;
And Richard Cory, one calm summer night,
Went home and put a bullet through his head.

The two major things in this poem the wealth of Richard Cory and his suicide at the end are not what draws me to this poem.  I am not rich nor do I contemplate suicide.  This poem, which first appeared in The Children of the Night and remains one of Robinson's most popular poems, recalls the economic depression of 1893. At that time, people could not afford meat and had a diet mainly of bread, often day-old bread selling for less than freshly baked goods. This hard-times experience made the townspeople even more aware of Richard's difference from them, so much so that they treated him as royalty.  I think what I get out of this poem is how he doesn't fit in because of something extraordinary about him.  In his case it is his wealth.  In my case, people often see me as smart and don't often see me as a regular person.  I can tell a dirty joke, drink a beer, and be just as normal as the next person, but sometimes, people see my intelligence and often think, "He's too smart for me."  Or maybe because I am gay (or perceived as gay for those who don't know for sure), people think that I do not enjoy sports, fishing, or other "manly" pursuits.  To truth is, I am just a normal guy who is smart and gay.  Neither of those are the central things about me.  We all have something that distinguishes us, but should that separate us from the crowd.  Maybe sometimes it does, and sometimes we want it to, but all in all, we are just people like everyone else.  Sadly, the people of Tilbury Town did not realize this about Richard Cory.

The other poem is the way I sometimes feel when I am studying particular periods in history. 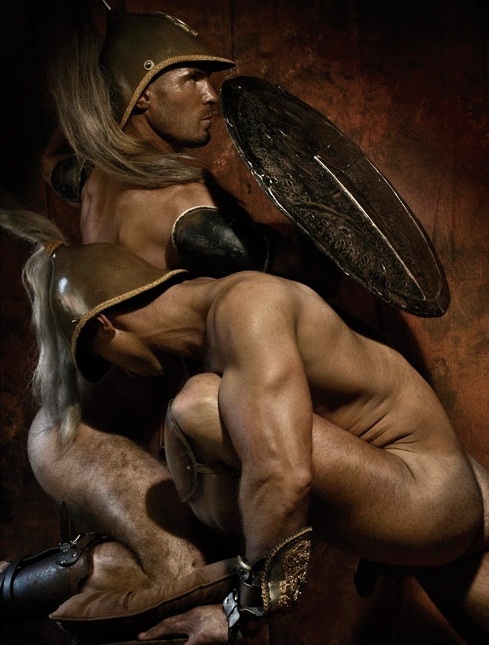 Miniver Cheevy, child of scorn,
Grew lean while he assailed the seasons;
He wept that he was ever born,
And he had reasons.

Miniver loved the days of old
When swords were bright and steeds were prancing;
The vision of a warrior bold
Would set him dancing.

Miniver sighed for what was not,
And dreamed, and rested from his labors;
He dreamed of Thebes and Camelot,
And Priam's neighbors.

Miniver mourned the ripe renown
That made so many a name so fragrant;
He mourned Romance, now on the town,
And Art, a vagrant.

Miniver loved the Medici,
Albeit he had never seen one;
He would have sinned incessantly
Could he have been one.

Miniver cursed the commonplace
And eyed a khaki suit with loathing;
He missed the mediæval grace
Of iron clothing.

Miniver Cheevy, born too late,
Scratched his head and kept on thinking;
Miniver coughed, and called it fate,
And kept on drinking.

We may not take it as far as Miniver Cheevy, but I think all people who study history sometimes feel that they were born in the wrong time.  Then again, there have been very few times in history when it was as acceptable to be gay as it in this day and age, but then again who wouldn't have loved to witness the Olympic Games of Ancient Greece, or traveled down the canals of Venice when the city was in its full glory, or any number of periods or events in history.  Personally, though I would love to visit those time periods, I like my modern conveniences and air conditioning.  Then again, the Roaring Twenties when I could have possibly partied with F. Scott and Zelda Fitzgerald and Tallulah Bankhead or sat on the Seine with the Lost Generation or gone to the Cotton Club in Harlem at the height of the Harlem Renaissance.  Come to think of it, maybe, I was born out of time. I think I would have loved the 1920s (just not the Great Depression that followed).

How many of you have felt that you were born in the wrong time? Or that people didn't appreciate you for who you are?

Interesting and appropriate poems whether read through the eyes of s straight student or a mature gay male....Amazing how the poems can be interpted on the two levels, and come to so much the same conclusions, just expressed in different language.

As for me, I choose the present time.

By the way, the new system of proing I am not a robot is not the best....Difficult to make out the garbled characters ....oh, well....

I think that's what really makes poetry interesting, the different levels of interpretation and how we all can see things so differently.

Also, did you know that Simon and Garfunkel actually did a song based on Richard Cory. http://www.youtube.com/watch?v=asqQGVu940E

u must get a hard on looking at the statue of david...