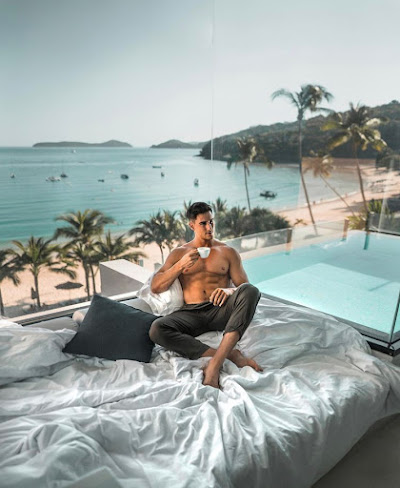 One of the things I think we all have learned this year is how selfish and hateful many people are. After four years of a Donald Trump presidency, people have lost all sense of decorum and decency. That was never more apparent than when the pandemic began, and people were asked to wear masks, social distance, and not gather in crowds. While many of us followed these directives, many others did not. They protested the mask mandates and the temporary closures because it “violated their personal freedoms.” Yet, they seemed to not care about others' rights as they derided the Black Lives Matter Movement. Many people's ugly personalities came out over 2020, and they became so prevalent we saw “Karens” and “Richards” everywhere we looked. People need to understand that they are not entitled to deny someone else their life, health, or livelihood. We’ve seen a Republican Senate that has refused to offer aid to starving and jobless Americans. When significant problems arose, they abdicated their leadership responsibilities for partisanship, Trumpism, and denial.

I hope that 2021 will be a year of healing. I pray that we will see a return to kindness. I want 2021 to be a year of hope. The Trump presidency will end on January 20, and hopefully, the Senate will be in the hands of Democrats after the January 5 runoff in Georgia. If the Republicans retain control of the Senate, we will see at least two more years of inaction and hatefulness. This coming year could be a year of great change and finally be a time when the United States moves in the right direction and lives up to the words of the Declaration of Independence: “We hold these truths to be self-evident, that all men humans are created equal, that they are endowed by their Creator with certain unalienable Rights, that among these are Life, Liberty and the pursuit of Happiness.”

The past year saw many people fight against the idea that all people are created equal, and they have done their best to deprive us of life, liberty, and the pursuit of happiness. This needs to change, and the United States needs to finally live up to its promise. We need equality and rights for all people wherever in the world they may be, and we need to be a world leader in making sure that comes to fruition. We need to put aside our differences and work together to make this world a better place before destroying it and becoming more akin to those dystopian novels of destruction where there is even greater suffering or injustice.

Let us pray that 2021 will be a better year. I pray it will be a year of hope and a year when we begin to work towards equality for all. I pray that we will work together to create a world that is devoid of discrimination on the basis of age, disability, genetic information, military service or veteran status, national origin, pregnancy, race, color, ethnicity, religion, sex, gender, gender identity, or sexual orientation.

I wish you all peace, good health, prosperity, and equality in the new year. May 2021 be a hope-filled year for all of humankind.

Email ThisBlogThis!Share to TwitterShare to FacebookShare to Pinterest
Labels: Inspiration

Fine sentiments, Joe. I join you in hoping to see a return to civility and good will towards all in 2021.

Hope you have a great New Year, getting rid of Trump will be a blessing for the world totally awful over seventy million still voted for him.

I totally agree to your text and from a Canadian point of view, USA are often showing suche contradictions.
Love and hate at the same time, inclusion and exclusion and what was mostly shown in this year of the pandemic, the growing distance between rich and poor people.

Contradiction as many are afraid of «socialism» your governemnt is now battling to provide financial help to your population and helping businesses to maintain them alive.
If this isn't socialism,,, MMMMM !!

Contradiction when such a advanced democratic and rich country can spend trillions to space conquest and military, to mention only those ytwo, US is now facing such issues to get vaccines in the arm of its entire population.

Hope is that the new administration will be able to give the US population more to get out of the last 4 destructive years.
But this task will be titanesque or Biden-Harris administration as this last 45 did a kind of mass destruction on US democracy, economy and race division etc.

Be safe and healthy.

Your friend from Montreal

Thank you for a fabulous year of posts about history, current events, and you! Hope 2021 is so much better than 2020! It has to be, right? Right?

I'd like to return to a life when politicians are neither seen nor heard nor talked about. But, when all that annoys me, I just get off the damn internet.

What this year has shown us is how much hate/animosity/prejudice was under the service. The current president was not the instigator. He nurtured it and brought it to the service and folks said "that is me" I will embrace it and flame the fires. This country has a long way in terms of healing itself. It is sad to see the selfishness of these past 4 years. We have COVID deaths to prove it. Your "rights" stop at the tip of your nose if those "rights" harm your fellow man. Uncle Joe has a long haul ahead of him because the hatred/selfishness will not stop on January 20th. We have a Republican party that staunch Republicans don't recognize any longer. And what is worse is Republicans are willing to let others die, be disenfranchised... for money and power. The enablers up and down the political spectrum should be ashamed of themselves. That is what has upset me the most, enablers watching the country burn to the ground saying I have mine, it's up to you to get yours. You have a Republican senator saying recently-a 2024 presidential hopeful (in his eyes)-that there was something fraudulent with the current election because his party did not win. No, there was nothing fraudulent about it, you lost. The folks that voted for president this go-round did not vote for him because of some policy or position-there are none-the 70 something million people that voted for him liked what he stood for. He hates who I hate. Let's give him another go.

Victor, Joe Biden could be Jesus Christ himself ushering in the Second Coming and Republicans would oppose and hate him be cause he was a Democrat. Republicans and most Christians proclaim their religion at the top of their lungs, but they care nothing about the words of Christ. Their hatred and greed has blinded them to everything but money and power.