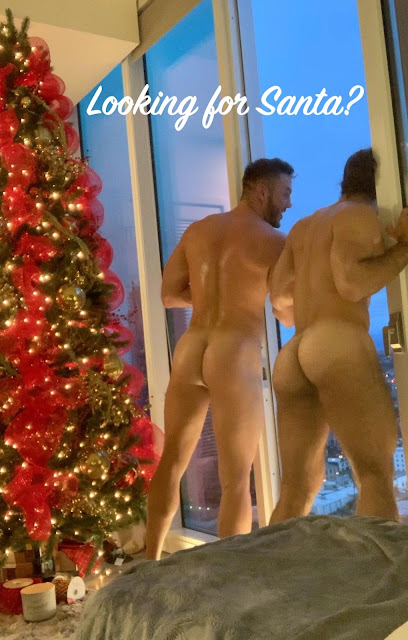 On November 30, 1955 (exactly 22 years before I was born), U.S. Air Force Colonel Harry Shoup was monitoring the skies above Alaska for Soviet fighter jets and intercontinental ballistic missiles (ICBM) that could deliver a nuclear weapon to the United States. He was stationed at Continental Air Defense Command (CONAD), and suddenly the dreaded red phone rang in his office rang. The red telephone was the hotline that directly connected his command post in Colorado Springs, Colorado, to the Pentagon. Shoup knew that a call over the top-secret hotline wouldn’t be good news and thought America’s worst Cold War fears were about to be realized. Shoup feared the caller might be the president or a four-star general warning of an atomic attack on the United States.

“Are you really Santa Claus?”

Shoup’s eyes immediately scanned the operations center. Who could this prankster be? CONAD was the deadly serious heart of America’s defense against aerial assault and was hardly the venue for a practical joke. The colonel was not amused. “Would you repeat that, please?” Shoup barked. On the other end of the line, he heard the frightened youngster sobbing and realized this was no joke. Some mix-up had compromised the top-secret hotline. Rather than admitting he was not Santa Claus, the 38-year-old father of four quickly assumed the part of jolly old St. Nick and listened to a Christmas wish list before asking to speak to the caller’s mother.

The mother informed the colonel that her child had dialed the phone number listed in a Sears Roebuck advertisement in the local Colorado Springs newspaper. The advertisement featured an illustration of Santa Claus and an invitation to call him on his private phone any time, day or night. There was a problem with that printed phone number, however. It had one digit wrong, causing it to be Shoup’s top-secret phone number. The phone is ringing off the hook. Instead of reaching the Santa standing by at the Sears Toyland, the children of Colorado Springs had instead connected with one of America’s most sensitive military installations. Shoup called AT&T and said to give Sears that phone number and get him a new one, but in the meantime, he had to have servicemen answer the calls.

When President Dwight D. Eisenhower formed CONAD in 1954 to provide early warning of an aerial attack from enemies such as the Soviet Union, he tasked the joint military command with scanning the skies for “reds” flying bomber planes, not a man in a red suit. “There may be a guy called Santa Claus at the North Pole, but he’s not the one I worry about coming from that direction,” Shoup later told the International News Service. Still, the wrong number put the Colorado command post in a holiday mood and sparked a festive idea to soften its hard-edged public image.

Intending to make its mission a little less scary to the American public, CONAD issued a press release that appeared in newspapers around the country on Christmas Eve, letting “good little boys and girls” know that it was tracking a big red sleigh approaching from the North Pole. The command said that first reports from its radar and ground observation outposts indicated that Santa Claus was traveling at 45 knots per hour at an altitude of 35,000 feet. The release also contained a bit of propaganda that reassured children that American forces would “guard Santa and his sleigh on his trip to and from the U.S. against possible attack from those who do not believe in Christmas.” That was a clear allusion to the atheistic Soviets and their fellow Communists.

When Shoup visited his troops on Christmas Eve to distribute cookies, he looked up at the three-story-tall map of the North American continent that dominated the operations center to see that someone had sketched Santa’s sleigh descending from the North Pole alongside the unidentified objects detected in American airspace. The idea for the Santa Tracker was born as Shoup looked at that map on December 24, 1955. The colonel had a knack for public relations, so he arranged a phone call with a local radio station to report that CONAD had spotted an unidentified flying object that looked like a sleigh. Other radio stations then began to phone in to get the latest update on Santa’s location, and a Christmas tradition was cemented. The Santa Tracker grew bigger and better each year, and Shoup became known as the “Santa Colonel,” a nickname he embraced with pride.

In 1958, the Santa Tracker's responsibility was transferred from CONAD to the North American Aerospace Defense Command (NORAD) after the United States and Canada joined forces for the continent’s nuclear defense. Now officially known as “NORAD Tracks Santa,” the operation has evolved with technology and the times. During the 1960s, NORAD mailed vinyl records to radio stations that featured pre-recorded reports on Santa’s progress and holiday music from its in-house orchestra. In the 1970s, NORAD took to the airwaves with television commercials.

I have to admit that reading this story brought tears to my eyes. I remember going to my grandparent’s house every Christmas Eve. We would eagerly watch the TV for updates on Santa’s arrival. The weathermen at WSFA (the NBC affiliate in Montgomery, Alabama) would update the track of Santa on the radar every so often that evening. Those Christmas Eves with my grandparents were always a special time for me. We would leave their house and go to the home of either my other grandmother or one of her siblings for another Christmas Eve celebration, where we would have a huge meal with all of the extended family from my dad’s side. My mother’s family’s Christmas was a smaller occasion, and my Granny usually only fixed finger foods, so by the time we go to my Grandmama’s family’s Christmas, we were starving for some real food. After we left that Christmas party, we’d go home, check the news one more time to see where Santa was, and then it was off to bed. The next morning, my sister would be up before sunrise waking my parents and me to see what Santa had brought us. My father’s parents and sister would then come over for breakfast and spend most of the day with us as we played with our new toys. Those are some of my fondest memories of Christmas.

In today's digital age, Santa’s real-time progress can be monitored on social media, on smartphones and tablets through the official app, and on the NORAD Tracks Santa website, which is available in eight languages. As of 2017, Amazon Echo users can ask Alexa for Santa’s whereabouts. According to Royal Canadian Navy Lieutenant Marco Chouinard, a NORAD spokesperson, more than 1,500 active-duty military and civilian volunteers from the United States and Canada, including Shoup’s daughter Terri Van Keuren, will spend this Christmas Eve in Colorado Springs fielding inquiries from around the world. “In some cases, three generations have been doing this. It’s part of their Christmas tradition,” Chouinard says. With more than 150,000 calls expected this year, the phones are sure to be jingling at NORAD just as they were in 1955. Only this time, the hotline won’t bring any surprises.

Beginning today at 6:00 a.m. Eastern Time as I am posting this, kids of all ages can call 1-877-HI-NORAD or send an e-mail to noradtrackssanta@outlook.com to receive updates on Santa’s location.

Thank you for sharing your special family memories!!! So special and wonderful!

Merry Christmas to you and Isabella.
It'll be a «green» Christmas here in Montreal without white snow.
tomorow we'll even have some rain and 14°C.

What a wonderful Christmas tree on the pic. ;-)

Thank you, Joe, for the history, and for your personal memories. Always appreciated. Wishing you and Isabella a peaceful and safe Merry Christmas! <3

Merry Christmas Joe!! And nothing but the best for the new year!! Santa told me your man is on hold until after COVID. So hang tight!!