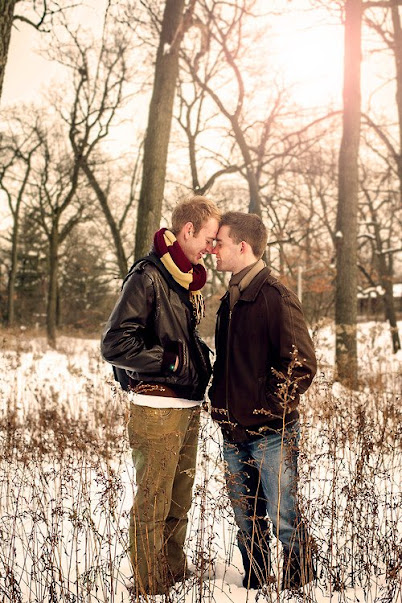 Frederick Douglass said, "Where justice is denied, where poverty is enforced, where ignorance prevails, and where any one class is made to feel that society is an organized conspiracy to oppress, rob and degrade them, neither persons nor property will be safe." God sent Jesus to this earth to save us from sin. We can do that by following the teachings of Jesus and bring social justice to the world. Justice in the eyes of God is characterized by profound generosity, universal equality, life-changing advocacy, and social responsibility.

The first aspect of justice in the Bible is profound generosity. While capitalism says that your money belongs to you, and socialism says your money belongs to the State, the Bible says that all your money belongs to God, who then entrusts it to you. Paul quotes David in 1 Chronicles 29:14, in which David says to God, “But who am I, and what is my people, that we should be able thus to offer willingly? For all things come from you, and of your own have we given you.” In Luke 16:1-16, Jesus relates the Parable of the Unjust Steward. A steward was the manager of an estate under its owner, making him both a master and yet a servant. In the parable, the steward, who is about to be fired, ingratiates himself with his master's debtors by paying some of their debts. With this parable, Jesus calls on us to be wise stewards of our wealth. So our wealth belongs to us and yet does not belong to us. Ultimately, it belongs to God, and we should be charitable in as much as we can to honor God.

A second element of justice in the Bible is universal equality. Biblical justice requires that every person be treated according to the same standards and with the same respect, regardless of class, race, ethnicity, nationality, gender, or other perceived social category. Leviticus 19:15 says: “You shall do no injustice in court. You shall not be partial to the poor or defer to the great, but in righteousness shall you judge your neighbor.” Deuteronomy 16:19 says: “You shall not pervert justice. You shall not show partiality, and you shall not accept a bribe, for a bribe blinds the eyes of the wise and subverts the cause of the righteous.” Jesus shocked the social sensibilities of his day by receiving and treating all classes of people with equal love and respect. The Jews saw Samaritans as racial inferiors, yet twice Jesus places Samaritans on the same spiritual level as the Jews. Jesus touched off a riot when he declared that God loved Gentiles as much as Jews. Jesus reached out to lepers who were social outcasts, touching them and defying the contemporary social prohibitions. Many people forget these lessons from Jesus. He did not see distinctions between people but saw what we all have in common: humanity. I have always believed that at the core of our humanity is universal love, but some forget this.

A third component of justice in the Bible is significant, life-changing advocacy for the less fortunate and the oppressed. Psalm 41:1 says, “Blessed is the one who considers the poor! In the day of trouble the Lord delivers him.” The word translated “considers” means believers are to pay close attention to the weak and the poor, seeking to understand the causes of their condition and to spend significant time and energy helping to change their life situation. Proverbs 29:7 tells us, “A righteous man knows the rights of the poor; a wicked man does not understand such knowledge.” While we are to treat all equally and not show partiality to any, we should have a special concern for the poor, the weak, and the powerless. Proverbs 31:8-9 says, “Open your mouth for the mute, for the rights of all who are destitute. Open your mouth, judge righteously, defend the rights of the poor and needy.”

A fourth measure of justice in the Bible is social responsibility. We have a Christian duty to serve each other. First Peter 4:10 says, "As each has received a gift, use it to serve one another, as good stewards of God's varied grace." Service is the embodiment of Christian love toward others. We also have a Christian duty to encourage one another. First Thessalonians 5:11 says, "Therefore encourage one another and build one another up, just as you are doing." It is easy in this world to become discouraged because of work, relationships, and finances, but we can encourage people to rise up and overcome any obstacle they may encounter if they believe in themselves. Therefore, our Christian duty is to help them believe, overcome, and stay faithful in a discouraging world.

Furthermore, we have a Christian duty to help carry burdens for others. Galatians 6:2 says, "Bear one another's burdens, and so fulfill the law of Christ." Nobody should have to walk alone and carry all of their burdens alone. We need to help others and share in and lighten the heavy load many carry on their shoulders. Lastly, we have a Christian duty to pray for each other. James 5:16 says, "Therefore, confess your sins to one another and pray for one another, that you may be healed. The prayer of a righteous person has great power as it is working." The heavy loads we carry just don't stay in the natural world, but also belong in the spiritual. We must pray for each other. Sometimes when we are tired and burdened, we just don't feel like praying. Therefore, we as Christians must pray on behalf of others.

One of the many reasons for the decline in church attendance and religion in the United States is that increasingly Christians are seen as highly partisan foot-soldiers for political movements and misplaced piety. We have seen this in the cult-like support of Trumpism by evangelicals. Partisanship in religion causes both divisiveness within the church and loss of credibility in the world at large. Many Christians publicly disown and attack other believers who believe in Christ’s social justice because they vote for the “wrong” candidates or love the “wrong” person. They seem to feel a more common bond with people of the same politics than of the same faith. When the church as a whole is no longer seen as speaking to questions that transcend politics, and when it is no longer united by a common faith that transcends politics, then the world sees strong evidence that Nietzsche, Freud, and Marx were right, that religion is just a cover for people wanting to get their way in the world. In 1 Corinthians 6:1-8, Paul insists that Christians must not let legal or political differences supersede their oneness in Christ. We are all one in the eyes of God, and we should recognize that fact.