The Day of Infamy 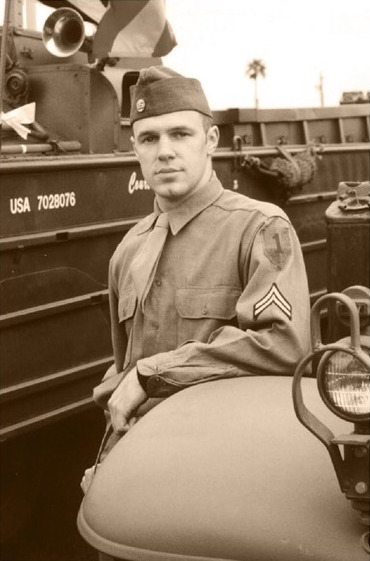 It began as an ordinary December day. Most Americans were doing what Americans do on a Sunday afternoon. They had gone to church, had Sunday dinner, and were spending the afternoon with their families, not girding for battle. That changed abruptly on December 7, 1941, when the first Associated Press report came over the radio at 2:22 p.m. Eastern Standard Time of a “bombing in Hawaii,” the news was electrifying. My grandparents were returning from the hospital, where their baby girl had just died of pneumonia, and they turned on the radio just as they were announcing the bombing of Pearl Harbor. Not only had Grandmama just lost her baby but also, she realized that she could soon lose her husband to the imminent war. Granddaddy fought in World War II, serving in the Army Corps of Engineers. Luckily, he safely returned home to my Grandmama, and they had two more children: my father and my aunt.

Pearl Harbor marked a watershed in the nation’s history. What came after would be very different from what came before. It was the war that changed the world. “The Day of Infamy” thrust us into a conflict more than four years long that altered nearly every aspect of American life, large and small—from rationing gas and sugar, the harnessing of atomic power, and the new role of women in the workplace. The United States united again to defend our democracy as they had in the First World War some twenty-four years earlier. For more than 400,000, it would be the ultimate sacrifice, which is why it is so important to remember the anniversary of Pearl Harbor.

The Japanese bombing began at 7:55 a.m. Hawaiian time and lasted little more than an hour. It devastated the American military base on the island of Oahu in the Hawaiian Islands. Nearly all the ships of the U.S. Pacific Fleet were anchored there side by side, and most were damaged or destroyed; half the bombers at the Army’s Hickam Field were destroyed. The battleship USS Arizona sank, and 1,177 sailors and Marines went down with the ship, which became their tomb. In all, the attack claimed more than 3,000 casualties—2,403 killed and 1,178 wounded. Luckily for the U.S. Navy, the aircraft carriers in the Pacific Fleet were out on maneuvers. These carriers would be vital in the Pacific War against the Japanese. On the same day as the attack on Pearl Harbor, the Japanese also attacked Malaya, Hong Kong, Guam, the Philippine Islands, Wake Island, and Midway Island.

President Franklin D. Roosevelt called a Joint Session of the U.S. Congress for the next day. The address is one of the most famous of all American political speeches. The speech was less than eight minutes long, and he opened the speech with these unforgettable words: “Yesterday, December 7, 1941—a date which will live in infamy—the United States of America was suddenly and deliberately attacked by naval and air forces of the Empire of Japan.” The speech had an immediate and long-lasting impact. Thirty-three minutes after he finished speaking, Congress declared war on Japan, with only one Representative, Jeannette Rankin, voting against the declaration. A lifelong pacifist, Rankin had also voted against the declaration of war in 1917. Each time it cost Rankin, who was the first woman to be elected to federal office, any hope of reelection. The speech was broadcast live by radio and attracted the largest audience in U.S. radio history, with over 81 percent of American homes tuning in to hear the President. The response was overwhelmingly positive, both within and outside of Congress.

During the war, 671,801 service members would be wounded, and 419,400 Americans would die during the war. As many as 85 million were killed during the war from all belligerents. Let us not forget those deaths.

A day of national tragedy, and for your family a personal one. Thank you for sharing your story. Stay safe. <3