On April 15th, I will be joining GLBT bloggers across the nation for a tremendous cause (at least I hope many of them will be doing it again this year), the National Day of Silence which is aimed at preventing anti-LGBT name-calling, bullying and harassment in schools. 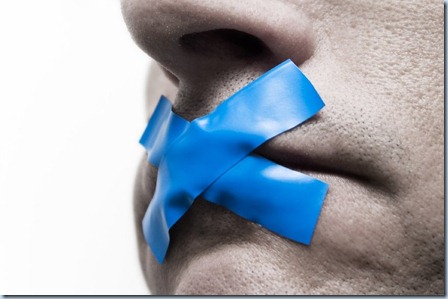 The National Day of Silence brings attention to anti-LGBT name-calling, bullying and harassment in schools. Each year the event has grown, now with hundreds of thousands of students coming together to encourage schools and classmates to address the problem of anti-LGBT behavior.

I will not be able to practice this at school since I am a teacher and must teach throughout the day.  I will however continue my efforts to stop the use of derogatory language and the bullying LGBT kids. Since my school would never understand being silent for a day, I have decided that instead of blogging this Friday, there will only be this post (even though I usually do not post on Fridays anyway.)

For someone who suffered unmercifully throughout my school years, this is an important issue for me. When I was sixteen, I even tried to commit suicide to end the daily torture I endured. Luckily, I was unsuccessful and learned to love myself and do my best to ignore the ignorance around me. It's not easy being a gay kid in the Southern United States, especially in redneck central.

I have done my best to stop anti-LGBT name-calling, bullying, and harassment, and my straight friends know that there are certain things you just don't say around me. I will not tolerate: "That's so gay!" or the words "fag," "faggot," or even "queer" if it's said in a derogatory fashion. If we all stood up for ourselves, we can make a difference. When you hear someone use a derogatory word towards LGBT people, make a stand and show that person how wrong they are. If I can make one young persons life a little easier by stopping ignorance, I believe I have made a difference.

On the National Day of Silence hundreds of thousands of students nationwide take a vow of silence to bring attention to anti-LGBT name-calling, bullying and harassment in their schools.

Email ThisBlogThis!Share to TwitterShare to FacebookShare to Pinterest
Labels: Resources

As someone who was called different names for different reasons in my school years, and suffered for a long time because of it, I just wanted to extend my support to you, and thank you for sharing something so personal with us. The world is a happier place becaue you learned to love yourself.

Chris, tears came to my eyes when I read this. You made my day with your comment, and I do hope that I help others by telling this part of my life. When we learn to love ourselves for who we are, we can make the world a better place. That is something I strive for.