Are Gay Guys Obsessed with Sex? 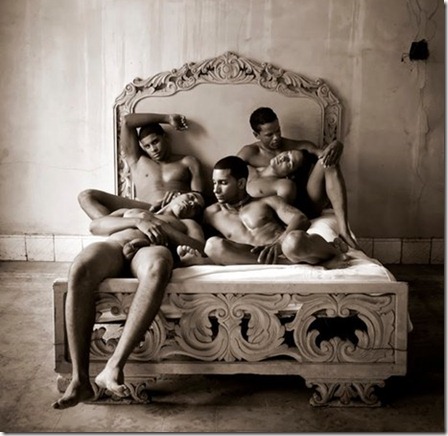 I was inspired to write this post by a post  from Davey Wavey’s  always inspiring blog, Break the Illusion.
Many guys are obsessed with sex, gay or straight, it doesn’t matter.  And contrary to what many people believe women are just as obsessed with sex.  Gay men do often get stereotyped as the world’s biggest horn dogs, but there are good reasons for this.

The expression of that obsession, though, may be a bit different. Women experience tremendous pressure to refrain from promiscuous sex. If a woman has many sex partners, she’s labeled a slut or a whore. If a man has many sex partners, he’s labeled a stud – and his buddies might give him a high-five. Sexual promiscuity among men isn’t as taboo as it is among women, and in some ways, I think this gives men a mental green light. And when you have two men with mental green lights together, well… there’s no brakes.

So we might have lots of testosterone, less of a stigma on promiscuity and no path to marriage – but I wonder how much more sex we’re actually having? Are gay men actually more promiscuous?

When all is said and done, I think the obsession with sex isn’t a gay thing. It’s a human thing. I think that in our younger days, we often deny ourselves, sometimes even denying who we are.  When we finally comes to terms with who we are, we can go wild a lot of the time.  Think of it like this, it was always the preachers daughter who was the wildest.  They are constantly denied, then when the got the chance they went wild.  I think a lot of us as gay men are the same way.  We finally free ourselves of our mental restraints and then we are able to explore more freely.

What do you think? Are gay guys obsessed with sex? 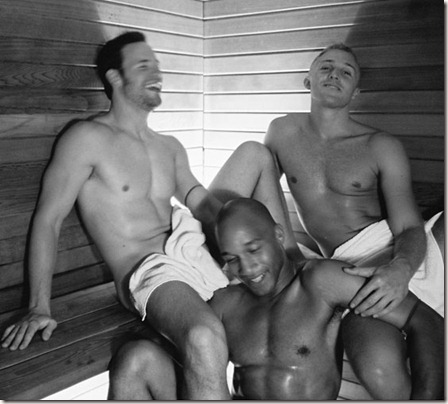 I'm obsessed, but it doesn't mean I'm getting any. In high school, it was catch as catch can, with whoever I could convince we were just fooling around - pretty much the same in college. Once out of college, there was no less obsession, but "monosexual" sort of fits...now in older-middle age, still no less obsession, still not promiscuous by any definition!

Only guys know that. But in my opinion gays are obsessed with sex. So if guys and gays make sex, what an aggressive sex could it be. Read this.
http://www.sexualhealthcare.net/

Yes, most of us gay guys are. I have been trying to be more sane about hooking up lately, but the flesh is weak. :) Add to that the fact that it is so much easier to get men to have sex with you than go out for a simple dinner! :(

If you wonder whether men are more promiscuous, read the last testimonial from "Bi-Gentleman" at his Bi Married Mafia website: bimarriedandhonest.blogspot.com

My wife of 17 years (who knew I was gay before we got married) used to say:

"Women need a reason to have sex, Men just need the opportunity"

Joe: There is always enough anecdotal evidence to back up stereotypes so I would agree that as a general observation, collectively gay guys are more sexual. But as Dan Savage has commented, gay guys tend to encourage one another while females have a regulating effect on S8 guys -- who would be as sexual as gay guys if their gals would allow them.

No we aren't more obsessed with it. Speak to a few straight men and women and we're pretty much all the same.

Hell, I've had women that know I'm gay regale me with tales of sexual conquest that would make a lesser person blush. Damnation, I was getting my fill but I couldn't hold a candle to these women.

M@rvin, I agree. I'm more sane about it now, but why can't we just find a guy who wants to go to dinner and have a nice conversation and get to know each other. Instead, they usually want to know how quickly they can get you in bed, get their rocks off, and leave.

Anon, "Bi-Gentleman" makes a lot of sense in his last post. It's sad but it is true. The problem with his assessment is that while his stereotypes might be largely true, there are still some good gay guys out there.

truthpew, I know this may sound like I am agreeing with everyone here, but I certainly think straight women have the same if not more of a sex drive than we do. The only difference is that they whine to everyone when the guy doesn't call back the next day or just moves on. As gay men we keep it in (not exactly a good thing) and look for the next adventure.

You are right, FOC, but there were times that I was very stupid and risky. It just happened to turn out that I was lucky.

Hey I liked the pics and would like to see more pics in near future. Meet some of the most Hot London Escorts to satisfy yourself.

Great information shared on this blog post. Would like to see such info in future on this blog. Meanwhile have a look on Elite Busty London Escorts who are waiting for your call.