Moment of Zen: Thumbs Up 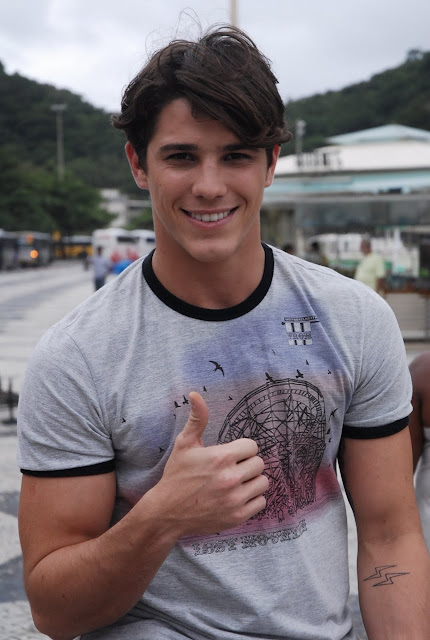 The Latin phrase pollice verso is used in the context of gladiatorial combat for a hand gesture used by Ancient Roman crowds to pass judgment on a defeated gladiator. However, the type of gesture described by the phrase pollice verso and its meaning is unclear in the historical and literary record.


In modern popular culture, it is assumed that "thumbs down" was the signal that a defeated gladiator should be condemned to death; "thumbs up", that he should be spared, a view popularized by a widely reproduced painting by the 19th-century artist Jean-Léon Gérôme, whose Pollice Verso (usually known in English as "Thumbs Down") depicts a triumphant gladiator looking up into the stands for the verdict of the crowd.

To see the painting by Jean-Léon Gérôme, click to see more below and go to the second part of the post. 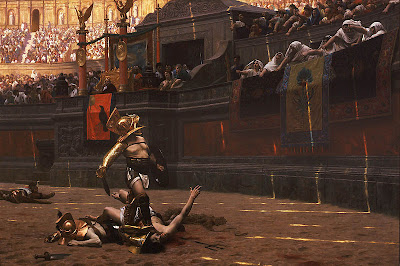 Email ThisBlogThis!Share to TwitterShare to FacebookShare to Pinterest
Labels: Art, Moment of Zen

Joe: What's the sign for "I want to jump your bones"? He's freaking adorable.

FOC: Maybe that's the sign he is giving, LOL.