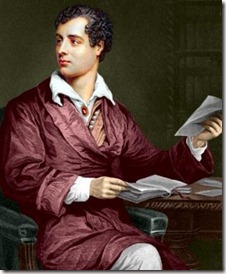 The poem below appears in The Penguin Book of Homosexual Verse (ed. Stephen Coote, pp. 192-93).  “The Cornelian” is about a choirboy, John Edleston (spelled “Eddleston” by Byron), whom Byron met as a student at Cambridge and with whom he was deeply in love (see The Columbia Anthology of Gay Literature, ed. Byrne R. S. Fone, p. 219).  Despite Byron’s reputation as a womanizer and a world-class object of heterosexual love, he was, apparently, throughout his life romantically attached to men.  Louis Crompton, in Byron and Greek Love: Homophobia in 19th-Century England, has shown that Byron fled England not only because of the scandal over his affair with his half-sister, but also because of the repressive anti-same-sex laws in England, where the penalty for sodomy was death.

Also, Crompton suggests that homosexual desire was one of the reasons he first went to Greece and the anti-same sex sentiment in England may account for the famous Byronic stance of lone defiance.  The Oxford Anthology of English Literature, Vol. II, says that Byron was “fundamentally homosexual” (p. 285), yet that was not a fact generally taught over thirty years ago, at least not in my experience, and the latest edition of The Norton Anthology of English Literature (2006) ignores the fact Byron was "fundamentally homosexual."


The Cornelian
No specious splendour of this stone
Endears it to my memory ever;
With lustre only once it shone, 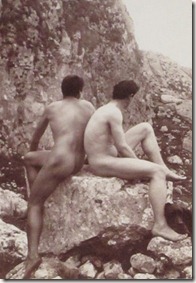 And blushes modest as the giver.

Some, who can sneer at friendship’s ties,
Have, for my weakness, oft reprov’d me;
Yet still the simple gift I prize,
For I am sure, the giver lov’d me.

He offer’d it with downcast look,
As fearful that I might refuse it;
I told him, when the gift I took,
My only fear should be, to lose it.

This pledge attentively I view’d,
And sparkling as I held it near, 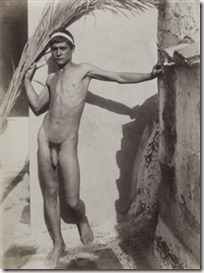 Methought one drop the stone bedew’d,
And, ever since, I’ve lov’d a tear.

Still, to adorn his humble youth,
Nor wealth nor birth their treasures yield;
But he, who seeks the flowers of truth,
Must quit the garden, for the field.

‘Tis not the plant uprear’d in sloth,
Which beauty shews, and sheds perfume;
The flowers, which yield the most of both,
In Nature’s wild luxuriance bloom. 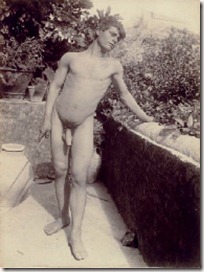 For once forgetting to be blind,
His would have been an ample share,
If well proportioned to his mind.

But had the Goddess clearly seen,
His form had fix’d her fickle breast;
Her countless hoards would his have been,
And none remain’d to give the rest. 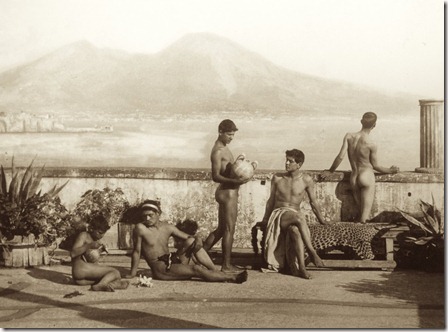 Truly awesome post, Joe. The poem is wonderful...tender...loving...and I've loved the photography of von Gloeden since I first saw it in a Time-Life Photography series of books. Thanks for a smile to end the day!

Jay, you're welcome. I'm glad you liked it.