On an update to my post Call to Action, believe it or not, I did actually hear back from my Congresswoman (on another matter that I wrote to her about a few months ago), and the letter was somewhat more personalized than I expected, which gives me hope. 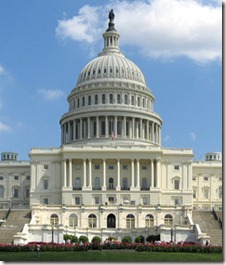 She's still a Republican, which takes away a lot of that hope, but you never know.  I just have a hard time trusting these Tea Partiers, which she is loosely associated with and how she got elected.  She spent the whole campaign going on and on and on and on about the evils of Nancy Pelosi.  It was her only platform, and most of the stuff she had quoted was wrong, yet the people of my district still elected her.  Is there no hope for us living in the Conservative Bible-Belt of the South?

I will move on to other stuff.