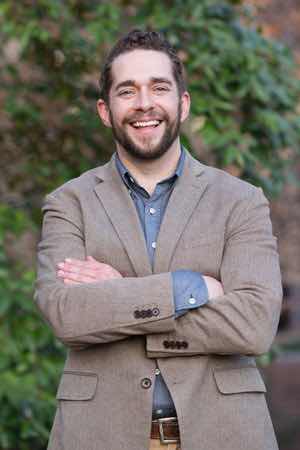 Well, here’s some slightly good political news during what is proving to be an otherwise very bleak week in American politics…

After a tough primary followed by an even tougher runoff, a former U.S. Marine and openly gay man running for a House seat in Alabama’s 54th district has just won his party’s nomination.

Neil Rafferty announced his bid for a seat in the Alabama House back in February of this year.

The seat is being vacated by Democrat Patricia Todd, the state’s first gay legislator, who announced in January that she would not be seeking reelection.

Yesterday, Rafferty won the Democratic runoff election, receiving 2,531 votes, or 67.12 percent, of the vote. His opponent Jacqueline Gray Miller, an environmentalist and marketer, trailed behind him at 32.88 percent.

So how did he celebrate his runoff victory, you wonder?

By going to a bar, of course!

After the results came in yesterday evening, Rafferty, who works as the director of research and development at Birmingham AIDS Outreach, took to Facebook to invite his friends and supporters to celebrate with him at Crestwood Tavern, a local dive bar.

But today it’s back to work for Rafferty. He needs to prepare for the general election in November, where he will face off against Independent Joseph Baker.

He'll have a tough race in maga land

He’s in a heavy Democratic district. He has a good chance of winning, even in Alabama.

I was happy to cast my vote for him, and I am happy to see you "reporting" on this. I see no chance of him losing in November. Our mostly African American district is becoming known for sending queer candidates to Montgomery. We elected the first ever openly LGBT legislator back in 2006 (Patricia Todd) and she will continue to represent us until November.

Good to hear from another Alabamian. I do hope he wins as predicted. He seems like he’ll make a great legislator.