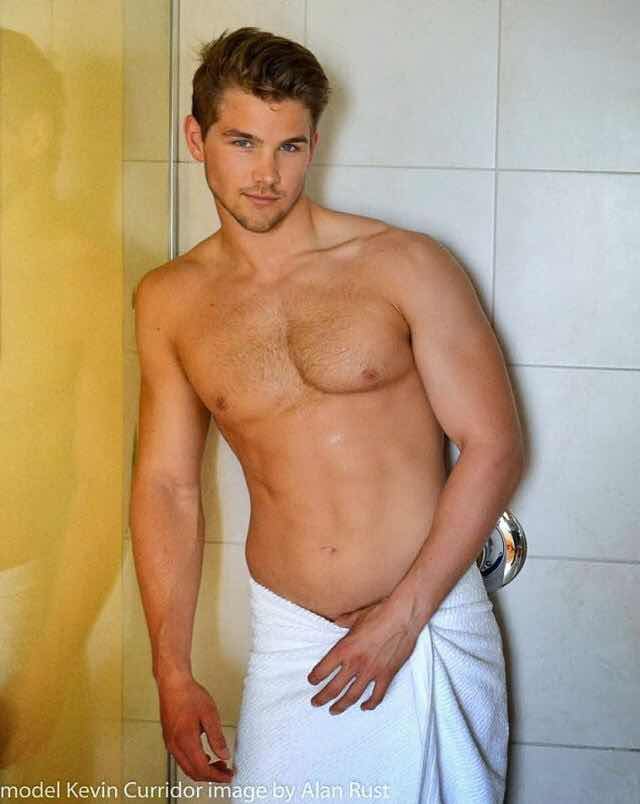 What is it about a man in a towel that makes him so sexy? Is it because he just has his body partly covered? Of course, he looks hotter when the towel comes down. I remember back in grad school, I’d been working out one day and went into the locker room and took a shower. When I came out there was this gorgeous guy standing before me. He couldn’t have been much older than 18, and it was obvious he had just been swimming in the pool adjacent to the gym. Just as I walked out of the shower, I was stunned by his beauty. Then he dropped his towel. I was shocked partly because he’d done it on purpose, most young men do the towel dance and will do anything not to be seen completely naked. What really shocked me was what was underneath. He was definitely a shower, if you know what I mean. It was one of the most gorgeous pieces of manhood I’ve ever seen in real life. And there it was right in front of me. Nothing more happened. I went on and got dressed, but the vision that had been in front of me has been ingrained in my mind ever since.
Posted by Joe at 6:00 AM

Ooh, the rare sighting of a shower showing off!

Not so rare if you go in locker rooms often.

During my 2 years of CEGEP (College here in Province de Québec after high school before university) I was in the swimming team also on the water polo team too.

So imagine all the times I was in that locker room with my team mates of 18-20 yo showering naked and fooling around. Great swimmer's body which I had in those times.

What a way to flirt.