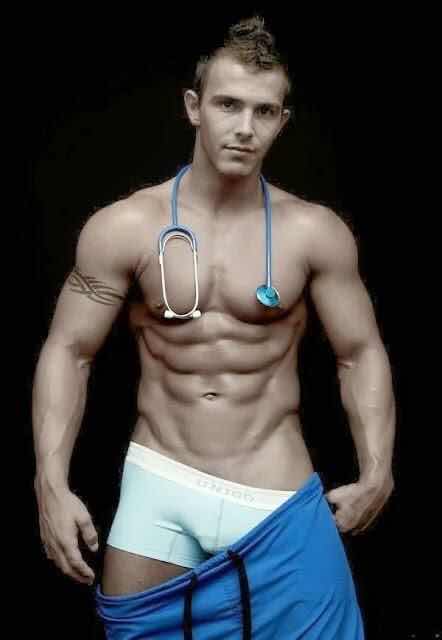 Lucky me, I got to take a trip to the emergency room last night. I was making a cucumber salad, so I was slicing cucumbers when my finger slipped and I sliced my finger instead. Ugh! Blood went everywhere. I pressed a paper towel to it, and called my new neighbor to see if she had a bandage. (By the way, I work with my new neighbor and know her well. We grew up not far from each other in Alabama.) Anyway, thankfully she did have a bandage, but we couldn’t stop the bleeding. Off to the ER we went. They took me back very quickly and over the course of about an hour or so, they stuck my finger in lidocaine and epinephrine to dull the pain and stop the bleeding. The bleeding wouldn’t stop so the had to put a compression bandage on it. Finally, I got discharged with a bag full of bandages and sent home. All is ok, and it will heal on its own. At least the PA and med student who worked on me were cute.
Posted by Joe at 6:00 AM

OMG!
You have to be careful, those cucumbers can be very dangerous… LOL!!

When you cut vegetables, you fold your fingers so they wont be exposed to the knife.

Please look after yourself, Joe. We care about you. Roderick

Cute medical professionals make bobo better...Congratulations on your new place...Make it your home...

Hope you get cured and okay real fast!
I agree that cute medical professionals always help in a way or another! ;)

And stay away from cutting any avocados for guacamole. Our local newscast did a segment last night on how to avoid being one of the thousands who wind up cutting themselves each year while trying to open an avocado for guacamole. Rule 1: don't hold the avocado in your hand while cutting it!

Richard, no worries about me and avocados, I hate the things. My local station did the same story.