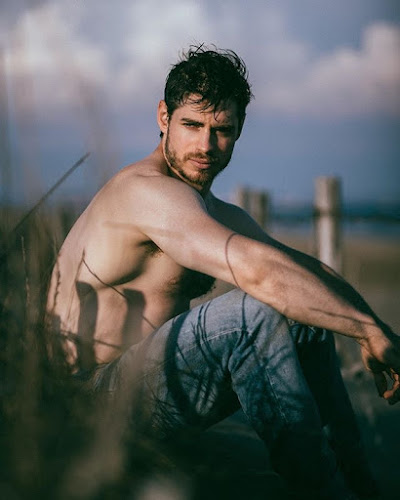 (English Translation by Horst A. Scholz)*

O how far away everything is

And long since gone.

I think that the star

From which I receive radiance

Has been dead for thousands of years.

I think, from the boat

I heard some frightening words.

Inside the house a clock

I would like to step out of my heart

To walk under the immense sky.

And one of all these stars

Which alone of them,

Standing in the heavens at the end of the ray …

René Karl Wilhelm Johann Josef Maria Rilke (4 December 1875 – 29 December 1926), better known as Rainer Maria Rilke, was a Bohemian-Austrian poet and novelist. He is "widely recognized as one of the most lyrically intense German-language poets.” He wrote both verse and highly lyrical prose. Several critics have described Rilke's work as inherently "mystical". His writings include one novel, several collections of poetry, and several volumes of correspondence in which he invokes haunting images that focus on the difficulty of communion with the indefinable in an age of disbelief, solitude, and profound anxiety. These deeply existential themes tend to position him as a transitional figure between the traditional and the modernist writers.

The earliest poems by Rilke mainly featured two topics: religion and nationalism. While the very first poems show strong adherence to the canon of Christian stories, later poems take Christianity on a whole different journey. Later in his career, Rilke moved ever further away from his Christian roots, starting to bring Greek mythological characters into his stories. Transformed into Christian symbology, these Greek characters offered a whole new world for Rilke, in which he dove willingly. However, true to the romantic spirit of his time, religion and mythology did not stay the only topics on which he focused. From the middle of his career until his death, his poetry was mainly focused on the emotional description of true events. Two main areas of interest are evident during this period. The first is nature and the will of nature to survive. The second is the human struggle. Rilke put his focus mainly on individuals, expressing his points of view through the eyes of fictitious individuals. In general, most of Rilke's poetry should be understood through the lens of his time and physical location. The struggles of the multicultural state of Austria-Hungary, which would be dissolved in his lifetime, play a pivotal role within his poetry and often individual poems make more sense seen this way.

Berlin in the early 1900s was a hotbed for ‘art for art’s sake.’ Put simply, this expresses the belief that writers and artists needed no justification for their art. Their work did not need to serve political, moral, or any other end. Artists, especially those of Aestheticist and Romanticist conviction, had begun to discover progressive modernism, with its penchant for avant-garde art, fueled by inner creativity alone. Rilke found himself caught in this rise of modernism, with its conflict between the burden of tradition and a desire to break free of it. Rilke's poetic development is a key example of this tension at work. For example, his poem ‘Klage’ likens the failure of creative power to the destruction of a tree by a storm.

The poem opens by expressing a longing for something passed. It captures the sense of distance and time which separates each of us from those we have lost. The line "under the immense sky" depicts the poet's wishes to be outside himself, a part of the greater cosmos where perhaps he may be able to lose himself. As with the notion of loss, one must contemplate the loss of self as well, thinking of stepping out from our own hearts into a time and place in which the physical appearance is not an adequate definition of things. The last section of the poem conjures something which is "like a white city" only found at the end of the radiant universe. It is a call to a longing from the heart. Life beyond mere life, an experience that cannot be held as an ordinary experience. Rilke wishes and believes "something" still exists, after all is said and done.

Thanks for the German version.