The Art of Debate 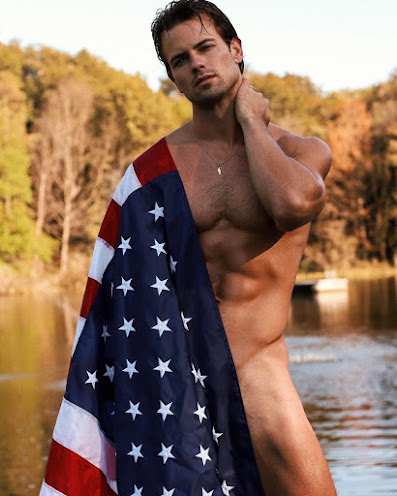 The Art of Debate

For most of my life

One day I was informed

I felt rather scorned

The subject was literal

I took a step back

I love the blacks

And respect the gays

Has a vacant seat

But what shall I bring

When my hands are dirty

But I’ve come to see

You don’t know me

As I don’t know you

Not defined by race

We all deserve grace

I’m tired of the hate

And our pride being burned

The art of debate

Is yet to be learned

There will be a lot of debate over the next several weeks. Tonight begins the first in a series of presidential debates. They’re always unpredictable. There will also be debates over the Supreme Court nomination hearings. The politics in America will get nastier and nastier as we draw closer to the election, and I don’t expect it will end with election night. We have a hard fight ahead of us on all fronts. In the debate tonight and the ones in the future, I hope Biden crushes Trump, but I’d be stupid not to worry a little about the debates. If you think you know what will happen in the coming presidential debates, think again. Even the best debaters have stumbled during debates in the national spotlight.

The first Kennedy-Nixon debate in 1960, when the two candidates squared off in the first televised presidential debate, is a good example. Most commentators expected Richard Nixon to win the debate handily. Not only did he have eight years of experience as vice president, but he also had a reputation as a skilled debater. But when the camera came on and began to broadcast, Nixon came across as pale and weak. John F. Kennedy appeared cool, tanned, and in command. Nixon, unlike Kennedy, seemed nervous and declined to wear makeup. While Nixon fared better in the second and third debates, and on October 21, when the candidates met to discuss foreign affairs in their fourth and final debate, Nixon’s one-point polling edge before the first debate turned into a three-point lead for Kennedy after the debate. JFK went on to win the election by a hair.

In 2000, observers expected Vice President Al Gore, a capable debater, to wipe the floor with Texas Governor George W. Bush, who was not then and is still not known for his eloquence. But that’s not what happened. In their first debate, Gore sighed, huffed and puffed, and left a poor impression. It was an impression that was lampooned on Saturday Night Live, and it stuck with him throughout the race. His pre-debate lead was wiped out. After all three debates, it was Bush who emerged the winner of the election, but not without controversy (see Gore v. Bush).

Debates, however, are lost, not won. That was apparent in 1976 when President Ford intimated that Eastern Europe was not under Soviet domination. It was a big blunder that played into the negative stereotype of Ford as dimwitted. Jimmy Carter didn’t win that debate, Gerald Ford lost it — and with it the election. Self-inflicted injuries are the worst kind. Americans like debates. They offer voters a chance to see candidates side-by-side. They motivate supporters and serve as tiebreakers for undecided voters. Debates can make voters more comfortable with candidates and lessen doubts. The smartest debaters use them to identify with the nation’s political temperament.

Debates have big audiences with enormous media buildups. They work best for candidates who use them to clarify the choice that voters are about to make. They offer valuable opportunities to sharpen messages and sort out issues that have become jumbled in the fog of campaign warfare. That’s why the question Reagan posed at the end of his debate with Carter—“Are you better off than you were four years ago?”—was so effective. It’s a question everyone needs to consider in this election. There are many unknowns when going into a debate, and one thing is for certain, Trump is full of surprises. He will lie about anything and say anything to get a positive reaction from his base, which they will believe because he has them believing anything they disagree with is fake news. However, in debates, surprise can kill––putting the target, and sometimes the aggressor, at risk.

As the underdog in the polls, Trump has less to lose. He needs to change the dynamics of the race. He will likely position himself as the only defense against a takeover by the radical left and portray Biden as a left-wing zealot, which Biden is decidedly not. Viewers will be watching this debate to see what happens. For supporters of Trump, it will be an opportunity to reinforce cult-like devotion; for his opponents, it will be an opportunity to reinforce deepening revulsion. For the percentage of the electorate that is undecided or not happy with either candidate, it could be an opportunity for them to actually make a choice.

There is little doubt that Trump will be nasty in his remarks and try to bully Biden. Biden needs to stand firm. Trump’s usual dirty political tactics could open himself up for tough counterattacks, especially if Biden goes after Trump on the coronavirus and healthcare and emphasizes the Trump administration’s uncaring and reckless policies. Biden will need to hammer Trump on his and the Republican strategy of ramming a conservative judge through the Supreme Court confirmation process before they lose the election. Biden needs to focus on the hypocrisy of the Republicans. The revelations about Trump not paying taxes for a decade will surely be a topic that is discussed, and Biden has a chance to show the American people that Trump is a liar, a cheater, and a fraud.

Anything goes in this election. And in the debate tonight, anything can happen. The stakes couldn’t be higher. Trump has a lot to answer for, and if Biden stays calm, hits back hard and effectively, and doesn’t falter or stumble, Biden will most likely come out on top in this debate. There is a lot of opportunities to make Trump look small, weak, and petulant. There is little that Trump can claim the higher ground on, and therefore, he will hit below the belt and show his lousy temperament, which will not sway his cult followers who love that about him, but it could sway the undecided against him if Biden plays his cards right. Biden needs to remember what Michelle Obama always says, “When they go low, we go high.” There is no doubt that Trump will go low, but Biden needs to stay above that and come across as a strong defender of democracy.

Joe, You will be relieved to learn that there is no way in hell I am voting for Donald Trump. He refused to condemn the KKK and followed up his refusal with the following line: “We have to go *back* to the core values of this country on race.” How far back does he want to go? Segregation, Jim Crow South, slavery... how far? As a history teacher, that immediately stood out to me. You won’t find a black man lining up at a time travel machine for a reason. And, Biden deserves my vote if for no other reason than how he remained composed when Donald Trump said despicable things about his son. I cannot imagine what I would have said or done in response. I just donated to Joe’s campaign and ordered a Joe Biden shirt that I look forward to wearing on Election Day. I don’t even know if I am a Republican anymore, even though I have been one all of my life. Any party that supports that behavior or those beliefs doesn’t give a damn about a black man from one of the poorest counties in America.

Brian, I am happy to hear it. I found Donald Trump to be an absolute disgrace last night, and I think Biden did the best he could under the circumstances. In fact, I think when Biden talked directly to viewers was a strong indication of how much he cares about us, and the things Trump said showed how much he did not. They really need to mute Trump’s microphone when he begins interrupting and causing chaos.