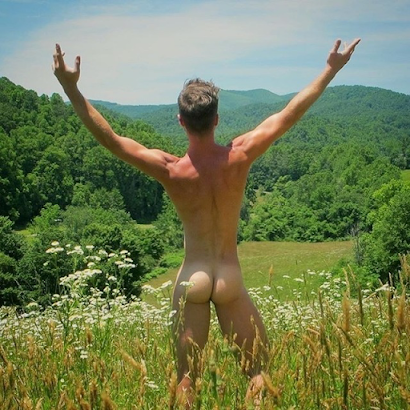 If wishes were horses, beggars would ride.

If turnips were watches, I'd wear one by my side.

There'd be no work for tinkers' hands.

I grew up watching reruns of I Dream of Jeannie and Bewitched. I'll admit I often dreamed of either having my own Jeannie like Tony Nelson or having magical powers like Samantha Stephens. When I was bullied in school, my favorite fantasy was that with a twitch of my nose, a quick nod of my head, or even a wave of my hand, I could slam those bullies against the wall and cause them extreme pain. That may sound pretty violent, but I wanted the magical powers so that they would remember the pain but have no lasting effects from it. Maybe then, they would learn the pain they caused others. It was a frequent fantasy of mine.

I have often wondered what I would wish for if I had just three wishes. I suspect many of us have had that thought. If I were to make a grand gesture with my wishes, I’d wish for world peace, equality and acceptance for all, and that people would get the chance they deserve in life. That last one could backfire as in the old three wishes jokes. The three wishes joke (or genie joke) is a joke in which a character is given three wishes by a genie and fails to make the best use of them. Typical scenarios include releasing a genie from a lamp or crossing paths with the devil. The first two wishes go as expected in the jokes, with the third wish being misinterpreted or granted in an unexpected fashion that doesn't reflect the wish's intent.

Suppose I were to be purely selfish with my wishes. In that case, I'd wish to be the man I always dreamed of being: more intelligent*, taller, more handsome, physically fit with a great butt, a great head of hair, one skin tone (my vitiligo is another source of embarrassment for me), and like most men, more endowed. The second wish would be to have all the money I’ll ever need in life. I wouldn't need to be a billionaire, just wealthy enough to live very comfortably, not have to work, and be able to travel the world. My final wish would be to find the love of my life and live happily ever after with him.

For my whole life, when I have seen the first star of the night, I have always said silently to myself:

The first star I see tonight;

Have the wish I wish tonight.

Since I was a teenager, I have always secretly said the same wish each time: to find someone who I will fall in love with and vice versa. This particular wish was partially how I dealt with my burgeoning sexuality. Part of my wish was always that if it was a man, then I'd know it was the right thing, and if it was a woman, then that was the right thing. Now I simply just wish for the man of my dreams, someone I will have a wonderful relationship with for the rest of our lives. So far, it hasn't come true, but I will keep wishing on that star.

Of course, I have had various other wishes throughout my life. I've wished that loved ones who have died were alive again. I've wished that I had met friends earlier in life. I've wished that my parents were more accepting of my sexuality. At times, I even wished that I were dead; depression will do that to you. Of course, I've also wished that I had finished my Ph.D., or that I could become a perpetual student and travel the world learning new things. I've even wished for awful things to happen to our current president and his soulless minions. While I'd love to have three wishes, I'm not sure if I would take the selfless route or the selfish route, but I wouldn't want to be greedy and have an endless supply of wishes. Maybe five or six wishes would be enough.

If you had three wishes and only three wishes, what would they be? Would you benefit yourself or help others? Would you advance your career, health, or financial well-being, or would you further your social, emotional, or spiritual needs? Would you blow through your wishes right away, or would you hold a few in reserve? You may be thinking this is a silly or cliché question, but our answers can be quite telling. For example, what do your wishes say about your priorities? Do they focus on possessions or enhance your relationships? What do your wishes say about your current situation versus your ultimate goals? Are your wishes far-fetched or clearly within your grasp?

*By “more intelligent,” I mean that I wish I could read quicker (I’ve always been a slow reader) and retain more of what I read. If you were to get to know me in person, you’d find out that I have a LOT of trivial knowledge in my head that emerges at random intervals. However, I am terrible with dates and names. For a historian, my mind is not chronological. I get mixed up on things very easily.

Dear Joe, About the three wishes - I had such in my youth but they were, as I came to realize, just a means of escaping from problems rather than trying to resolve them. I am further absolutely cool to fantasy, so that the Hobbits, for example, are waste of time for me. But unlike you I read at great speed and have a visual and long term memory - good for historical dates, Roderick

Hi Joe... I thought I would add my 2 cents since you asked. My first wish is that I could take back the 12 years I spent with someone who I thought I loved. He was a rebound guy and we had a couple of good first years but all he wanted from me was an arm candy showoff and a financial pocketbook for him. I would have stayed single and traveled more... I do regret not having those 12 years to do what I wanted to do and not be his shadow. The second wish would be that my twin would have lived. He died of crib death. I often think of how my life would be different had he and I grown up together. Would he be gay also? Would he be sensitive, adventurous, an intellect, a lover of animals like me? My third wish would be to have had a better understanding of the future when I was in my late teens. I would have invested more, maybe brought some rental properties for when I get old. I would have taken better care of my body like I did when I was in college.. things have gone very SOUTH since I had those 6 pk abs and finally I would have taken more time to become a better person.. mastering the piano, learning a few more languages, getting involved in local civics projects like building homes for humanity and volunteering for more social causes than what I did. Don't get me wrong... I have a pretty good life now, have a wonderful live-in partner (although we don't have sex) whom I love and he loves me. I still work and make good money and I have no debt at all and I am pretty healthy. My only complaint.. time is catching up on me and there is so much more I want to do and I'm afraid that I won't get to do those things. Anyway, thanks again for your blog. Like Frasier says..."Im Listening"
Lenny

That's what comes to mind. However, I am sure if I really thought about it a bit longer I would probably modify if not completely erase and rewrite my wishes. Money, Friends, Good Food, The cure to cancer, a better world where peace existed.

1. To be sent back in time to give my 11-year old self some advise on the one hand - much more self-discipline and more boldness, young man, and learn enough Swedish to chat up both that cute farm girl and that husky teenaged boy you're going to meet this summer - and on the other hand, to be a living warning as to how truly unhappy and unfulfilling a life he could have, otherwise. Maybe encourage me to force my dad to exercise with me every day, too. And always use condoms!

2. To be returned to the present day.

3. A Powerball or Mega Millions jackpot in the hundreds of millions. I'm a Marxist, but also from my own life I've learned that the better my material conditions, the better (not great, but better) my emotional ones.

If I were thinking big and thought I could pull it off (doubtful), I'd want to be sent back to Russia in 1917 or 1918, in time to save the life of Yakov Sverdlov, keep Lenin from being shot, and derail the rise of Stalin, which I think could derail the rise of Hitler. There's a fun time travel novel where a scientist wants to change 20th Century history, but he doesn't know German or Russian, or anyone who does, so he instead recruits a young American to go to Los Angeles in the 1930's to kill a B List villain...Ronald Reagan. Yes!

That reminds me of the old story that some elderly Hollywood executive (not Harry Cohn, who was dead, or Jack Warner, who still had all of his marbles) was told that Ronald Reagan was running for Governor of California, and he said "No, no, no. Jimmy Stewart for Governor, Ronald Reagan for best friend."