A Glimmer of Hope? 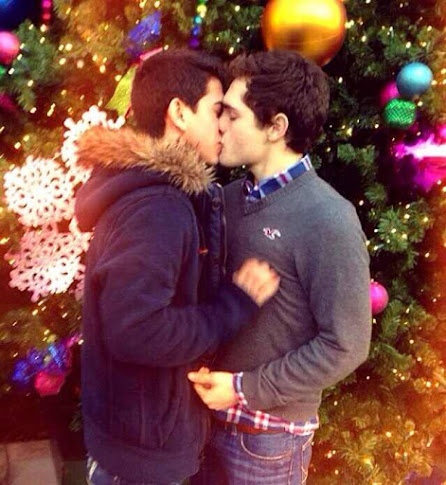 Last night, my mother called. It was the second time she had called yesterday. The first time was to ask about a recipe, and in the second, she called back to tell me about a procedure she had done with her eyes. Mama has macular degeneration, just like her father had. It had begun to deteriorate because of a blockage in a blood vessel, so they had to give her a shot in her eye. The good news is that the doctor said it was very successful, and she probably would only need one more injection.

After telling me about the procedure, she asked me what I would do on Christmas Day. I told her I would likely cook dinner, and that was about all I’d do. Then she asked, “ Do you have anyone to spend the day with?” I told her that no, I didn’t have anyone. I said that maybe I could spend some time with my downstairs neighbor, who she knows is also from Alabama, but I doubt I’d see anyone. Then came the glimmer of hope. She asked, “No, I was wondering if you had met a guy you could spend Christmas with?” Now there could be any number of reasons she asked this. She may just be worried about me being alone on Christmas. She could have only been curious or thought this might be the real reason I was not coming home for Christmas.

In the fifteen years since she found out I was gay, she has never said anything positive about being gay. It has always been a nasty, snarky side comment when she has mentioned my sexuality. The examples are too many to name. She asked this with no malice in her voice, just curiosity (and maybe a bit of hope that I would not be alone on Christmas). For some, this would not be a big deal. For me, it seems like a possible reason to hope that she is finally accepting my sexuality. I could be reading too much into this, but I know my mother very well. I know when she is lying. I know when she’s being manipulative. I know when she is being nosy in a malicious way. This comment did not seem like any of those things.

Only once before had she ever mentioned a possible man in my life, and that was my college roommate. She thought that we might have had something going on. We did not, and I told her so. I did try one night when we were drunk but was rebuffed, then after college, I came out to him, and I’ve never heard from him since. We were roommates for four years, and I haven’t heard from him in nearly twenty years. I haven’t tried to contact him, and he hasn’t tried to contact me again. It wasn’t awkward or anything when I told him, and I am terrible at keeping in touch with people. It’s easier now with Facebook, but Facebook wasn’t around or popular back then. Anyway, I am sidetracked.

I don’t know exactly what my mother meant when she asked me if “I’d met a guy I could spend Christmas with.” Once I said that I had not met anyone, she said she had to go, and we disconnected before I could say anything more. The thing I can’t stress enough is that she did not seem to be negative in any way when she asked about me meeting a guy. Maybe I shouldn’t see so much hope in this little question. Time will tell if she has had any kind of change of heart. I wish that I had a guy to spend Christmas with, cook for, cuddle up with on the couch, and watch a Christmas movie. Maybe someday that will happen. I find it increasingly doubtful, but I can continue to hope.

Maybe if I met someone and decided to spend Christmas with them instead of with my family, she would decide it was okay for me to bring him home to meet them. That’s probably really wishful thinking, but maybe she’s had an epiphany. Isn’t that what happens in all the Christmas movies? Scrooge had an epiphany about his miserly ways. George had an epiphany in It's a Wonderful Life about the many lives he has touched. In every Lifetime or Hallmark Christmas movie, a woman decides that her life in the big city is too hectic, and she's better off with a simpler life in rural Vermont with a guy she met two days ago. It’s a common theme at Christmastime. So why can’t I have a glimmer of hope that my mother has also had an epiphany about her homophobia?

I've been here for five years, and it still hasn't happened to me either. Dammit, Hallmark!

It does seem like a glimmer of hope. I'm glad to hear it.

Hopefully she'll come around (and the next procedure will be a success for her as well).

It's a nice Christmas present, hopefully a first step. Roderick

Maybe Mom is turning the corner. She may be realizing that it is your life and she better get on board. Baby steps!

Maybe Shonda is writing a script as we speak. Stay close to the phone.

Have a Merry Christmas and nothing but the best in the new year.

Here's hoping it's a first step in the right direction! Big hugs to you from Ottawa, xox

Joe, I've been reading your blog for about 2 years and I can relate to your apprehension about
meeting new people especially a gay love interest. It's not easy and especially now with this covid/lockdown isolation stuff, even worse. Having just a friend come over for a light meal, and a movie on Christmas would probably do you a world of good if you could arrange something. Then you could tell your mom that you are NOT alone. This was a big step for your Mom and I'm glad you don't see it as malicious or deceiving on her part. Perhaps she too is concerned about growing older and not having that special bond with her son that she so desperately wants but is too afraid to show. Maybe she is finally coming around. As a quote from a particular Christmas movie... "some say that the Grinch's heart grew 10 sizes that day". Maybe hers will also.
Hope you have an incredible Christmas, however it works out. You are loved by your blog friends Lenny and Jimmy from Denver.

That's great news. On the one hand, I hate not having a boyfriend either. And, it's one more piece of dread in a covid19 world.

On the other hand, I'm "okay" being alone. I need to do more to find him, definitely, but he's out there.

Hallmark movies... blech! ((pretends to stick finger down his own throat))

Maybe I've read too much Virginia Woolf, but those well meaning people who think that everyone should be paired up can be exhausting.

I hear it as hopeful too, that maybe your mother has taken at least a small step forward. Not exactly "problem solved", but in her comment she acknowledged the reality of your life and didn't tack on a negative. May her growth continue.