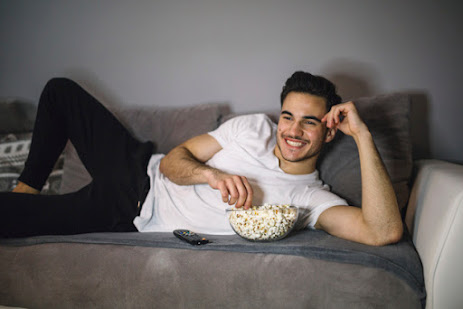 On Thursday, Miss Coco Peru will be hosting her Christmas special, “Very Merry Casa Coco.” I’m not sure I will tune into it, even though I love Coco Peru, and she’s been around for nearly 30 years. I was telling a straight female friend of mine who loves drag queens about the Christmas special, and I was also telling her that I first saw Peru her role in the 1999 independent film Trick, a movie I particularly enjoy. It is one of my top five gay independent films of all time. Trickstarred Christian Campbell, John Paul Pitoc, Steve Hayes, and Tori Spelling. Tori Spelling is probably the most familiar name, but even her bad acting couldn’t ruin this movie for me.

Back when I was coming to terms with my sexuality, I would go to the Blockbuster in Montgomery and rent any gay film I could get my hands on. Most of them were foreign films, such as Beautiful Thing (1996—British), Come Undone, aka Presque Rien, (2000—French-Belgian), and Wild Reeds, aka Les Roseaux Sauvages, (French —1995). I enjoyed all of these movies, but I wanted to see more. In 2000, I moved to Mississippi, and while I continued to rent from Blockbuster’s lackluster selection of gay movies, I discovered Netflix. With them sending a DVD each time you sent one back (and they had a much more extensive selection), I watched many more gay movies. I was finally able to get my hands on some American films, mostly independent films.

Independent gay movies have always been hit or miss. If they’d been a genuinely great movie, they might have been picked up by a major studio and had the money for production and casting, but as independent movies, filmmakers made do with what they had. Some were bad; some made it to the list of my favorite movies. One of those movies was, of course, Trick. The acting is not always great in these movies, but sometimes the stories made them worth the mediocre acting. Occasionally, the acting was pretty good. But if you watched many independent gay films in the late ‘90s and early 2000s, you watched a lot of terrible movies. But like I said, there were some gems.

I remember seeing Billy’s Hollywood Screen Kiss and wondering how Sean Hayes continued to refuse to say publicly that he was gay when it was so incredibly obvious. Also, I fell in love with Brad Rowe. Besides Trick, the movie that I have watched numerous times because I love it is the 1997 movie Defying Gravity. This movie's love story was so sweet, even if the film did not include the best acting. However, there was a hospital scene when Griff says, “Oh, man,” to Pete that I just can’t describe the feeling of what it’s like for me hearing this line. It’s not a great line; it’s almost corny, but it gets me every time. My heart breaks, and it soars at the same time. I can still hear that line in my head as I am writing this. I also enjoyed the 2000 film The Broken Hearts Club. Since he played Superman, I have had a thing for Dean Cain, too bad his politics are so fucked up.

In 2003, Latter Days was released, and it became one of my all-time favorite gay movies. As some of my friends can attest to, I have made them watch this movie with me. I love the two main characters, and while there are parts of the story that could have been done better, the airport scene is magical. Speaking of magical, I also loved the gay take on Shakespeare’s A Midsummer Night’s Dream. In 2008, Were the World Mine was released, and I just loved it. There have been other movies, and I am sure I am forgetting some of the foreign gay films that I loved and some independent films, but these are just some of them.

I also have a few honorable mentions that were more mainstream films. I think the first gay film I ever saw was either The Birdcage (1996) or In & Out (1997). More recently, I enjoyed the movie Love, Simon. I have refused to watch Call Me by Your Name because I know how it ends. Then there were a few movies that were less apparent as gay films, such as Fried Green Tomatoes and Midnight in the Garden of Good and Evil. Fried Green Tomatoes ranks up there with Casablanca and Auntie Mame as movies in my top three favorites. I can’t tell you how many times I have watched those three movies.

By the way, I did not include Brokeback Mountain in this list of favorite movies. Although, in my opinion, it is responsible for allowing more gay mainstream movies to be made, it is just not one of my favorites. To be honest, I don’t like movies without a happy ending. The same is true of the books I read. I have enough in my life to make me sad; I don’t need someone else making me sadder with a movie or a novel. I read and watch movies to escape not to fall deeper into depression.

So, these are a few of my favorite gay movies. What are your favorites? What have I missed? Is there a movie you think I should watch (I may have seen it, but tell me anyway)?

“Sordid Lives.” It’s as if Del Shores shook my family tree and my relatives fell out.

Anonymous, I can't believe I forgot Sordid Lives. I felt the same way you did. I knew so many of the characters in real life.

I love Trick as well and in a normal year I will usually see her show in Provincetown or chat with her while she is there working. Some other favorite gay-themed movies I love are:

Oh and BTW, knowing the ending to Call Me By Your Name doesn't ruin the movie. The ending is slightly different than what you might expect and is beautifully shot.

I have many of those on DVD that you mentionned.

My first gay movie I saw in the Montreal «Imagination» gay movie festival in 2004 was «Latter Days» and fore sure I bought the DVD after.
I must admit that each time I see the movie, I cannot help sherding some tears at the end.

Must also say that I'm very emotional for that kind of movies.

My gay movies collection on DVD and Blu Ray is around 60 of the best ones.

I also loved for an historical side «Chris and His Kind».

Joe, "God's Own Country," got rave reviews, mainly due to its fairly grim and gritty nature, although apparently it has the type of ending that you favor. Have you viewed it? Roderick

I loved Latter Days, too, but my favorite has always Les Chansons d'Amour.

My favourite is Shelter (2007) starring Trevor Wright and Brad Rowe. However, I credit Brokeback Mountain as the very best, not because of the sad ending (which I hate too) but because the movie kicked me out of the closet. After seeing the movie, I went into severe depression for months, only resolved by coming out to my wife (of 29 years) and three adult children. The movie was literally life changing - and has now led me to be happily married to the man of my dreams. So, thanks Heath and Jake - I owe you everything - mostly my life.
(Previous comment deleted and re-written to correct the date).

Thanks, everybody for the great movie suggestions. Some of these I've seen, and I think by far, the number one suggestion is Shelter (it was also suggested in the comments on my WordPress backup site), which I have seen, but obviously need to see again.

Roderick, I have been wanting to see "God's Own Country," but I haven't had a chance yet. I will check it out.

Clay, I have seen Bedrooms and Hallways and Before Night Falls, and I enjoyed both. Surprisingly I have not seen My Beautiful Laundrette. I've also wanted to see it, but I haven't had the chance yet. I have also not seen Second Skin orPrick Up Your Ears, but I will add them to my list.

I should have mentioned Weekend.

I, too, find that my favorite gay flicks tend to end on a high note and a smile.
My all-time favorite is and always will be:
1-Parting Glances
Then, in descending order:
2-Girls Will Be Girls
3-I Think I Do
4-All Over the Guy
5-Sordid Lives/A Very Sordid Wedding (After the first, I always want more Del Shores!)
The previously cited...
6-Trick and...
7-The Broken Hearts Club would drop into the list about here.
8-Big Eden
9-Jeffrey
10-Broadway Damage
And one last suggestion for this holiday season:
24 Nights