The Art of Doing Nothing 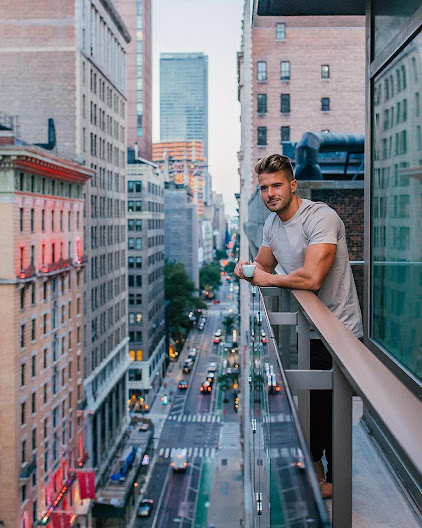 Life has become increasingly stressful. In normal times, we run from one appointment to the next, and during the current pandemic, we might not be running from appointment to appointment, but there are a new set of anxieties for us to handle. It's only natural that at some point, we ask ourselves: "How can I reduce my stress levels?" But the answer is not always easy. When George Shultz — who died recently at age 100 — was secretary of state under Ronald Reagan in the 1980s, he developed a weekly ritual. He closed the door to his office and sat down with a pen and a pad of paper. For the next hour, Shultz tried to clear his mind and think about big ideas rather than the minutiae of government work. Only two people could interrupt him. His secretary was under orders to only allow interruptions from his wife or President Reagan.

Clearing our minds is good advice, especially these days of instant and constant interruptions from cellphones, computers, and social media. Four decades ago, when Shultz was secretary of state, technology was not as advanced, and it was easier to become unplugged because no one was “plugged in” to the technology that surrounds us today. These days, we are constantly interrupted by minutiae via alerts and text messages. They can make it impossible to carve out time to think through difficult problems in new ways or come up with creative ideas.

Letting our minds wander is said to make us more creative, better at problem-solving, and better at coming up with innovative ideas. The Dutch have a word for this concept: niksen, or the art of doing nothing. First, there was hygge, the Danish concept of creating a quality of coziness and comfortable happiness that engenders a feeling of contentment or well-being. Then there was lagom, a Swedish and Norwegian word meaning "just the right amount." The Swedish mindset of approaching life with an "everything in moderation" mindset. The connotations in Norwegian, however, are somewhat different from Swedish. In Norwegian, the word has synonyms as "fitting, suitable, comfortable, nice, decent, well-built/proportioned." Buddhist have an expression referred to as the “middle way.” The middle way refers to the understanding of practical life, avoiding the extremes of self-denial and self-indulgence, as well as the view of reality that avoids the extreme positions.

Now there's another Northern European trend that many people are embracing as a way to combat our increasingly busy and often stressful lives: niksen. The Dutch concept is as simple as doing nothing. For many, doing nothing isn’t as simple as it sounds. In fact, it can be somewhat challenging to sit still and stare out a window, for instance. It can even feel unsettling at first when we are used to doing something at all times. However, if we push through the discomfort, we can take a few minutes each day to practice niksen and work up to longer stretches. Ideally, we would reserve one evening a week without appointments and obligations. However, there can be drawbacks if we devote too much time to doing nothing. Scientific literature suggests that a disadvantage of letting our minds wander for too long could be getting "caught up in ruminations" rather than feeling refreshed.

Some argue that boredom can open the mind to creativity, problem-solving, and more ambitious life goals. Niksen has the advantage of inspiring us. Inspiration almost always happens when we're doing nothing special — when we're showering or doing the dishes, for example. It is essential to do something "semi-automatically." That means concentrating on something simple without much effort. Even a game on a smartphone can be niksen. These types of activities allow the brain to process information, which in turn leads to fresh and new ideas.

As the psychologist, Amos Tversky said, “You waste years by not being able to waste hours.” So, my advice is to take a few minutes each day when you can do nothing and let your mind wander and wonder. Don't try to be creative but let your thoughts meander and see where they take you. You might be surprised at your increased productivity spurred on by doing nothing.

The picture above is from the blog Fit Studs by the blogger Hot Guys. While I think it is an appropriate picture for this post, it caught my eye because I have stood on one of the balconies of this same hotel. When I visit my friend Susan in Manhattan, I always stay at the Royalton Park Avenue Hotel at 29th Street and Park Avenue where this picture was taken. Below is a picture of me holding my complimentary glass of champagne while on one of the Royalton’s balconies. 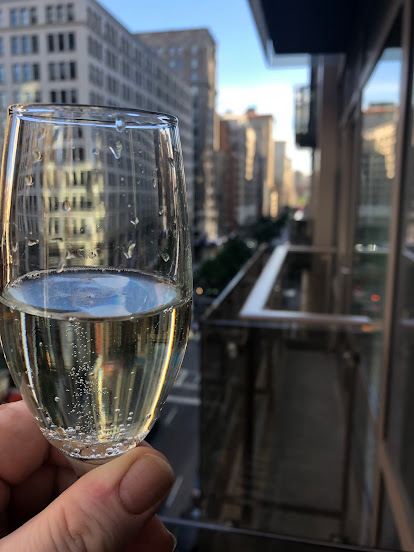 Email ThisBlogThis!Share to TwitterShare to FacebookShare to Pinterest
Labels: Inspiration

The world is too much with us; late and soon,
Getting and spending, we lay waste our powers;—
Little we see in Nature that is ours;
We have given our hearts away, a sordid boon!
This Sea that bares her bosom to the moon;
The winds that will be howling at all hours,
And are up-gathered now like sleeping flowers;
For this, for everything, we are out of tune;
It moves us not. Great God! I’d rather be
A Pagan suckled in a creed outworn;
So might I, standing on this pleasant lea,
Have glimpses that would make me less forlorn;
Have sight of Proteus rising from the sea;
Or hear old Triton blow his wreathèd horn.
Roderick

Yes...It is important just to be still...I have Instagram and Twitter accounts...I seldom post on my accounts...I have them mainly to respond to things-Twitter-and to treat Instagram as a photo album...I have all alerts turned off...I remember when I first got an iPhone and set it up...That thing was jumping...I turned everything off...I only have my receiving texts turned on...To be frank, I rarely have people call me...My followers are less than five on all accounts...I treat modern technologies as avenues to make life easier...I don't want all that interruption unless I seek it...I use my phone as my alarm to wake up in a way that silences any incoming texts...Daddy needs his sleep...I look twice at people who walk around with their phones in their hands...Or at the gym with their phone...You set the parameters...Yes, I have mine but it is tucked away...

One small point.... if you are constantly interrupted buy alerts and text messages on your phone... there is no need, unless you need the attention... go to your settings, and turn the bells and whistles off. You can easily make the space you want. Peace out, David