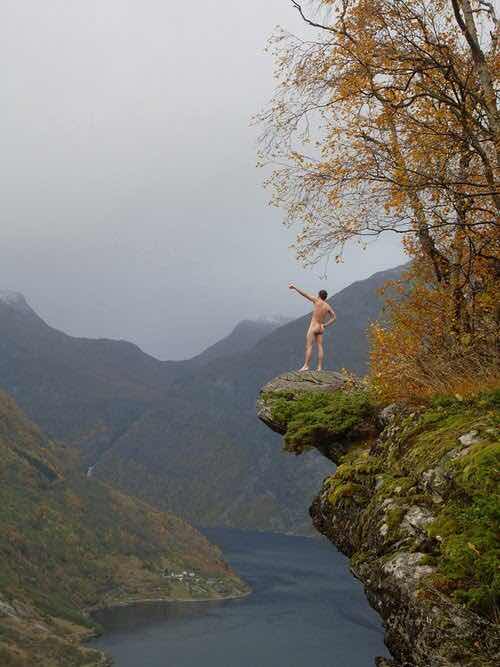 You do not have to be good.

You do not have to walk on your knees

for a hundred miles through the desert repenting.

You only have to let the soft animal of your body

love what it loves.

Tell me about despair, yours, and I will tell you mine.

Meanwhile the world goes on.

Meanwhile the sun and the clear pebbles of the rain

are moving across the landscapes,

over the prairies and the deep trees,

the mountains and the rivers.

Meanwhile the wild geese, high in the clean blue air,

Whoever you are, no matter how lonely,

the world offers itself to your imagination,

calls to you like the wild geese, harsh and exciting -

over and over announcing your place

in the family of things.

The American poet Mary Oliver published "Wild Geese" in her seventh collection, Dream Work, which came out in 1986. The poem's speaker urges readers to open themselves up to the beauty of nature. While people focus on their own struggles, the speaker points out, the natural world moves along effortlessly, free as a flock of geese passing overhead. The poem celebrates nature's grandeur—and its ability to remind people that, after all, they're part of something vast and meaningful.

The poem tells readers that they don't have to be perfect, nor do they have to beat themselves up by wandering the desert as if paying for their sins. Instead, people only have to treat their bodies like the vulnerable animals that they are, simply letting them love whatever they want to love. Oliver offers to commiserate with readers about their suffering and unhappiness, but adds that while they talk about this, the world will continue like normal—sunshine and rain will move over the earth's wide-open plains, tall trees, mountains, and rivers. No matter who you are or how lonely you are you can always lose yourself in the wonders of nature, since these wonders call out like the urgent squawks of wild geese—a sound that, again and again, puts people back in touch with their surroundings and makes them feel at home in the world.

The poem acknowledges that human beings are soft, vulnerable creatures prone to suffering and despair. At the same time, it frames the vast, awe-inspiring beauty of nature as a soothing and comforting force—something that reminds people that they’re part of something bigger and more meaningful than their everyday problems. “Wild Geese” seeks to put the pressures and difficulties of everyday life into perspective. The speaker acknowledges the burden people feel to be “good” and also notes that everyone inevitably experiences “despair” or loneliness from time to time. Beating yourself up for perceived mistakes or failings, the speaker implies, is a fruitless endeavor that drains people's happiness.

Mary Oliver (September 10, 1935 – January 17, 2019) was an American poet who won the National Book Award and the Pulitzer Prize. Her work is inspired by nature, rather than the human world, stemming from her lifelong passion for solitary walks in the wild. It is characterized by a sincere wonderment at the impact of natural imagery, conveyed in unadorned language.

On a visit to Austerlitz in the late 1950s, Oliver met photographer Molly Malone Cook, who became her partner for over forty years. In Our World, a book of Cook's photos and journal excerpts Oliver compiled after Cook's death, Oliver writes, "I took one look [at Cook] and fell, hook and tumble." Cook was Oliver's literary agent. They made their home largely in Provincetown, Massachusetts, where they lived until Cook's death in 2005, and where Oliver continued to live until relocating to Florida. Of Provincetown she recalled, "I too fell in love with the town, that marvelous convergence of land and water; Mediterranean light; fishermen who made their living by hard and difficult work from frighteningly small boats; and, both residents and sometime visitors, the many artists and writers. [...] M. and I decided to stay."