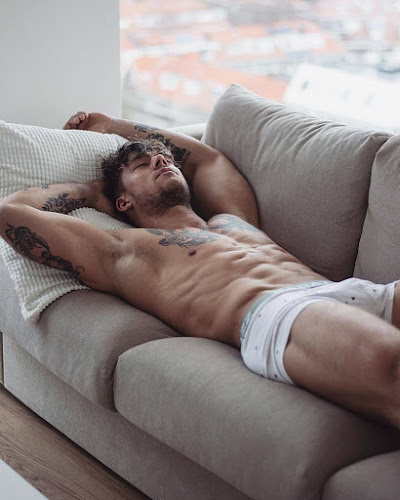 I had hoped to update everyone on my MRI results, but as I write this, I still do not have any definitive answers. The "After Visit Summary" for the MRI results gave a diagnosis of trigeminal neuralgia (TN), but I have not heard from my neurologist yet. I will send a message this morning asking when I will hear something. My neurologist and my doctor had not believed it was TN, which is a rare neurological condition. I suspect that my neurologist will also look at the MRI scans before she makes a definitive diagnosis. I am not going to say that it is TN at this time, but it seems like it might be more of a possibility than my doctors initially thought.

One thing I do know for sure is that I hope I never have to have another MRI. They told me that the table was uncomfortable, but this was more than just a little discomfort. The table was hard and flat, which caused lower back pain throughout the procedure. Furthermore, the tube I was in was very tight, and the way they had my head strapped in caused severe pain in my neck and shoulders. It was also hot inside the machine. They turned on a fan, but it did not do much, and I was sweating profusely. It finally got to the point that I had to ask to be taken out. The tech told me that if she let me move, they would have to stop the procedure and reschedule when they could give me some Advil for the pain. Knowing that Advil does little to relieve pain for me, I just said to continue. Thankfully, she turned the fan on high, and once I cooled down, the pain at least became bearable.

When I was brought out to put in the contrast, I found out a new tech was there. She was much nicer and talked me through the procedure, and helped calm me down. Each time before the MRI started back up, she told me how long it would last, which the previous tech had not done. Knowing how much longer I would be in the machine helped. It just gave me a sense that it would eventually end sooner rather than later. I was so stiff when it was over from being in such an uncomfortable and painful position that the tech had to help lift me off the table so I could sit up. For me, this MRI was a nightmare and a bit torturous. It was not because I was claustrophobic; that did not bother me as much as the heat and painful position. I was so glad to get out of there and head back home.

If I hear more today, which I hope I will, I will give an update of the diagnosis as soon as I can. I appreciate all of the prayer and loving energy you have been sending my way. Thank you. It means so much to me.

Because I was so stiff and sore from being in the MRI machine, I spent most of yesterday like the guy in the above picture. I mostly just laid on the couch and watched TV. I’m glad I had already planned to take yesterday off before I had the MRI. I took the day off because I knew it would be late when I got in Tuesday night.

I received a message from my neurologist this morning, and my brain MRI results are “reassuring and normal.” She is prescribing indomethacin as it can be very effective for the type of head pain I am having. She wants to try me on this medicine to see if we can get the pain under control. I pray that this works. The good news is that it does not actually appear to be TN as the initial diagnosis from the radiologist reported, and since the results were “reassuring and normal,” there are no signs of a tumor or multiple sclerosis. My neurologist believes it is more likely hemicrania continue (HC), which responds well to indomethacin.

Have you given any consideration to getting a second opinion at another hospital? I'm not sure where specialists are who focus on this but Boston has some worldclass medical facilities and might be able to either validate the treatment being suggested or upon review may come to a different conclusion and be able to prescribe a better treatment regimen.

BosGuy, that might be an option that I will consider if this new treatment doesn't work. My doctor is a neurology professor at Dartmouth and is the head of the Headache Clinic at Dartmouth-Hitchock Hospital. She is supposed to be one of the best in the field, so I am confident in her expertise. I have another appointment on March 8, and I plan to discuss her diagnosis further when I am there in person to talk to her.

Reassuring diagnosis on the one hand, but depressing on the other, since it did not identify the cause of the pain. Your ongoing ordeal makes me realize how lucky I am, in terms of health, but that remark is both self-centered and no help to you! Sorry about that! Roderick

I checked out HC on WebMD, and it seems that the medicine the doctor suggests will be very effective in treating it. I certainly hope so. You've suffered enough and way more than enough.

I would also seek out an experienced acupuncturist who may be able to help with your condition. Acupuncture can be very helpful in conditions of neurological pain.