What Is Wrong with These People? 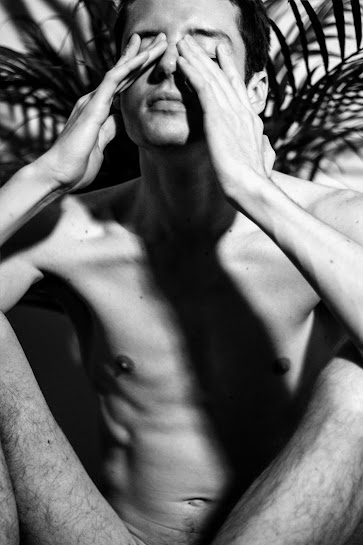 Are Republicans stupid, or have they used deception and lies for so long, they can no longer see reality? Senator Kevin Cramer was on MSNBC yesterday morning discussing the impeachment trial. He made numerous blatantly false claims, and when the anchors tried to correct him, he stuck to his guns, claiming they were incorrect. One of his lies (or just stupidity) was that Nancy Pelosi withheld the articles of impeachment until after the former president left office. As Stephanie Ruel pointed out, Pelosi was ready to send over the articles of impeachment on January 14 but was told by the Senate Parliamentarian that since the Senate had been dismissed, she could not send over the articles until the Senate reconvened. McConnell purposely delayed the trial of the former president so that he could make the argument that a former president cannot be tried after he left office. Cramer claimed that it would have taken unanimous consent to reconvene the Senate when anyone who was paying attention knows that the Senate could have bypassed this with the consent of the Senate Majority Leader (McConnell, at the time) and Senate Minority Leader (Schumer, at the time). Though Schumer agreed to reconvene the Senate, McConnell refused. Contrary to Cramer's claim and that of the former president's defense team, Pelosi was not responsible for the trial taking place after the former president left office. McConnell is entirely and wholly responsible for this and purposely held up the impeachment trial.

Numerous Republican Senators derided the defense presented by the former president’s lawyers. Ted Cruz said, “I don’t think the lawyers did the most effective job.” Cruz added that the lead House impeachment manager, Rep. Jamie B. Raskin, was “impressive.” Sen. John Cornyn, who is among Trump’s defenders on Capitol Hill, said that he has seen “a lot of lawyers and a lot of arguments” and that Castor’s “was not one of the finest I’ve seen.” Sen. Lindsay Graham said, “Well, I think I — I thought I — I really didn’t know — I thought I knew where he was going. And I really didn’t know where he was going.” Graham added that “nobody’s mind was changed one way or the other.” However, the House Managers changed one Republican Senator's mind. Sen. Bill Cassidy was the only Republican Senator to switch his vote to support moving forward with the impeachment trial. Cassidy said after the first day of arguments, “The issue at hand, is it constitutional to impeach a president who’s left office? And the House managers made a compelling, cogent case, and the president’s team did not.” He said that the former president’s defense lawyers gave meandering opening statements that were incoherent and ineffective.

In yesterday’s presentation by the House Managers, a case was methodically made using the former president's own words and tweets. I had several things I had to do yesterday afternoon, so I did not get to watch the House Managers' complete presentation, but what I saw was so overwhelmingly convincing that I cannot understand how anyone can vote for acquittal. However, the sad thing is that most of the Republican Senators, if not all, recognize that what happened on January 6 was horrible, indefensible, and the fault of months of rhetoric by the former president culminating in his call for his supporters to march to the Capitol and present a show of strength. Yet, I do not expect the former president to be convicted. On Twitter, Senator Lindsey Graham called the yesterday’s presentation “offensive and absurd.” The only thing offensive about the presentation was the former president's actions. There was nothing absurd about the evidence presented. It was terrifying. As Dave R commented yesterday, “They won't convict because that makes them complicit. They would rather let the American voters fire their asses than grow a spine.” Just like the first impeachment trial, the vast majority of Republicans are not only making a mockery of the judicial/legislative process of impeachment, but they are making a mockery of the United States. Their inaction makes them just as culpable as the former president.

I am following this «mascarade trial» on CNN and from a Canadian point of view, it's so unbelievable that a «normal sensible» person couldn't see all of what the «commander in chief» did to reverse the outcome of a fair election.

Even before the election day and after he widely spread the lie that if he loses the election it was because it was rigged. He did a kind of build up using Twitter, Qanon, Parler and «Stop the Steal» movement to brainwash his deplorable base.

After trying to overcome the election result in many courts and even the Supreme Court, his last ultimate attempt was on January 6 rally that ended of the riot.

Yes, what does it take to see the true effects of this mob leader words and actions.

Just imagine IF Obama would do less than that and was insiting BLM to go and riot the Capitol, the Trumplicans would immediatly rage a ton of charges against him and BLM leaders.
Two ways of doing justice in USA is so outrageous.

The only hope here is that as least, they can stop this lunatic, hypocryte, mysogenitic, narcissic and racist «man» not to be able to ever come back in a puclic office and remain prisoner of his own lunacy and Mar A Largo mob general quarter.

Joe, Trump is for the Republican Party was "The Old Man of the Sea" was for Sinbad the Sailor in his fifth tale. Unless it can shake him off, he will ride it until it dies. But easier said than done.
Also, how are you feeling today? As said, I worry about you. As ever, Roderick

Roderick, you are right about the Republicans. I was just writing tomorrow's post about the problems of the GOP. As far as how I am feeling today, the pain is coming and going. At times, it is tolerable, and at other times, it's excruciating. I hope it is getting better, but honestly I don't know. The mornings and evenings seem to be the worst. I can usually make it through the day ok once the pain calms down in the morning, but by late afternoon, I just can't take it anymore and have to just rest.