It Has Gotten Better 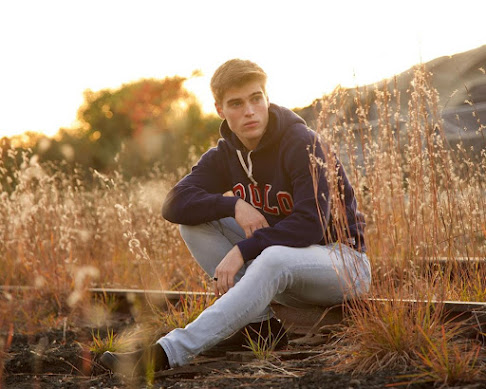 I saw this video and had tears in my eyes when it was over. This is very much my story. I, too, grew up in the Bible Belt. I’m not sure what part of Alabama he grew up in, but I grew up in a rural area in the southern part of Alabama. Everyone but me seemed to know I was gay. I got called faggot, queer, sissy, gay, etc., all before I knew what any of it meant. People mocked me for my voice and mannerisms. I couldn’t do much about my voice, but I did change my mannerisms to be less “effeminate” in the bullies’ eyes. Those bullies made it all sound like it was the worst thing in the world to be gay, and I “knew” I didn’t want to be gay. It was unthinkable, and no matter what I did, the bullying did not stop until I went away to college. It took me years to accept myself. Just like him, this was in the 1990s. I also was in high school from 1992-1996. While he found theater and it saved his life, I found the internet and began researching, which saved my life. I finally had access to some of the answers I so desperately needed. This blog has also helped me to “find” myself.

The story of my sophomore year was a bit different from his. My best friend was a girl. (She’s now a Trump loving Republican, and we no longer speak.) But back then she was my cover in a way. I guess she was my “beard,” but it really didn’t seem to change anyone’s perceptions of me. I was still the intelligent, effeminate teenager whose most of his friends were girls, but never his girlfriend. Instead of hiding my friendship, I tried to hide my true self using that friendship. However, during that sophomore year when I was 16, the bullying got so bad, I took a handful of pills. I’d been on Ativan for my migraines. The doctor had taken me off of them, but I still had part of a bottle. I took all I had left hoping this would end my misery. Thankfully, it wasn’t enough for an overdose, and I just became violently ill.

I hated high school, just like I’d hated middle school. I hated all my years at that small private school in Alabama. I remember in kindergarten, my teacher forced me to take a toy truck to the playground and play with the other boys. I preferred to play with the girls. All of this came together to change who I was. I was a well-behaved kid at school, I was not a nice kid to my parents at home. I backtalked a lot and was constantly in trouble for it. I hated my dad’s rule of “Do as I say, not as I do.” At one point, my parents wanted to send me away to a boarding school. I wanted to find one for the academics and opportunities it might provide, and they wanted me out of their hair. They didn’t want to send me to a school for kids with severe behavioral problems, and I didn’t want to go to a military school. We did a bit of research into boarding schools. I wanted to be sent to an all-boys school, which in hindsight would probably had been just as bad as what I was going through. Eventually, they figured out that I wanted to be sent away, and they dropped the idea.

I have struggled much of my life with my sexuality. I’d say it could be one of the reasons for my migraines, but I’ve had migraines my whole life, even before I started school. I have had some miserable periods in my life. College and graduate school were different, but I always struggled with having enough money during those years. I was the typical poor college student, which added to my anxiety. Then, as a high school teacher, I seemed to hit rock bottom. I am a good teacher, but I was teaching spoiled rich kids who made my behavioral issues in high school seem minor. I was a good kid except when alone with my parents. My students were hateful, disobedient, and lazy, and I felt like I was more of a babysitter than a teacher. My bad temper came out a lot more than I’d have wanted. I wish I could have been calmer when dealing with them, but they often brought me to the brink. Teaching at a private school was by far the most difficult and worst job I’ve ever had. I was not cut out for teaching secondary school. I always did much better teaching college.

Only in the last few years have I begun to fully accept myself. It took moving 1,400 miles away to a mostly solid blue state to be happy, and to get a fairly decent paying job. Mostly these days, I am happy. I do struggle with some health issues (chronic migraines, diabetes, my weight, my brittle teeth), but even those seem to be getting under control. The Botox treatments seem to be working; my diabetes seems to be under control; and I’ve been losing weight, though I still have more weight I need to lose. My teeth are still a work in progress (I have to go to the dentist for a broken tooth this morning), but hopefully, things will get better in the dental department as well.

The most important thing is that I have accept who I am, and I am proud of my sexuality. Yes, I still have to be in the closet when I go home in an effort to appease my family, but one day, I hope and pray this too shall pass. I live my life as an out gay man here in Vermont, and I am unapologetically gay. Vermont has laws protecting gay people from discrimination, and the university I work for has anti-discrimination policies. I don’t have to put up with homophobia here. It’s not perfect, and I’m still getting comfortable in my own skin, but it has gotten better. Isn’t that what we all hope for when dealing with our sexuality?

The It Gets Better Project is a nonprofit organization with a mission to uplift, empower, and connect lesbian, gay, bisexual, transgender, and queer youth around the globe.

Email ThisBlogThis!Share to TwitterShare to FacebookShare to Pinterest
Labels: Coming Out, Pride

It does get better. Realizing ones self, and being true to ones self, helps to bring an understanding of what is real and what is bull. Life is a continuing evolving of life experiences and new realizations.

Carry on..... Your doing well with your life's journey.

Oscar Wilde is often (and probably incorrectly) credited with saying, “Be yourself. Everyone else is already taken.” Although, I like a longer version that was published in a newspaper in 2002 that gave advice on New Years resolutions: “ Do not dress to look like or try to be someone else. Be yourself (everyone else is taken anyway). Be comfortable and breathe. Choose what suits you.” Oscar Wilde did actually write, “ Man is least himself when he talks in his own person. Give him a mask, and he will tell you the truth.” We have to learn that we don’t have to wear a mask to tell our truth, we just have to be ourselves. Sometimes it’s a long journey to discovery who we actually are, and as you said Kent, “ Life is a continuing evolving of life experiences and new realizations.” Discovering ourselves is a lifelong process.

Thank you for sharing your story, Joe. I suppose I always "passed" and largely escaped the experience of many gay men growing up in the South and in Alabama particularly. This was a good reminder, especially as a teacher, to be an advocate for those who are being pushed to the margins by the cultures that we create.

Cody, we don’t always know what others are going through, and just a little empathy can go a long way, especially with teenage students. As Gandhi said, “You must be the change you wish to see in the world.”