Let Not Your Hearts Be Troubled 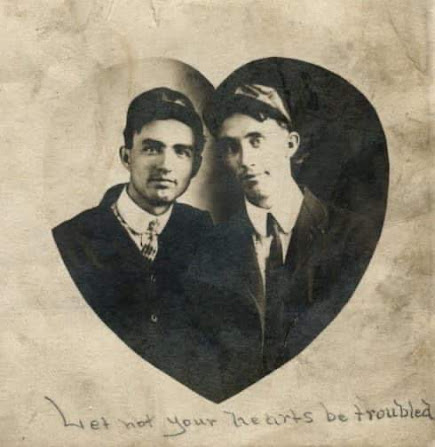 Let not your hearts be troubled. Trust in God; trust also in me.

Few words in the Bible are better known or more often quoted than these, but for all their timelessness, they were addressed to a very specific situation, the death of Jesus on the cross, and with that, the resurrection of Jesus is implied.

The “Last Supper” is described in John 13:1–17:26. John 14:1 is part of the sermon Jesus gave to his disciple at his last meal with them. Jesus had filled his disciples with foreboding though his demeanor and language during this sermon. He was going to leave them, and that itself was devastating to the disciples. But the disciples would also have to cope with the manner of his departure. They would see him betrayed by one of their own, arrested, and condemned to a death that would not only take him away from them, but would discredit his name and message burying all their hopes with him.

John 14:1 is Jesus’s way of helping his disciples cope with what is to come. It is the trouble in their minds that troubles him, and he addresses it not only with soothing words, but with powerful arguments — arguments they must remember when they see him hanging on the cross, and which we, too, must remember when God leads us where we cannot cope and cannot understand.

The disciples are told they have to trust God even when they cannot see His reasons; and we can be sure that the arguments Jesus presented to the disciples were the very arguments he presented to himself. He, too, “the man, Christ Jesus,” had to trust God, laying down his life (to all human appearance an unfinished life), risking all on the “sure and certain hope of the resurrection.” I think that at times we all present arguments to others to convince ourselves of what we are saying.

Jesus told the grieving Martha in John 11:25–26, “I am the resurrection and the life. Whoever believes in me, though he die, yet shall he live, and everyone who lives and believes in me shall never die. Do you believe this?” Surely, if that were true of those who believed in him, it must first of all be true of himself? Death could not hold the life of the world as He says in John 14:19, “Yet a little while and the world will see me no more, but you will see me. Because I live, you also will live.”

With the message Jesus gives his disciples, we can also take this to heart. The photograph above is from BosGuy’s Thursday “Vintage Gay” post. It is doubtful we will ever know why one of the men wrote on the heart-shaped photograph, “Let not your hearts be troubled,” but I think we can all probably guess. My suspicion is that they were being separated, similar to how Jesus was going to be separated from his disciples after the Last Supper. What is left unspoken is the rest of that verse: trust also in me. Whoever wrote the note seems to be saying, “We will get through this. We may be separated but trust me that we will survive this separation.” We don’t know what the two men were going through, but we can know that Jesus has told us, “Let not your hearts be troubled. Trust in God; trust also in me.”

I had no idea that the quote was from The Bible. Raised Catholic, The Bible is not quoted or referenced as often as it is with Protestants and I have a far better understanding of the various saints than I do of The Bible. I do hope these men (if they were indeed a couple) found happiness with each other.

I'm curious, Joe. Do you still attend church? (Or would you, pandemic notwithstanding)

Coop, I don’t. I tried going to a Church of Christ up here, but it was very different and I did not feel comfortable there. I wish I could find a church that I felt comfortable attending, but there are very few Churches of Christ up here. (There are many United Churches of Christ, but they are quite different from the Church of Christ I grew in.) I’ve come to realize over the years that I don’t need a church to be Christian. God is with us everywhere at all times, and I just don’t feel like God is with us more in a building designated as a church. I just don’t feel like I fit into a church these days.