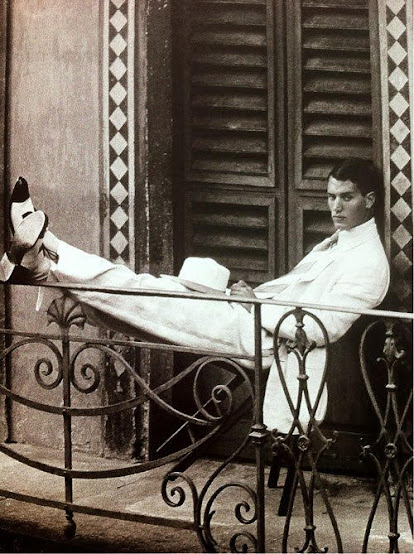 Back in November 2001 while I was in my second year of graduate school, I attended my first academic conference (the Annual Meeting of the Southern Historical Association) in New Orleans, Louisiana. We stayed at the historic Fairmont Hotel (now The Roosevelt New Orleans). The hotel was beautiful and luxurious. I have been in love with the city of New Orleans since I first visited it in the late 1990s. The first time I went was at Halloween, which was an eye-opening experience. The next time I went was to tour Loyola University New Orleans College of Law because I was considering attending law school there. Ultimately, I decided to get my master’s in history instead of a law degree. The third time I went was for the Annual Meeting of the Southern Historical Association in 2001. It was also the first time I went to a gay bar.

I came out for the first time to a close friend of mine and her boyfriend at a party during graduate school in Spring 2001. This friend and I were staying together at the Fairmont for the conference, and she wanted to take me to a gay bar, since I’d never been to one before. I remember walking into Oz at the corner of Rue St. Anne and Bourbon Street. You can read more about this in a post I wrote in August 2020 titled “Coming Out and My First Gay Bar.” New Orleans was a great place to experience a gay bar for the first time because the city has a rich gay history. New Orleans seems to have always been a mecca for the LGBTQ+ in the South.

The city has always championed the arts and celebrated culture, which has fostered a lively gay social scene and drew many LGBTQ+ artists and performers to the French Quarter (aka Vieux Carré), home to Café Lafitte in Exile, one of America’s oldest gay bars. The longest running gay event, the Fat Monday Luncheon, kicked off in 1949, and the oldest gay social organization, the Steamboat Club, was launched in 1953. During Labor Day Weekend, Southern Decadence draws more than 180,000 LGBTQ+ partiers to New Orleans.

Notable gay locals and residents included Tennessee Williams, who came here in 1938 and wrote “A Streetcar Named Desire” from his home at 1014 Dumaine Street. Pioneering photographer Frances Benjamin Johnston retired to New Orleans in 1940, living in her Bourbon Street townhouse until her death in 1952. Ellen DeGeneres, a native of nearby Metairie, emceed the New Orleans Mr. and Ms. Gay Pride Contest in 1981, long before she came out publicly in 1997. It has also been home to a number of LGBTQ+ writers particularly Poppy Z. Brite (author of the Liquor novel series) and one of my favorite authors, Greg Herren (author of the Scotty Bradley and Chanse MacLeod mysteries).

My dream home would have a wrought iron balcony that I could sit on like the picture at the top of the post. It would have one of those iconic courtyards that so many homes in the French Quarter. However, after living in New England for over five years now, I prefer the weather here better and now I tend to dream of living in a historic home Montreal, Boston, or any number of larger cities in the Northeast. I can still dream of a vacation home in New Orleans, but I’ll need to win the lottery first. 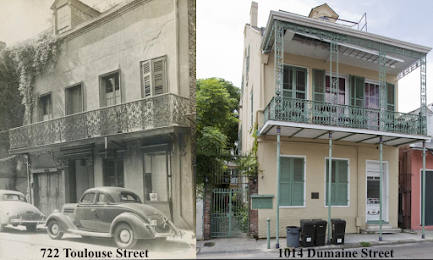 The Southern Historical Association's Annual Meeting is in New Orleans again this year, at the Astor Crowne Plaza in the French Quarter. Thanks for sharing this lovely piece, Joe.