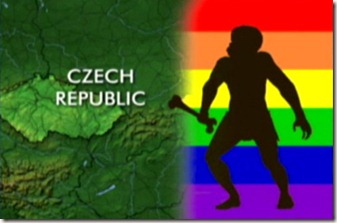 The male body – said to date back to between 2900-2500BC – was discovered buried in a way normally reserved only for women of the Corded Ware culture in the Copper Age.

The skeleton was found in a Prague suburb in the Czech Republic with its head pointing eastwards and surrounded by domestic jugs, rituals only previously seen in female graves.

"From history and ethnology, we know that people from this period took funeral rites very seriously so it is highly unlikely that this positioning was a mistake," said lead archaeologist Kamila Remisova Vesinova.

"Far more likely is that he was a man with a different sexual orientation, homosexual or transsexual," she added. 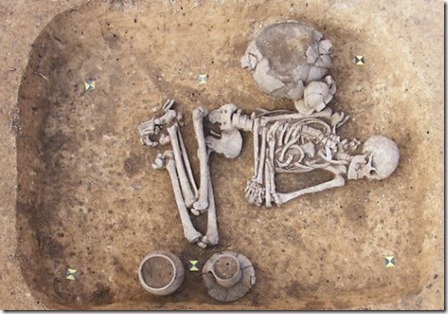 The men would be buried alongside weapons, hammers and flint knives as well as several portions of food and drink to accompany them to the other side.

Women would be buried with necklaces made from teeth, pets, and copper earrings, as well as jugs and an egg-shaped pot placed near the feet.

"What we see here doesn't add up to traditional Corded Ware cultural norms. The grave in Terronska Street in Prague 6 is interred on its left side with the head facing the West. An oval, egg-shaped container usually associated with female burials was also found at the feet of the skeleton. None of the objects that usually accompany male burials such as weapons, stone battle axes and flint knives were found in the grave. 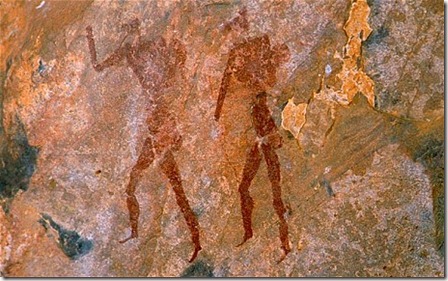 "We believe this is one of the earliest cases of what could be described as a 'transsexual' or 'third gender grave' in the Czech Republic," archaeologist Katerina Semradova told a press conference on Tuesday.

She said that archeologists had uncovered an earlier case dating from the Mesolithic period where a female warrior was buried as a man.

She added that Siberian shamans, or latter-day witch doctors, were also buried in this way but with richer funeral accessories to appropriate to their elevated position in society.

"But this later discovery was neither of those, leading us to believe the man was probably homosexual or transsexual," Semeradova said.

The Corded Ware culture takes its name from the frequent use of decorative cord impressions found its pots and covered much of North, Central and Eastern Europe.

It is also known as a single-grave and battle-axe culture due to separate burials and the habit of being buried with stone axes. 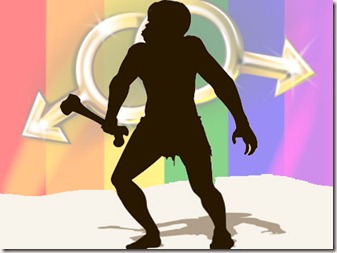 But check out this assessment of the find There's no reason to assume he was homosexual, transsexual, bisexual or anything else. He wasn't even a caveman!

I messed up the link. Here's the URL: http://heresycorner.blogspot.com/2011/04/was-gay-caveman-actually-gay-or-even.html

Writer, thanks. I found this and thought it was interesting and knew had to post it.

Vilges Suola, I've quickly read over the link you sent me and will be looking further into this. I saw this as thought it interesting (as I stated above), and will do some more research into it. As a professional historian, I know the problems of seeing history through a modern day lens. I am very much in favor of historical objectivity and understanding the history of the world in its true context. After I read more, I will do an update to this post with a further analysis. Unless something comes up, I will have a post ready for Sunday. Thanks for the heads up and the other perspectives.

Or...he was simply buried BY WOMEN. Seriously, this sh*t passes for "science"?

skeptic, maybe you are just a little too skeptical.

Or maybe it was the lady gaga of their times...